As we all know that, yesterday Ministry of information and technology release a brief list of 118 application banned in India, Whereas a Chinese investor mostly funded the app. The app services belonged to Chinese investors or directly belonged to India. Whereas, the list includes big services providers such as Baidu, Xiaomi, TikTok, WeChat, and continues with Pubg Mobile.

Today, in China, they have released the press release suggesting to condemns the India bands over Chinese application. In contrast, India is violating the legal interests of services providers and Chinese investors. However, it China’s Commerce ministry “Spokesman Gao Fend,” says in its briefing asks India to correct its mistakes. 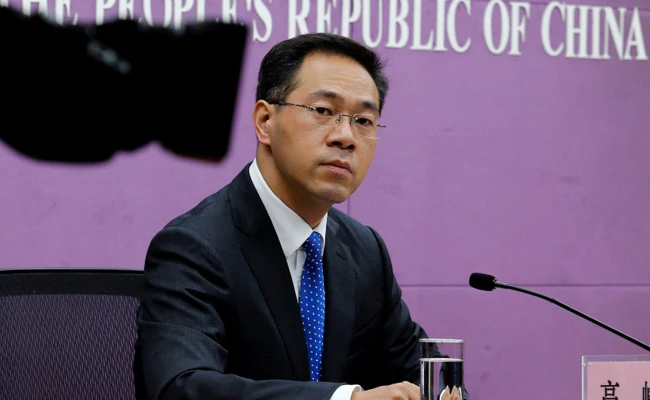 Furthermore, Tencent seems to have a lot of investment in India’s service application as they were the Startup scene, and the list includes Swiggy, Dream 11, Flipkart, Hike, Practo. Hence, India IPL having a New Sponsor Dream 11 instead of Vivo this year. So, Dream 11 was also funded by Tencent so it should also be ban alongside those applications. The only difference is the application origin was China, not India. Moreover, those application having an origin India doesn’t face any BAN yet.

According to reports, Tencent alleged for data security since they have fallen down with 2% after the ban. The stock traded goes lower at HKG %533 (~Rs 5050). New Delhi HQ’s senior Indian official seems to have pressure on Chinese technology firms additionally the Stanoff with Beining at national border concern a disputed Himalayan border. India has deployed 4 Strategic hilltops.

There isn’t any press statement have been released yet. On the other hand, the Chinese Embassy didn’t respond either by NEW DELHI request both to respond accordingly. Whereas, India’s Ministry of information and technology claim this application could be a threat to India’s sovereignty and security. Notably, PUBG is No. 1 Battle Royal Game in India with 175 Million downloads which is 24% of total apps downloads record by SensorTower.

“apps collect and share data in a surreptitious manner and compromise personal data and information of users that can have a severe threat to the security of the state,” -INDIA (Ministry of Electronics and Information Technology)

Therefore, on India border, 20 Indian soldiers were killed by Chinese troops at a disputed Himalayan border, so India has responded with Digital Strike. India also prohibitions all the plans to hold to invest for at least Six months includes Alibaba and Tencent.

How to Download and Install PUBG Mobile KR 1.0 on Android Step by Steps