Xiaomi has officially launched its Global version of Mi UI 12 as scheduled, the beta version currently going. However, the first stable version for the MIUI 12 would be kicked out earlier June.

Xiaomi has officially confirmed the devices that are going to support MIUI 12, so fat that the device that will be starting Xiaomi MI 9, Mi 9T and Mi 9T Pro respectively with the Re-branded version as Redmi K20 and Redmi K20 Pro. 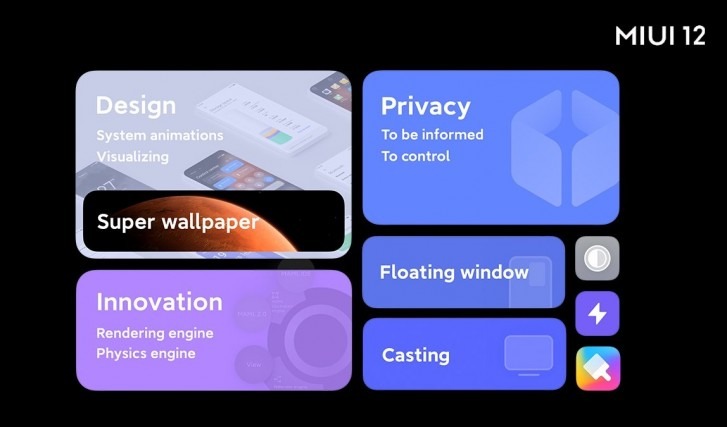 Therefore there is no confirmed announcement about the regional based Rollout instead it seems to be specific to Russia and Europe.the respective country will announce the Rollout on their respective event individually apart from China even does not having the dates.

A lot of new features included in this latest version of the custom skin such as, super wallpaper, dark theme version 2.0, animated always on display alongside mode basic feature that I am going to be rolled out with this update. Not to mention their work more new optimisation and the features have to be added, but there was some feature that is not going to be released for some specific device such as super wallpaper.

Furthermore, there were some major changes that have been made for the specific device such as battery indicator word for different display option. Even more, than the device will go to be updated to word Android 11 as it currently based on Android time but getting the feature of Android 11 is not a scenario.

It also going to include some new animations such as battery capacity and this uses so din and graphical format. Secondary the super wallpaper is going to be quite interesting, more than a live wallpaper experience. Three different seamless animations in super wallpaper animation such as Earth and Mars that you can change from the advanced setting. We already let’s know about the Global window experience, and the colour adjustment of the device is taken too seriously so it would not screen your eyes.

Xiaomi Launches MIUI 12 and Announces the list of devices that will receive, starting June