Xiaomi Mi 11 Review – Problems: You should know about before buying it review

Xiaomi recently launched the Xiaomi Mi 11, and the device was available globally, whereas this is the first android device and from Xiaomi that doesn’t bundle the power brick like Apple did this year. All you get inside the box is some manuals, device itself and the TPU case to protect the device.

One thing to note is that the charger you get with the device box itself was always the best charger for your device, especially in the android manufacture department. Something like this device, which supports 55W of Fast

charging seems like you shouldn’t have or need to buy the charger later. On the other hand, in China, users can request the charger if they wanted it for free, Which is great. We cane expected Xiaomi also bring this request feature for global as well.

First thing first, the device comes with a price tag of ~$600 with an aggressive price to specs up to the performance. Before going ahead, let’s take a closer look toward the device and know more about it. The device comes with a 6.81-Inch of QHD+ AMOLED Display panel with a 120Hz of screen refresh rate accomplished with a 450Hz of response rate. It does not end without mention, the world’s first 1500 Nits of maximum brightness.

Under the hood, the device has been powered by Qualcomm Snapdragon 888 Mobile platform makes it one of the most powerful Android smartphone. The chipset has been paired with an 8GB or 12GB of Ram alongside a 128/256GB of onboard fastest storage. In terms of camera performance, the device comes with a 108MP of the primary camera sensor and the deice also equipped wth an HK Speakers.

As we have already mentioned, the device supports a 50W of wireless charging and Reverse as well. Combing all these top-notch specs, it makes it one of the most incredible smartphones for the year starter.

The problem with the device -What’s the catch.

Here you go, Xiaomi is one of the few brands who always packed a great display no matter it’s from the category of AMOLED or IPS, but the reason is that they not always been on the top-grade. But this smartphone has been something that Xiaomi break there complaints by including this kind of display in this device. Xiaomi Mi 11 can play a video with a 1440p at 60fps at HDR, and the brightness is quite similar to the Samsung Note 20 Ultra. 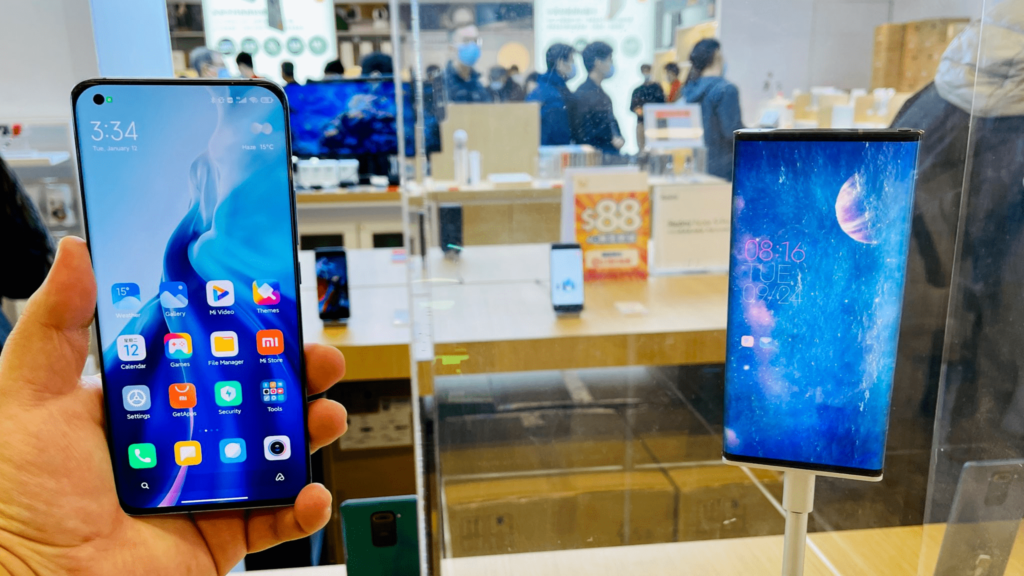 Therefore, Xiaomi bundled the MEMC chip, which can automatically add a few more frames to the Video to make it more smooth. However, the screen also well protected with the Gorilla Glass Victus and even the front punch-hole display hold the smallest camera cutout.

As the device having the HK speaker hence you can feel the sounds and the vibration on the rear panel don’t know if this was the feature or drawback for some it was useful like during playing game, but for some, it feels annoying.

As the device was faster and quicker than the Samsung Galaxy Note 20 in some aspect not a completely a difference for the display. We should have to mention, the device is running on MIUI 12.0.12 seems great but as the Xiaomi is always Xiaomi they packed a lot of junkware, Spyware were installed, and some are installed, and some are not. This is a whole gimmicky thing that Xiaomi is doing for almost a decade.

Expect from the Software, and the device UI seems amazing with the polished Animation across the whole UI. Most likely, it was quick endless rich within the UI, not only this even has the Xiaomi MOVE as Apple does. There are a lot of fo things in the UI itself and what I like is it even has a clear speaker option helps you with the specific soundwave which helps to remove dust from your speaker. 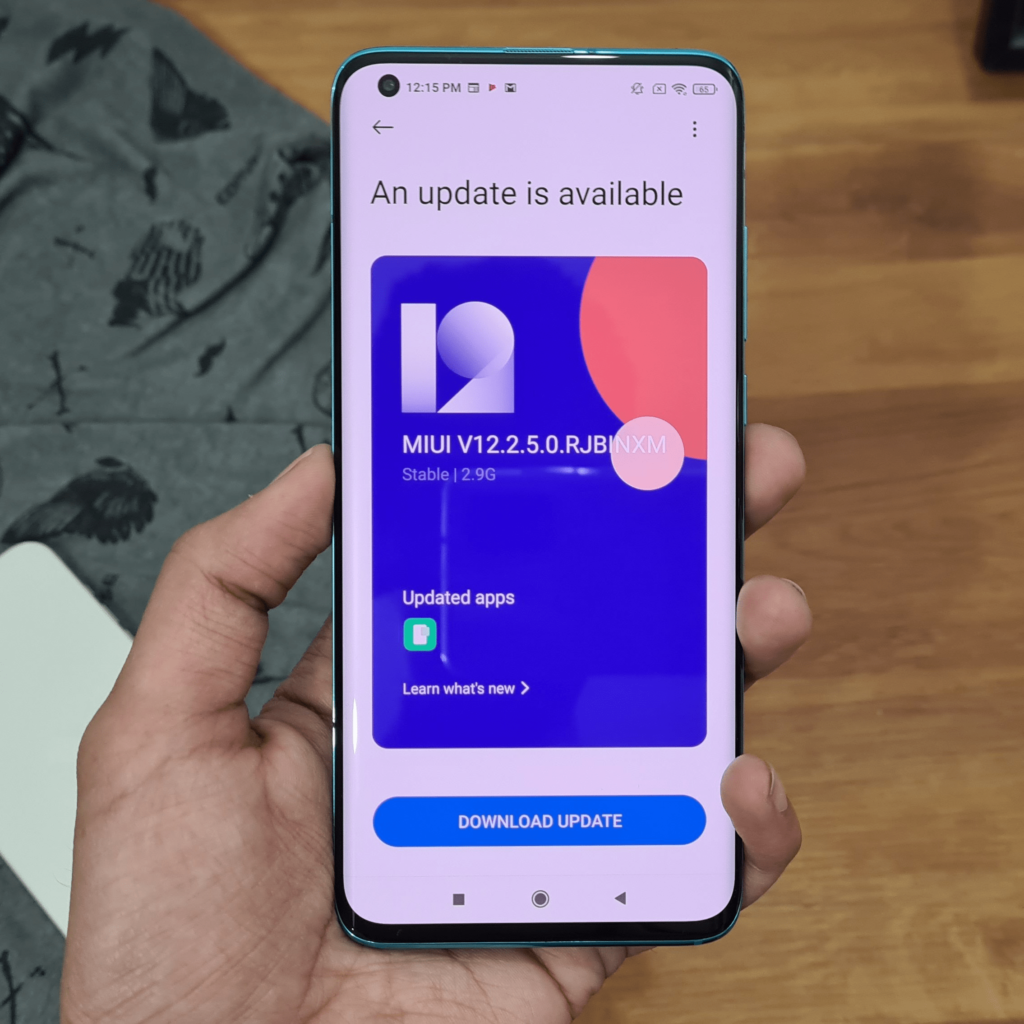 There were few simple things makes the device amazing, but at the same time, it feels confusing. As far as considering the deice display resolution written wrong likely in a wrong manner. In contrast, the device comes with an IR Blaster, Dual SIM Tray, Wave-forum like speaker grills. The rear panel feels like plastics and rough stretchy feel unlikely. Whereas the device has a great camera module and the embedded Text printed Xiaomi Logo. If you don’t like you can go for the glass panel.

As the device is rapidly adopting the gesture control and it works best with curve display, Xiaomi goes for the 4-Side curved display panel. There is some limitation with the device that you couldn’t use the screen protector, and the bezels seem symmetry. The fundamental things are that Xiaomi camera was having a lot of Camera effects, Video-Camera and other cool to try directly by accessing stock Xiaomi camera.

This time, Xiaomi didn’t gimmick with the Macro camera yes it was 5MP camera gives an amazing Macro feeling to it. There was a lot of camera fun and tricks to use the A-Grade Camera setup with an Amazing optimized camera app. Apart from Video and picture it great to keep up with Samsung Galaxy Note 20, but it lacks in night mode resulting in a blurry video performance.

Furthermore, this also come with a Night Mode video recording feature out f the box with a great level of performance. Zoom, Video continuously, Ultra-Wide angle lens is worst comparing to flagship Samsung Galaxy Note 20. Likewise, the device equipped with a 4600mAh battery and it seems okay to last for a day likely with top-setting enabled offers 6hrs battery life.

This device is great for $600 for the basic price in china, The device is going to be more expensive in another region because of export charge, taxes, and Xiaomi makes money from it’s service apps like Xiaomi Cloud but in other region go with Google Services. We believe there is the more best and better device that will be releasing shortly. If the device comes with a price tag of ~$800, then don’t go.

Hopefully, you like this review and helps you with your purchasing. Thanks for being with us. We would like to know your valuable opinion and feedback if there is any query share with us in the comment section down below. Stay tuned for more further updates in future on same.

Oneplus 7 Pro Problems: All You Need to Know Before Buying It.