Xiaomi is going to be launched there upcoming smartphone, the device belongs on somewhere in August and the device to be in a Xiaomi Mi 10 Series. The device seems to be quite promising so let’s take a closer look toward the device and know more about it. 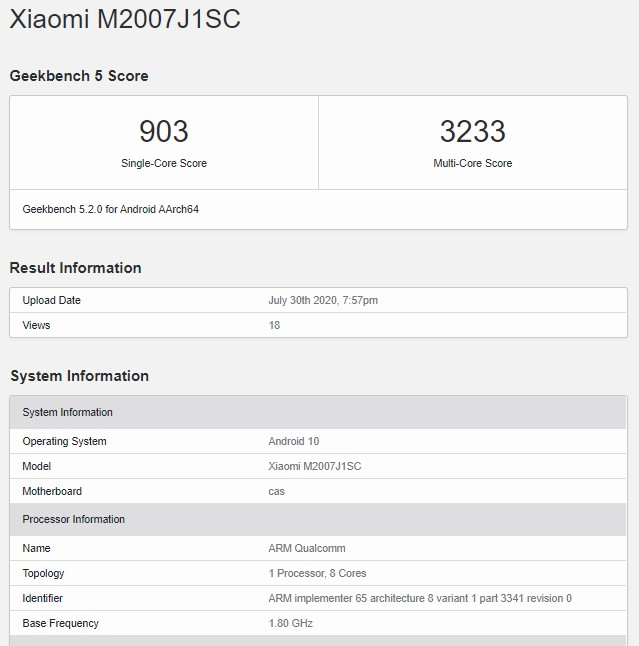 The device appears with the internal model number M2007J1SC and as rumoured the device with the codename CAS. The device also listed on Geekbench Performance alongside AnTuTu benchmark. Meanwhile, the device also has been received there SRRC and 3C Certification in China.

In terms of camera performance, the device most likely to going to be 48MP primary accomplished with an optical zoom, Ultra-wide angle lens and Macro lens. The device is going to be having an AMOLED Display panel delivers a 120Hz of screen refresh rate alongside a punch-hole camera cutout placed on the upper left corner of the device.

Thanks for being with us, we would like to know your valuable opinion and feedback if there is any query share with us in the comment section down below. Stay tuned for more further updates in future on same.