There are 8 Million data centre are around the world, Which are operating to serve us an online world with speed to 1000x times every single second. Where Microsoft taking steps to re-design the entire Data Center are located for an upcoming modern world to improve all our cloud-based services. Whereas, everyone around the globe shifted online because of COVID-19 relay on the Internet.

Contents hide
1 July 9th 2020
1.1 Where are Microsoft data centers located?
2 The Problem and the Solution
2.1 Why did Microsoft put a data centre underwater?
2.2 Why do companies use data centers?
3 Right Time – Right Place
3.1 Why do data centers need water?
4 Microsoft ThinkWeek 2014
5 Effect on the sea’s temperature

Where, the Service provider requires a best-in-class data centre with the most energy and time effect data centre to delivers a powerful service experience. Where Microsoft reached the end of 2 years

of Stage 2 experiment with syncing the data on the surface of the seas. So, today all things to know about this and why this is the big news to consider let’s check this out.

Where are Microsoft data centers located?

Starting with the data July 9th of 2020 Microsoft reeled up what it called its Northern isles with a 12.2 in Size made up of Steel takes placed 117 ft down from the surface of the ocean for where this project named NATICK 2 years, which is later analysis by an engineer in order to study everything. Therefore Microsoft chose a location for this experiment was in the range of 10 Mils off the coast of Scotland in the Orkney Islands this place, 100% of the energy are Renewable energy. 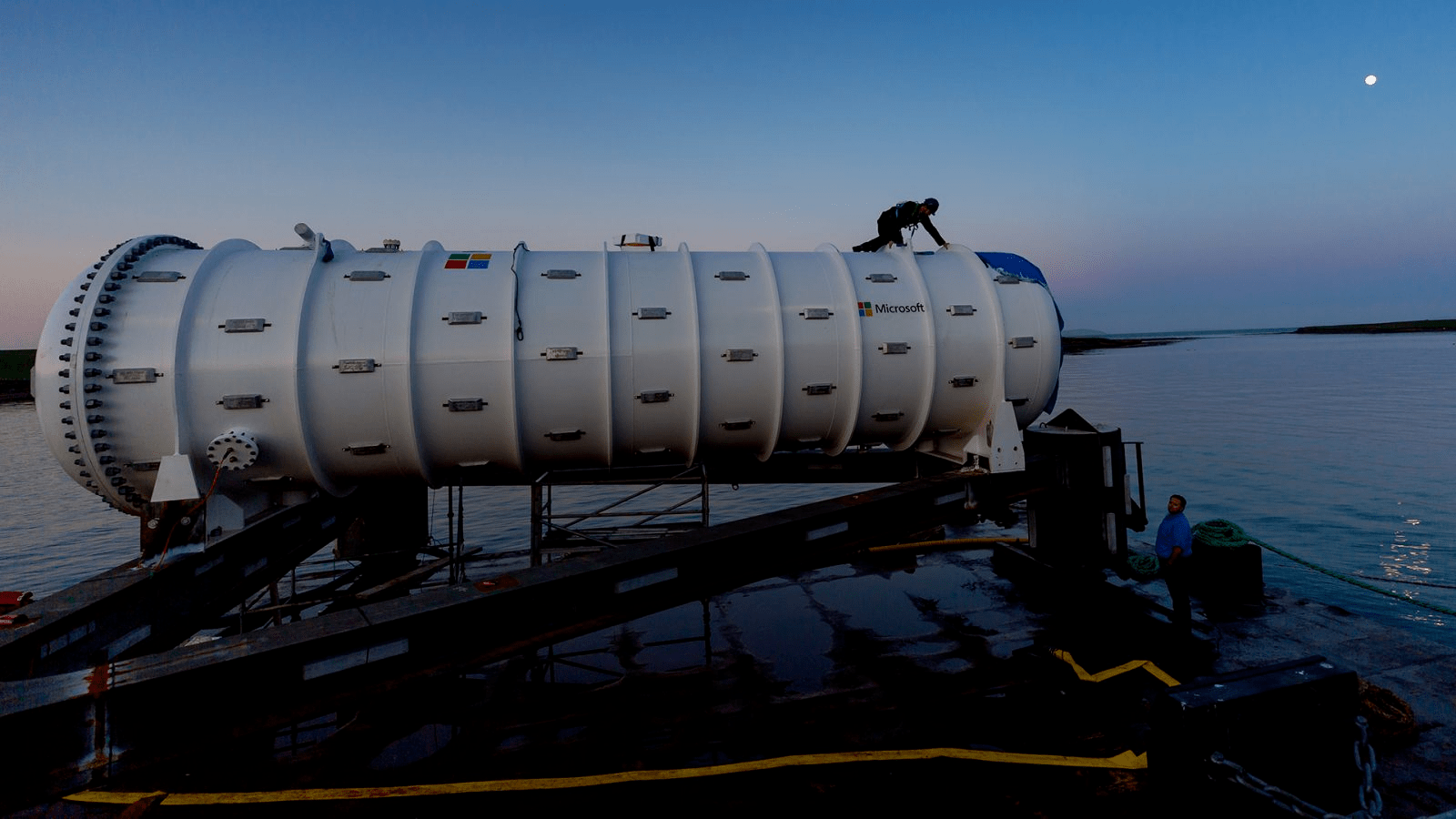 The Problem and the Solution

The real problem with the current Data Center is the maintenance, which includes the corrosion to there data centre and the temperature fluctuation. Additionally, these data servers used to process a lot of data at the same time, so they require to have a constant cooling system. On the other hand, by using a tight cooling container can potentially help to alleviate some of these concerns and reducing energy helps us to maintain the environments. According to reports, 1/5 of the data centre energy requirements is to keep the constant cooling of the data centre.

Why did Microsoft put a data centre underwater? 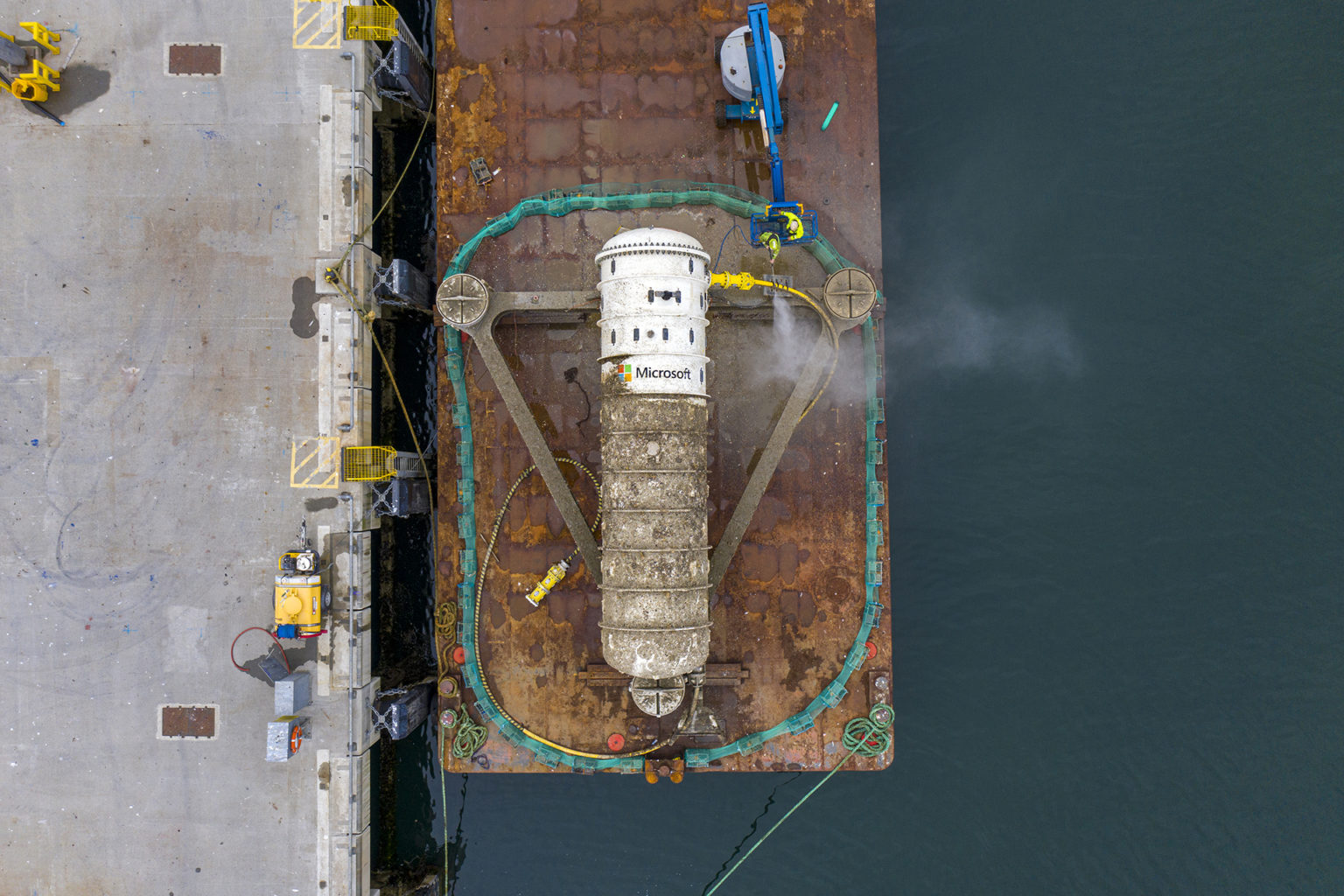 Throughout, with the help of tightly sealed container below the surface of the ocean helps to reduce maintenance, Save energy required to cool the data centre because the sea does this for free. This research practice gives some potential data and also more secure than a land-based data centre. It is more difficult because compared to the traditional data centre with trained security guards because it was a lot easier to reach data centre compare to reaching to the bottom of the seas.

Why do companies use data centers?

50% of the world population lives near the 120 miles of the case, likely a 2 Hours of drive-throw comparing the traditional data-centre located a lot far away from the cities means it was faster to reach the data to you. Which means a lot faster, Better and others by expert saying more in terms of energy and stability for users by distributing data-centre according to need to there nearest.

These will be power by WindMills utilising the wind-energy nears coast alongside Fiber optics cable used to connected and transfer data from the centre with a power-line for a backup. This need to have a multi-national effort; hence the tube was made by french ship-manufacture by Naval, and then europian marine laid out by them before it was dipped into the on June 8th 2019.

Why do data centers need water?

These all resulting in a lot of negotiation and communication, afterwards we need to wait for the calm water to perform and it not easy for North-Sea. Under the hood, Microsoft Data-Tube includes 864 Service with a combination of 27.6PB, which is 27.6 Million GB of data equivalent of 100,000 MacBooks.

An annular event at Microsoft, where employees share their idea about advance ideas. After 2 Years, when the data-tube takes out, it was covered with algae barnacles and Sea anemones. After a Quick Pressurised water wash it get clean quickly and after the analytics, hey found this 8x times more reliable than traditional data centres. Some experts believe that the stored nitrogen helped them with extraordinary success and they could survive for an lf-of decade. 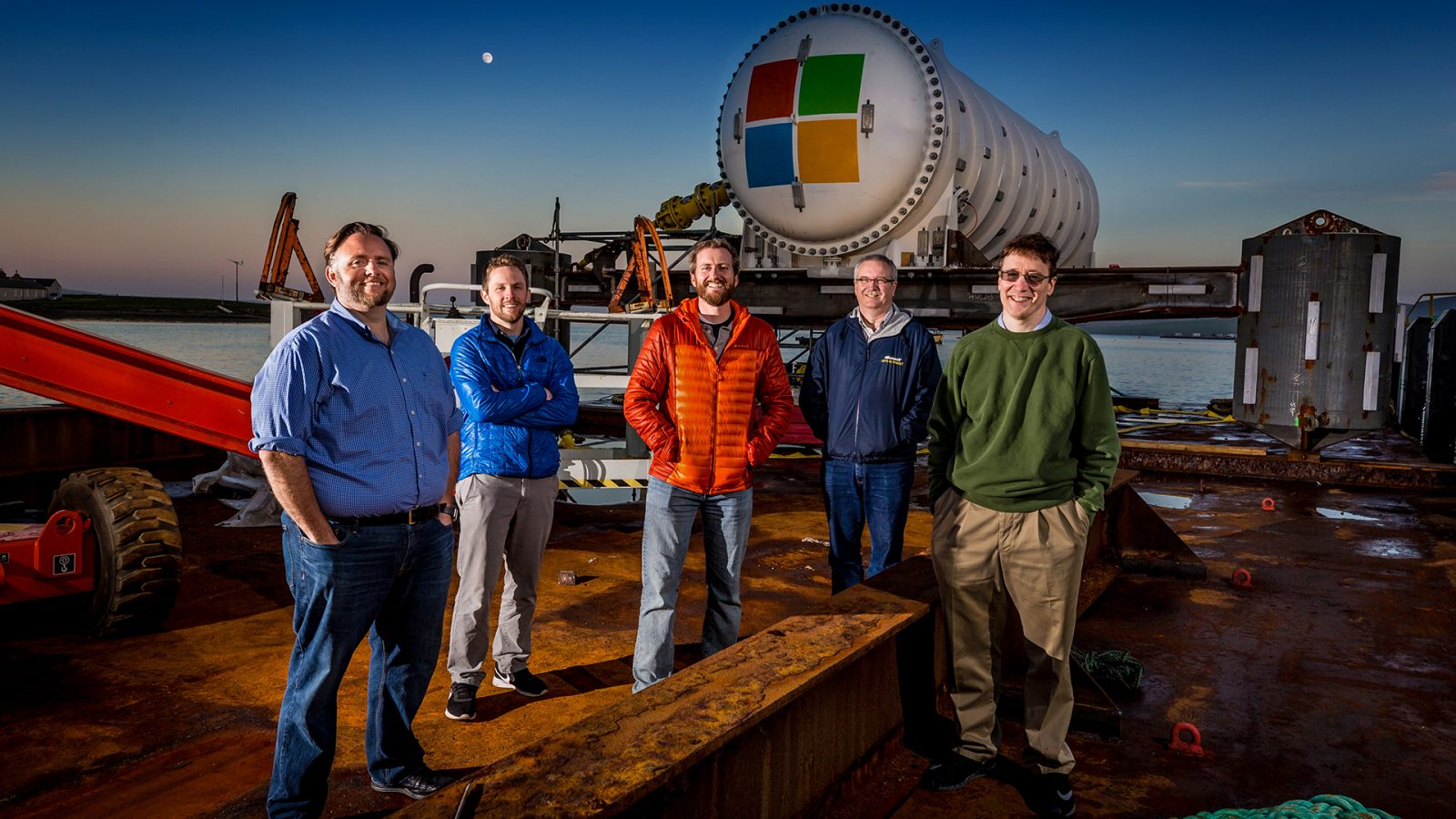 Microsoft team was still busy with researching and finding out everything they can get from these experiments. Cloud expert paul Johnston estimated that only 2% of the carbon footprint comes from the data-centre. In contrast, it was nearly going to take 0.1% space on the ocean.

Effect on the sea’s temperature 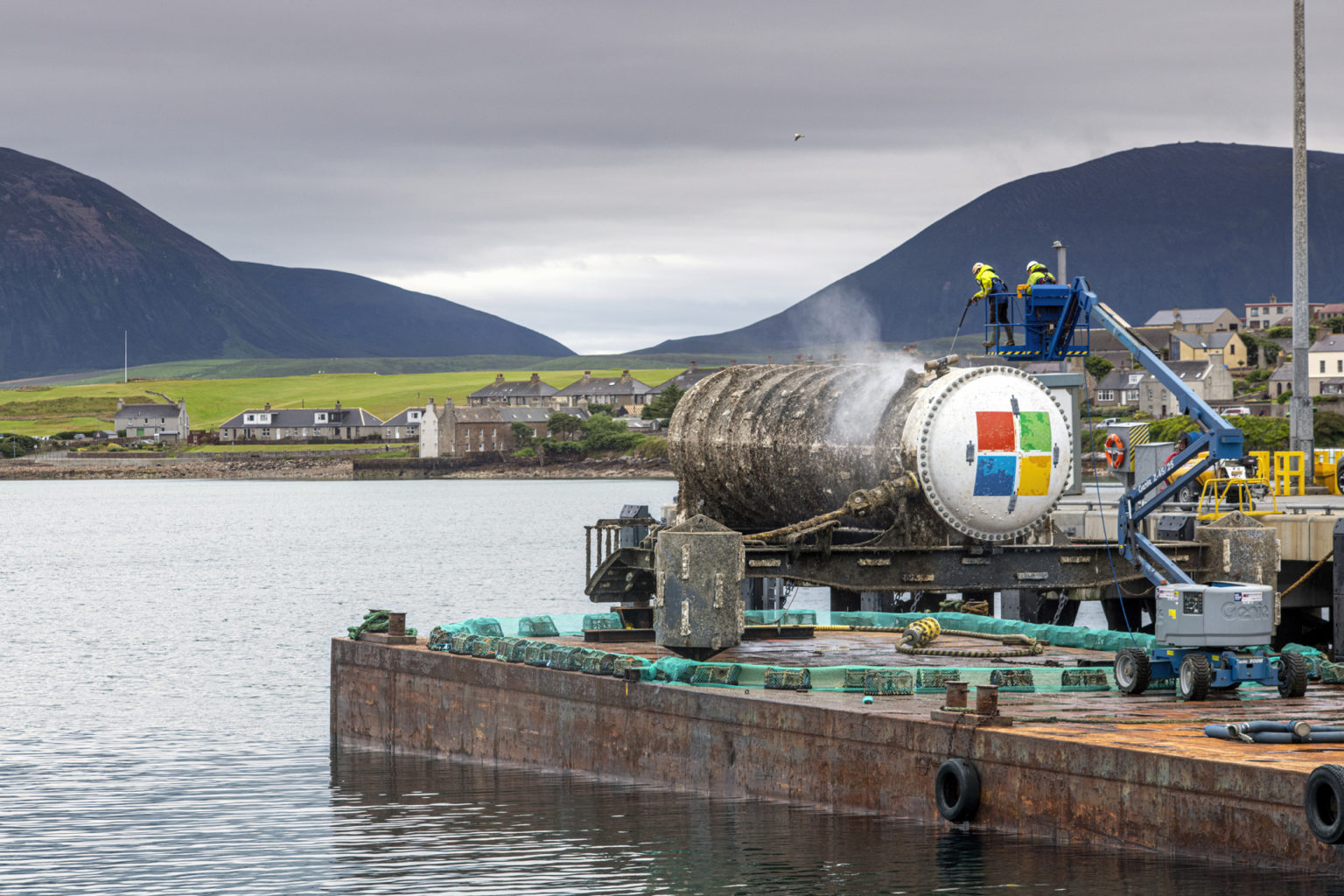 The ocean is naturally calm, and it was going to quickly disseminate the heat from the data centre, and the effect is negligible even with an advance measuring tool. So, it takes some time to know more and wait for the next press release about it.

Let’s us know what did you think about this in the comment section down below. Stay tuned for more further updates in future on same.

How to Disable Precise Location in iOS 14 - Quick Guide

Hulu Review | Price, features and content – Everything you need to know.

ZEE5 Review | Price, features and content – Everything you need to know.

NordVPN Review – Everything you need use to protect your privacy