What Went Wrong With Freedom 251: Everything you Need to Know

In 2016 Freedom 251 is been Announced and the Technology World globally was taken by storm because it offered an Android Smartphone that cost less than $4. The Company based in Noida (India). The Smartphone is been Marketed heavily as the World’s Cheapest Smartphone and the device itself sold by Ringing Bells private limited.

There is No News about the Delivery of the Smartphone over 70Mn Registered and Mohit Goel, Founder of Ringing bells arrested by police in Delhi among others.

They Were arrested for multiple times on the count of fraud, Misleading and the Fraud Scheme.

Let’s Know, What happens to the Cheapest Smartphone Which launched with a vision to make 1.3 Billion peoples in India at a lower cost. We all know that People in South-Asia were More sensitive than others. They aim to give them Services access to the internet and Device to Billions of People in India Who Were can’t purchase the Smartphone.

It Started from 2016, Ringing Bell Hosted a Media Event to announced Freedom 251 and it initially grabs the hype With a Headline With the Cheapest Smartphone With a Price of $4 ($251) around the World. Ever Media Industry from Digital to Newspaper, Everyone Were talking about it and it Becomes a Global Name. Also, Founder claimed the Device Will be delivery by end of Feb. 2016 and it Receive 70Mn Pre-orders. However, it also available for Cash on Delivery (Most Preferred Payment Option in Indian E-Commerce Space) and that’s not an option, to begin with.

Meanwhile, The Doubt Was Started and by the End of 2016 Delivery of Phones did not start. Then they Initial Promise to Deliver 25,00,00 Phones before June 30 and it also Not Delivered. Then they Realise and Start With a New thing by Pre-Book and Yes! People Instantly pre-booked with 30,00,000 Freedom 251. Not to Mention, It was not Delivered and People Were Waiting for the Next of the Order, After they can’t deliver Smartphone they Returned Pre-Book Money to their customers. 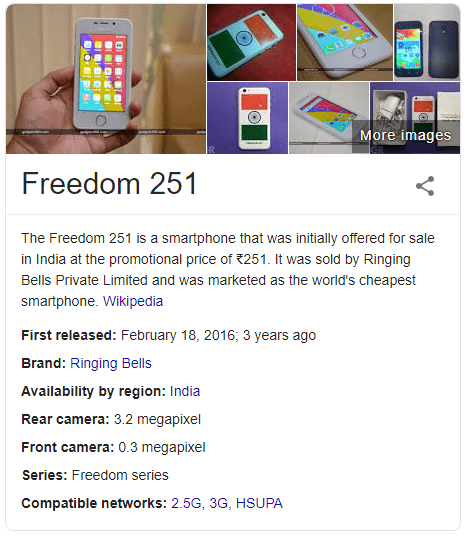 Then they announced they Will Deliver 5,000 Unites of Device Before July 2016 and Successfully Delivered Likewise, They Were Arrests and there Were No More News. This all Happens Because the Launch Event attended by a Member of parliament and People thinking about it could be a Part of India Initiative “Digital India” but Government clear that it Doesn’t support Freedom 251 and Founder of Freedom 251 Write a Letter to Narendra Modi to Funds ₹50,000 Crore in his Project.

On the other hand, The Telecom Ministry after Conducting an Internal Assessment on the phone found it could not be offered for less than ₹2,300 – ₹2,400. Whereas, Company says if they Were able to Sale 75 Crore Smartphone it Would then Sell these Phones at the Price of ₹251 and Will be Generate Profit by their Services
with a Small Loss for the Consumer, all this Make Sense but they were also Said they Were 60% Components Locally.

As the Device Completely Make in India and they Were Looking for More Investment for 70-80 crores, to begin with, 25 Crores Invest for Freedom 251. while they Failed but His Found said there Vendors failed and Now they disappeared and all We are left With the tales of Multiple legal tangles it entered into. Also, the India Government didn’t support by gives his Company ₹7.4 Bn over 750 Mn of India Population would become a Part of Digital India. 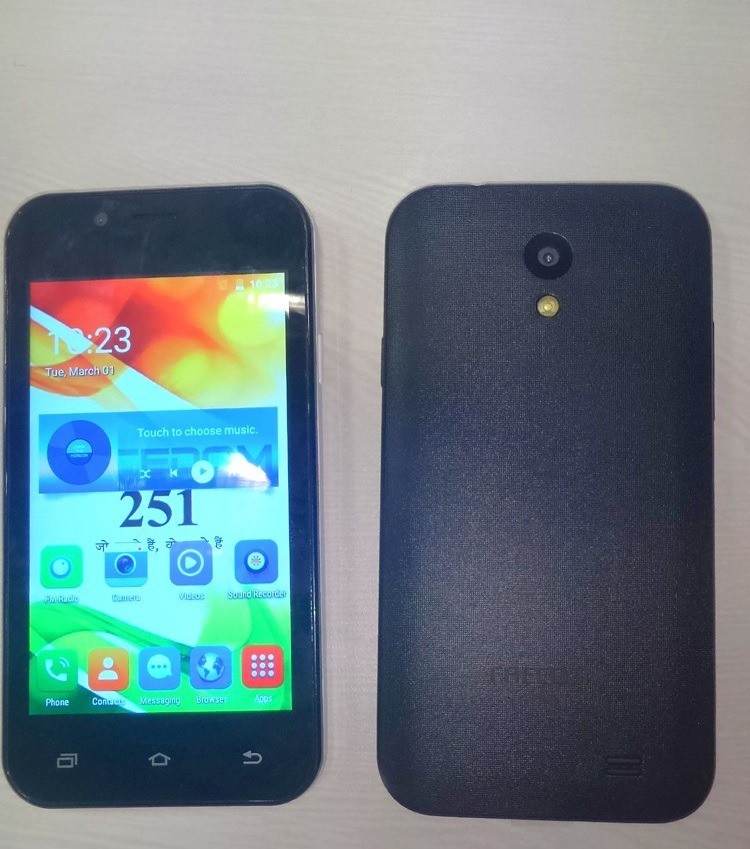 Even he said that, If the Government Helped today, he could still deliver the Device by March 2019. Ultimately, The Image of India Globally tarnished and been pushing With Such tall Claims. This is Nothing more than Scam and in the End, The Government Support has to be Positive to promote Innovations and it Very Challenging to decide Wheather the Innovation Would be Success or Failures.

Thanks for being with us, Share your More valuable opinion and feedback in the Comment Section Down below. Stay tuned for further updates in future on same.

Midasbuy Offer to Get Rewards Scar-L, a Rebate Outfits and Guardian.

Romeshwar Prasad, 1 year ago 3 min read
How To

Romeshwar Prasad, 2 months ago 7 min read
How To

TV Vs Monitor? Are TVs as good as Monitors for Gaming?

YouTube Music Premium Problems, Explain Everything you Need to Know?

How to Avoid Recycle Bin When Deleting Files on Windows 10

Sandeep Gautam, 6 months ago 2 min read
How To