This smartphone display supports 1080 x 2340 pixels full HD+ resolution. The Vivo V1936A was spotted on Geekbench with Snapdragon 855 SoC, 8GB RAM and Android 9 Pie. The device scored 3516 in the single-core test and 11262 in the multi-core test. it Offers a High-End Graphics Performance alongside a Zero-Lag Touch using its Game Booster to Accelerate the Gaming Resources. However, It also has a 4D Game Shock 2.0 Technology. 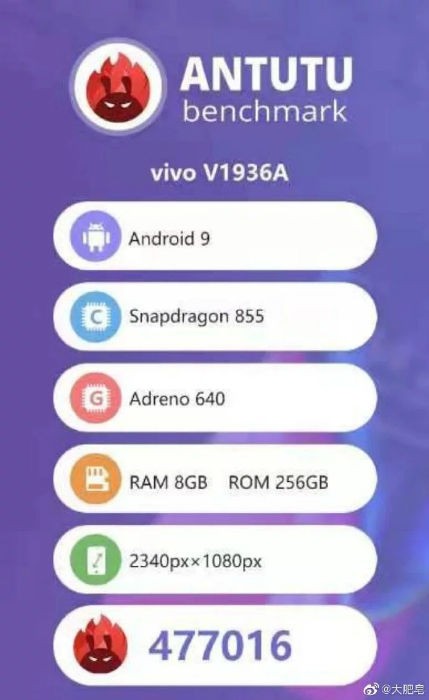 This device scored 477,016 points in the AnTuTu benchmark test, which is said to be higher than any other Snapdragon 855-powered smartphones. The Vivo V1936A phone was recently spotted on the database of China’s 3C authority which revealed that has 33W technology. Further, it also has an Enhance Version of in-Game Vibration. The Listing in the 3C Database Has Not Revealed anything else about the Upcoming Devie.

Sensors on the device include an accelerometer, gyro sensor, a geomagnetic sensor, hall sensor, proximity sensor and RGB light sensor. So, Connectivity options in the smartphone include, Wi-Fi 802.11 a/b/g/n/ac, and Bluetooth 5.0.

Thanks for Being With us, Share your Valuable Opinion and Feedback in the Comment Section Down Below. Stay tuned for More Further Updates in Future on Same.

The Xiaomi Black Shark Gaming Phone -To be Launched soon

Oppo A9 Goes officially with helio P70 with Gameboost 2.0