Vivo upcoming budget affordable smartphone, the Vivo S7 is going to debut in china as scheduled to be launch on August 3rd. Therefore, the device seems to be quite promising, so let’s take a closer look at the device and know more about it. 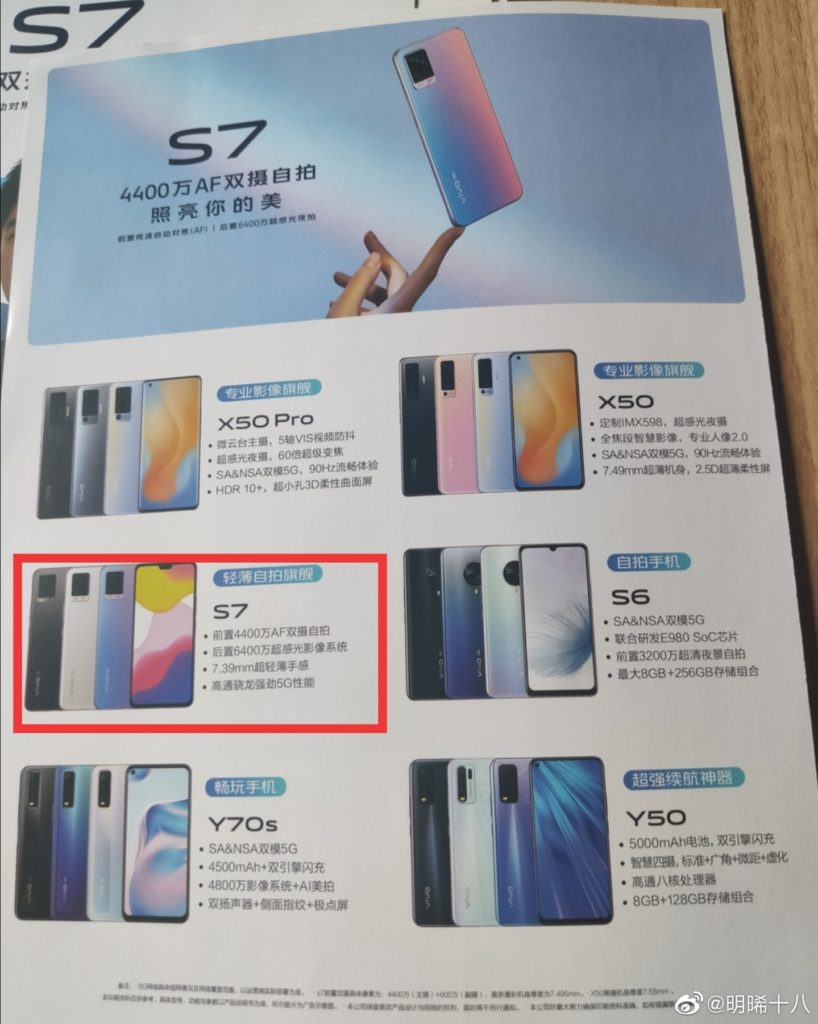 Furthermore, the device houses a 64MP primary camera sensor. Under the hood, the device is going to be powered by the Qualcomm Snapdragon 765G Mobile platform based on an octa-core CPU. Moreover, the dimension of the device measured as 7.39mm thickness and weight of 170 grams. On the other hand, the device notably is going to offers a 44MP Dual selfie shooter up front.

Therefore, the chipset of the device integrated with a 5G Connectivity. In contrast, the device is going to comes with a 6.43-Inch of an AMOLED Display panel. The SoC paired with an 8GB of Ram and 128/256GB of onboard storage.