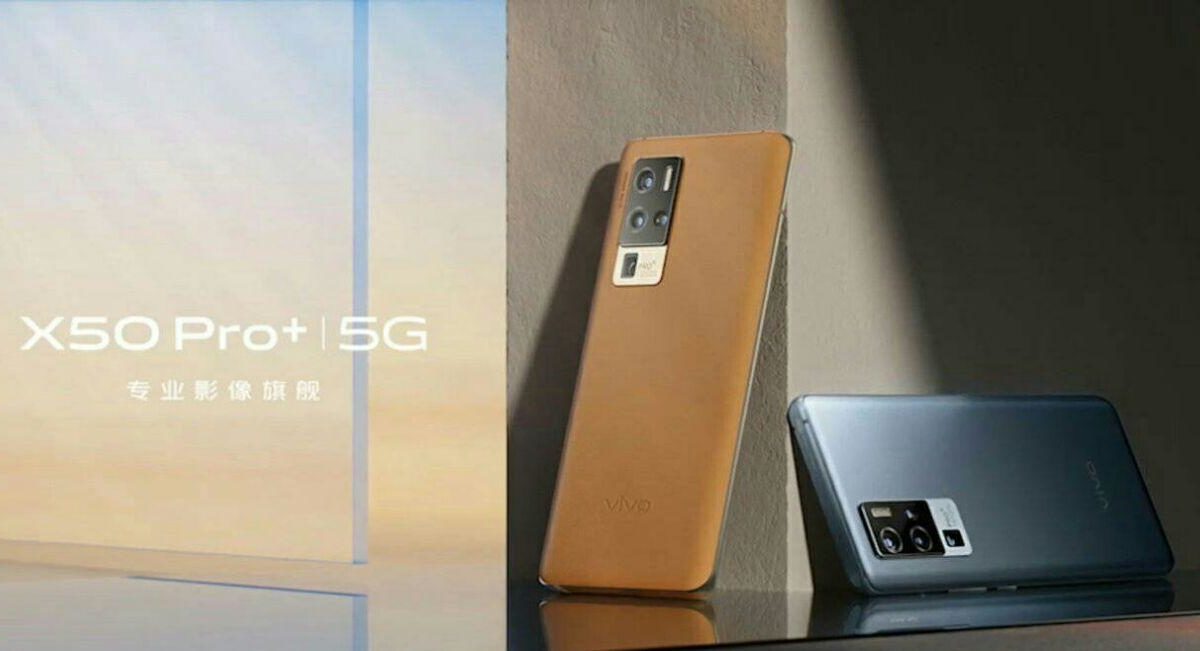 Vivo latest premium, the flagship smartphone the Vivo X50 series, which includes a Vivo X50 and Vivo X50 Pro, has been confirmed, and Vivo was already starting teasing there smartphone to be launch in India. It seems to be expanding globally soon, so let’s take a closer look at the device and know more about it. 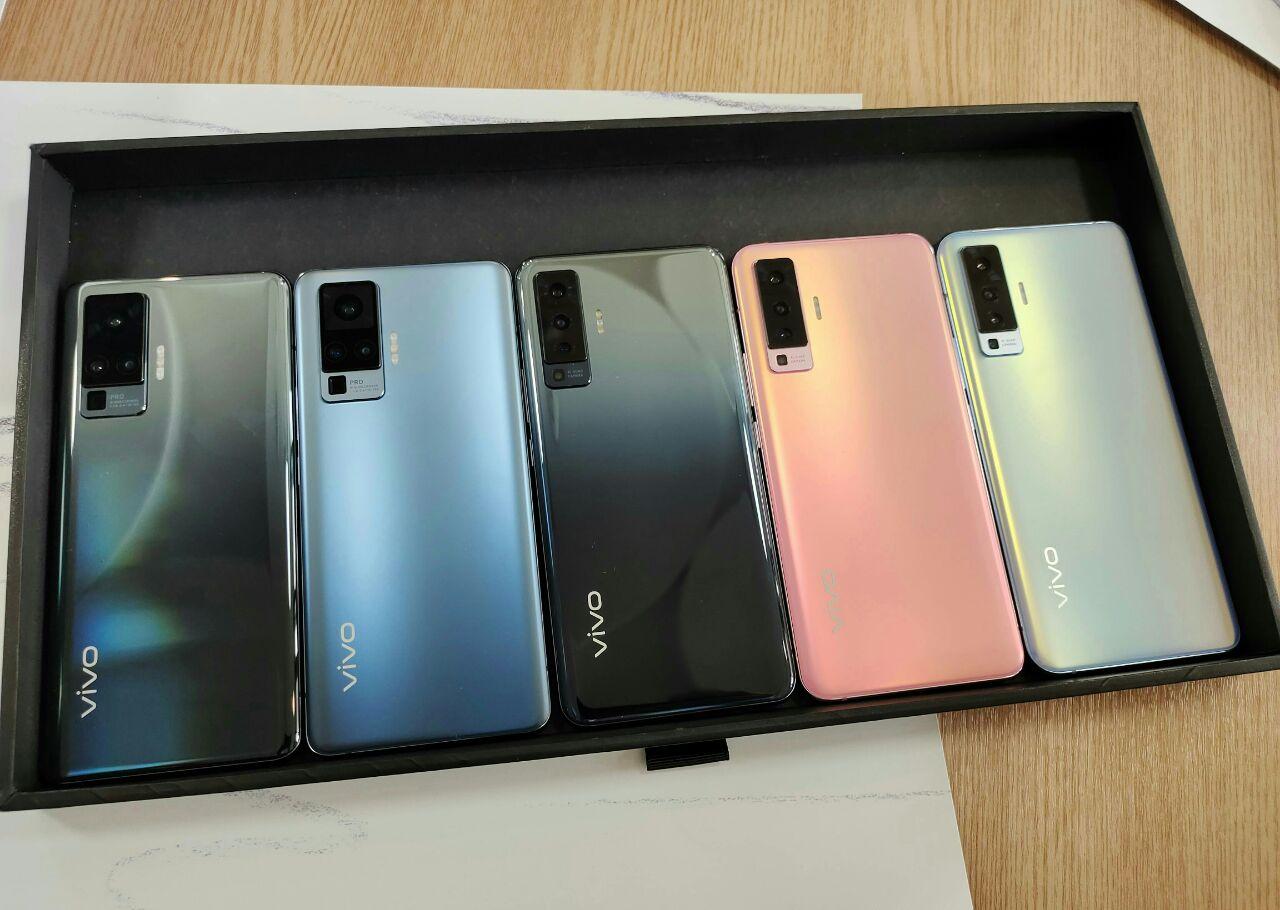 Vivo launched there Vivo X50 Series last month in China. The device also scheduled to launch in several other markets on July 16th and July 17th. However, the device is also expected to be debuted in the early week of July.

Not to mention, the

device is confirmed to launch in Major Asian market includes Malaysia, Singapore, Cambodia, Vietnam, Thailand, Indonesia, and India as well. Therefore, the device delivering some of the most promising features. 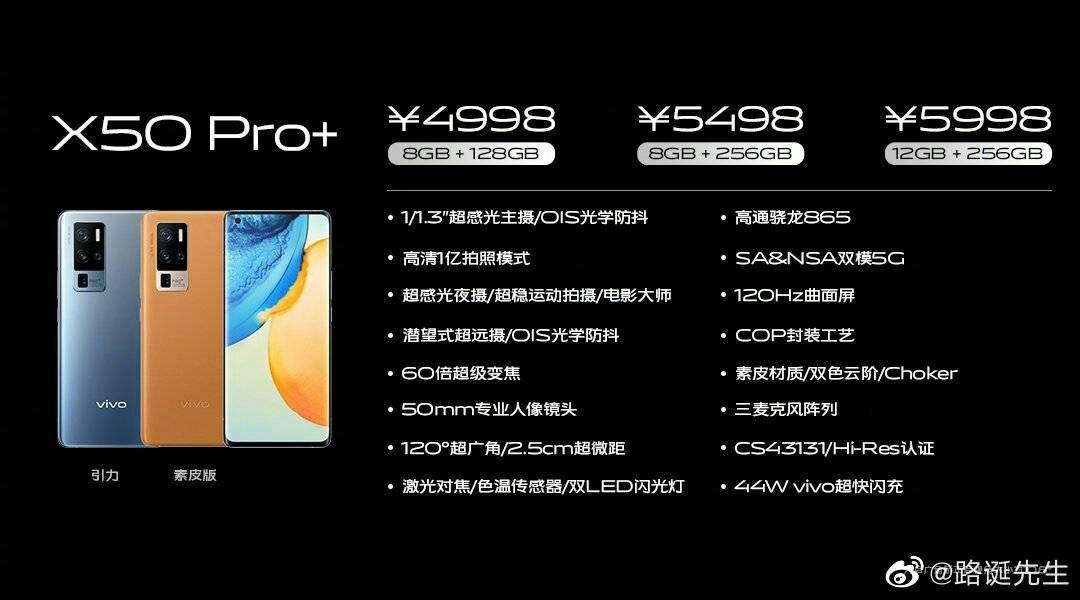 The device will come with a 6.56-Inch of Full HD+ OLED Display panel featuring a 120Hz of screen refresh rate. Where the device likely to be having a punch-hole camera cutout placed on the upper left corner of the device.

In terms of camera performance, the device will have a Quad rear camera module aligned vertically placed on the upper left corner of the device. Whereas, the device comes with a 12MP ISOCELL GN1 4-in-1 tetra cell algorithm. Moreover, the 8MP Ultra-wide angle lens + 13MP Portrait lens. The device offers a 60x Hyper Zoom with a 5x optical zoom. At the same time, the front had a 32MP Selfie shooter. This is the younger option to adopts. It comes with a 6.56-Inch of Full HD+ OLED Display panel with a punch-hole camera cutout placed on the upper left corner of the device. It supports both 90Hz and 120Hz of screen refresh rate allow switching between both.

Meanwhile, it was having a gimbal-like stabilization utilizing a 48MP primary Sony IMX598 + 8MP Periscope with 5x optical + 8MP ultra-wide-angle lens + 13MP Portrait lens. Under the hood, the device has been powered by Qualcomm Snapdragon 765 Mobile platform. 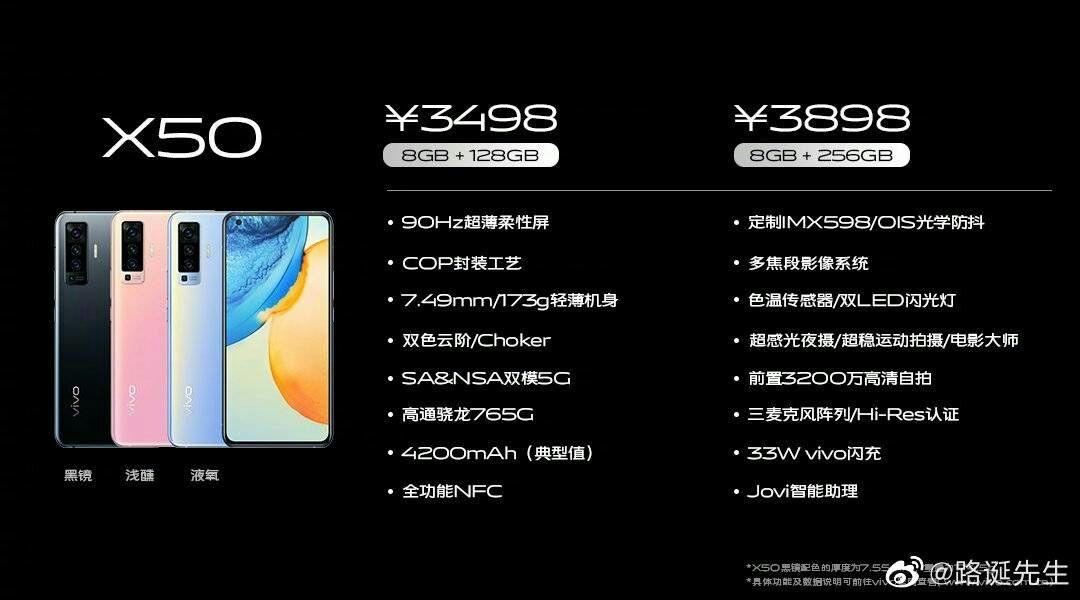 The Vivo X50 was likely to be the lowest variant of the device, Where the device seems to be 7.49mm slim. The device also featuring 5G Capabilities, and it comes with a 6.56-Inch of Full HD+ OLED Display panel. In comparison, the device offers a flat display instead of Curved featuring a punch-hole camera cutout placed on the upper left corner of the device.

Therefore, the device offers a 48MP Sony IMX598 Primary without gimbal stabilizing mode, but it includes an OIS. Moreover, it packed an 8MP periscope with a 3x optical zoom + 8MP Ultra-Wide angle lens. In contrast, the front having a 13MP Portrait lens.

Under the hood, the device is going to be powered by the Qualcomm Snapdragon 765G Mobile platform based on an octa-core CPU. In contrast, to power the device, it is going to equip with a 33W of fast charging solution bundled in the box.

The starting price for the device was starting with a 3498 Yuan (~$491) and 3898 Yuan (~$547), respectively, for the 8/128Gb and 8/256GB of memory configuration. Thanks for being with us, We would like to know your valuable opinion and feedback, if there is any query remain share with us in the comment section down below. Stay tuned for more further updates in the future on the same.