Tecno launched its Latest Smartphone belong to Spark Series in India With Some Decent Specification. Where the Named of the Device is Tecno Spark Power beacuse of Device Equipped With Massive 6000mAh battery.

It comes with a 6.35-Inch Display With a 720pixel Resolution Display Which is Well Protected by 2.5D Curved Tempered Display. Where it Featuring a Waterdrop Notch Display and it has Minimum Bezles Expect a Semi-bezel at the Bottom.

Meanwhile, the Rear Panel of the Device manufacture using a Polycarbonate. For Privacy Security if Having a Rear Mounted Fingerprint Sensor. The Dimension of the Device Measured as 158.5 X 75.98 X 9.17 mm and weighs 198.2 grams.

To Power the Device, it Was Powered by MediaTek Octa-Core Helio P22 Soc based on 12nm FinFET. Chipset is Paired With 4GB of Ram and 64GB of onboard storage. Further, you can Expand the Storage using MicroSD Card up to 256GB Storage.

In the Terms of Camera, The Device having a Triple Camera Module aligned Vertically placed at the Right Side of Rear Panel. Where it Housing a 13MP Primary F/2.0 + 8MP Ultra-Wide angle Lens + 2MP Depth Sensor. While the Front is a 13MP Selfie Shooter, Which Support a 1080 Video Recording at 30fps.

For Connectivity, it Supports a 4G LTE and VoLTE on Both SIM Slot. Likewise, it also Supports a Wi-Fi 80.11/ac alongside a Bluetooth 5.0. To Power the Device it Equipped With a 6000mAh battery using a 10W Standard Charger bundled in the Box. Which Likely to takes 3 hours of Charging for 100%. 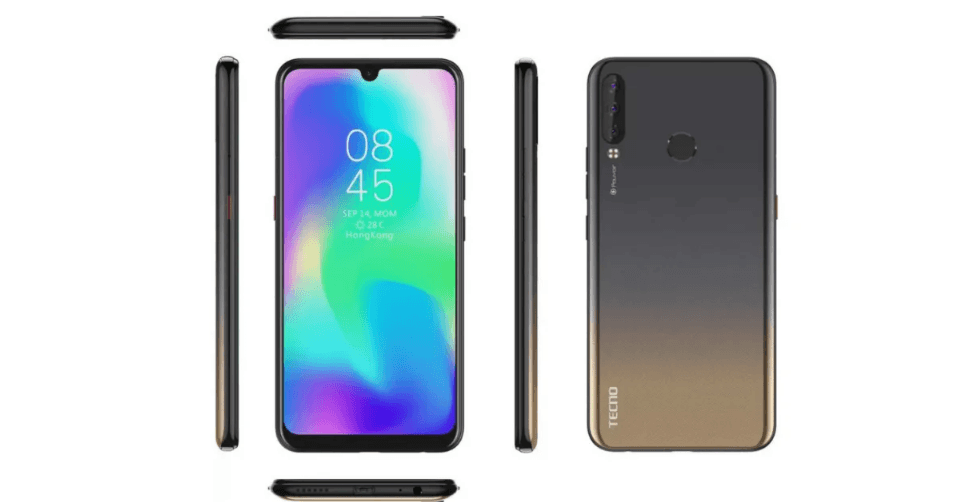 The Device is Powered by Android 9.0 Pie-based Custom Skin HiOS 5.5 Out of the Box. This Device initially Comes in Bawn Blue and Alphenglow Glod Shaded for the Price ₹8,499 and Will be available on Flipkart From December 1st.

Thanks for Being With us, Share your More valuable opinion and Feedback in the Comment Section Down Below. Stay tuned for More further updates in future on Same.