Tecno Spark 5 Offical launch for India with MediaTek A22 and 13MP AI Quad camera for Rs 7,999 on Amazon

Tecno has officially launched its latest smartphone that seems to be quietly affordable, and the device was Tecno Spark 5. So let’s closer look towards the device and no more about it.

It comes with 6.6 inches of HD Plus within support of 1600 x 720-pixel resolution along with a 20:9 aspect ratio. It was having a punctured camera cutout placed on the upper left corner of the device, and it has a Narrow Bezels that sounded the display.

Under the hood, the device is being powered by MediaTek helio a22 mobile processor based on octa-core CPU clocked at 2.0 gigahertz. The chipset of the device is conferred with 2GB of RAM and 32GB of onboard storage. Further, it will expand the storage using a dedicated MicroSD card slot. 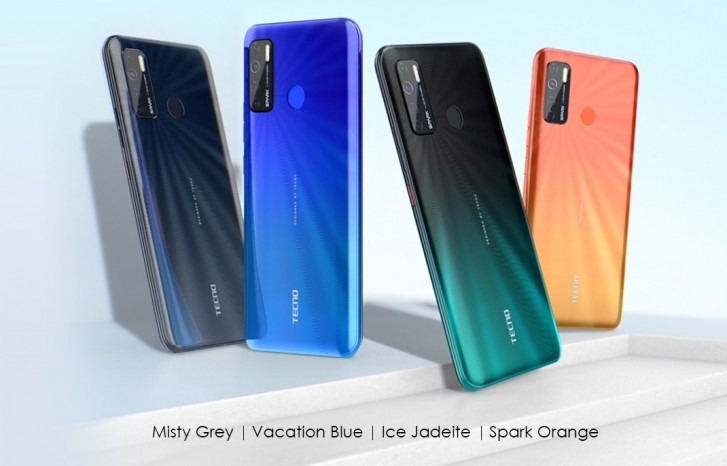 Additionally, either device has been running on Android 10 based custom skin HiOS 6.1 out of the box. Furthermore, to power the device within a 5000mAh battery more durable for long sessions usages. As for connectivity, the device has a dual 4G LTE, Wi-Fi 802 ac, and Bluetooth 5.0 alongside all basic sensors.

In contrast, the device having and real market fingerprint scanner and facial recognition for face unlock to make your biometric privacy concern authentication. The price of the device is starting with 7000 antennae in, and it will be available to purchase from Amazon starting May 22. Has the device initially comes into the different color options as ICE Jadeite And Spark Orange.

Thanks for being with us we would like to know your valuable Kenyon and feedback if there is any query share with us in the comment section down below. Stay tuned for more further updates and future on the same.