Today, We are going to share a bit of knowledge to help you with you about the best signal messenger, and it is alternative. So let’s take a closer look toward it and know more about it.

Contents
1 Why chats important to keep your data safe
2 What is end-to-end encryption?
3 What is the signal
4 What is Signal Private Messenger?
5 What is the best signal alternative?
5.1 Telegram
5.2 Threema
5.3 Viber
6 iMessage
7 Recommended Post

Why chats important to keep your data safe

We are living in the golden age of the internet, Which seems to quite fragile unlikely selling data to the third-part corporates can help you to generate huge revenue in exchange of showing ads for service like Facebook, Instagram and more. So yes, it is important to keep your data secret and secure and most of were very used to the messaging app in order to communicate with our friends and family members through chats, calls and videos.

So, it is important to choose the best encrypted messaging app for you. We have seen in past many pissing attacks were also performed on Facebook to collect users private messages and more.

What is end-to-end encryption?

All the apps that we have mention feature end-to-end encryption which makes your chats secure with the makes the chat private with an encrypted key which helps to decrypt the data on the client device.

What is the signal

Signal is an open-source private messenger application offers end-to-end encryption with your chats, groups, voice call and chat. Also, the app gets its an immersive boost after the post on privacy and security app recommendations. Signal encrypted messaging app also waved by the WhatsApp recent policy changes.

What is Signal Private Messenger?

A signal is a privacy-focused messenger application, Which is an amazing application for those people who like to have a private message. However, it receives a significant boost after the tweet from Elon musk recommend signal. Not to mention, the signal seems to be a good alternative since they have rolled out the video calls, SMS feature, text messages, stickers alongside secured end-to-end encryption.

It has been open-source since its launch, and there is no ads and hidden charges because it completely runs on Donation. Which is a major advantage unlikely it was only the recommend application by The White House to use in-house with their conversation. Afterwards, the signal does not make extraordinary; hence the signal available to chat on both Android and iOS alongside sync option on Windows and Mac.

What is the best signal alternative?

Here is all the editor choice recommend the application for those people who like to survive in control and privacy-focused so let’s check all these in a quick brief toward our most secured encrypted messaging apps available for your device.

Starting with Telegram, it is one of the most popular messaging application, and because of this, piracy been a major concern. It comes with some additional features such as secret chats and disappearing message alongside an easy-to-use user-interface.

On the other hand, Telegram allows users to connect with more than 100,000 members, and it features group chats, voice chat, Voice-calls and more. Moreover, it also includes GIF’s and GIF’s creator. Therefore, Telegram offers no ads or in-app purchases. You can surely trust Telegram because of its the unique feature of not storing a data on the cloud gives your an entire security environment. The major drawback with Telegram is that Telegram was blocked in many regions. This is one of the most recommended messaging application that offers a minimalistic UI/UX across the application. Under the hood, the app does not come for free it charges you around $2.99 to utilize its service. In contrast, it gives a quite identical Service with an end-to-end encryption Group messages, Chats, Calls and more to the application.

Three offers a unique ID to connect with your client or receiver, Threema is a great alternative to the Signal and Telegram, but it cost you $2.99 either if you choose to signal it highly depends on Donation so considering donating.

This is a U.S based messenger application called Viber, and it has more than 900+ Million and offers an identical feature like WhatsApp and signal, including end-to-end encryption, makes it quite secure. 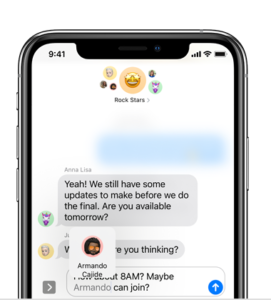 No doubt, Apple offers an industry-leading privacy-focused application. which includes iMessage but the saddest part is that it was exclusively available for iOS only. Furthermore, the app includes end-to-end encryption for images, videos, and chats.

Hopefully, this article helps you to choose the encrypted messaging application for your device. Thanks for being with us, We would like to know your valuable opinion and feedback if there is any query share with us in the comment section down below. Stay tuned for more further updates in future on same.