Samsung upcoming budget affordable smartphone, the Samsung Galaxy S20 FE seems to be quite promosing so let’s take a closer look toward the device and know more about it. 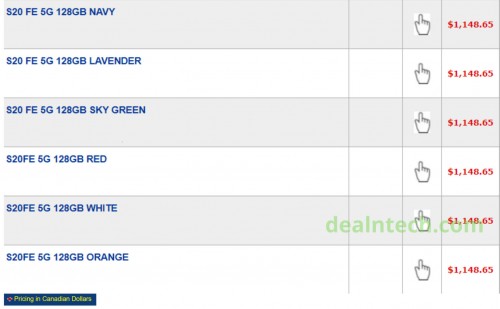 The device also listed on Samsung.com revaled the Samsung Galaxy S20 FE suggested to be the device likely to be recived there YouTube Premium so far. As the device “FE” stands for the “Fan Editio.”

Furthermore, the device also to be come in two different 4G and 5G Connectivity option so far. The price of the device listed as suggesting the starting with an CAD 1,148.65 which is USD 876. Talking about the color the device will have an Sky Green, Navy, Lavender, Red, White and orange color option so far. 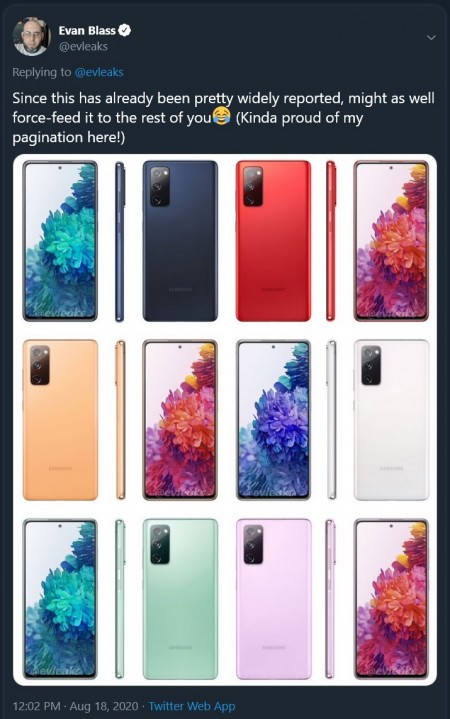 In the terms of camera performance, the device is to be come with an triple rear camera module housing an 12MP primiary + 12MP ultra-wide angle lense + 8MP Depth sensor. Therefore, to power the device it going to be equipped with an 4500mAh battery and also to be an IP68 Water and dust resistance.

Some reorts suggested the device is to be launch october. Unfortunalty, there isn’t any further details avaiavble about the device so far. Thanks for being with us, We would like to know your valauble opinion and feedback if there is any query share with us in the comment section down below.