Samsung upcoming special edition smartphone for new Samsung Galaxy S20 series is expected to be BTS edition. Meanwhile, that looks quite amazing and elegant so let’s take a closer look towards the device and no more about it. 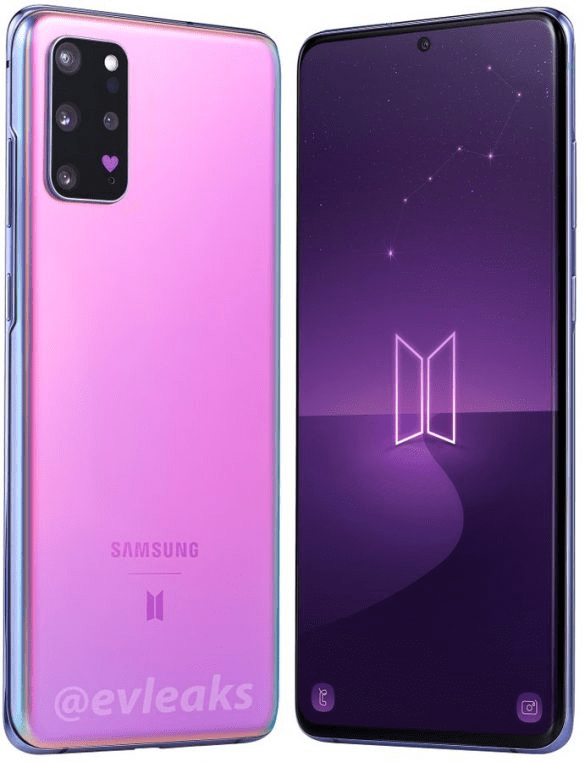 First Things First the BTS edition will include the Samsung Galaxy S20 series and Galaxy buds. There the device is going to be painted with an amazing purple shade on the rear

panel and that resembles the mirror purple colour from the Galaxy Z Flip. Not to mention on render it seems to be quite elegant and promisingly looks quite amazing.

However, the BTS edition having and unique logo on the bottom right corner of the rear camera module placed on the upper left corner of the device. Meanwhile, there is a signature from the BTS that was located on the rear panel slightly down below the Samsung logo.

According to reports and obviously it going to having and specially designed retail Box with and quiet exclusive model so far. moreover, the device is going to be run on Android 10 based custom skin one UI 2.0 out of the box and going to be inspired by the BTS UI touch on the software front.

Furthermore, the Samsung Galaxy buds+ is going up on sale already on the Samsung UI official e-commerce website confirm that Samsung Galaxy S20 Plus would exist. Unfortunately, there is no for the details and the timeline has been surfaced so far but we believe the device is going to invade quite imminent.