Samsung’s upcoming budget affordable smartphone, the Samsung Galaxy M51, is to appear on Google play console. The device seems to be quite promising, so let’s take a closer look at the device and know more about it.

Samsung Galaxy M51 is going to become with a Full HD+ display panel with a punch-hole camera cutout placed on the upper central corner of the device. Meanwhile, the device includes a quite narrow bezel surrounding the display. 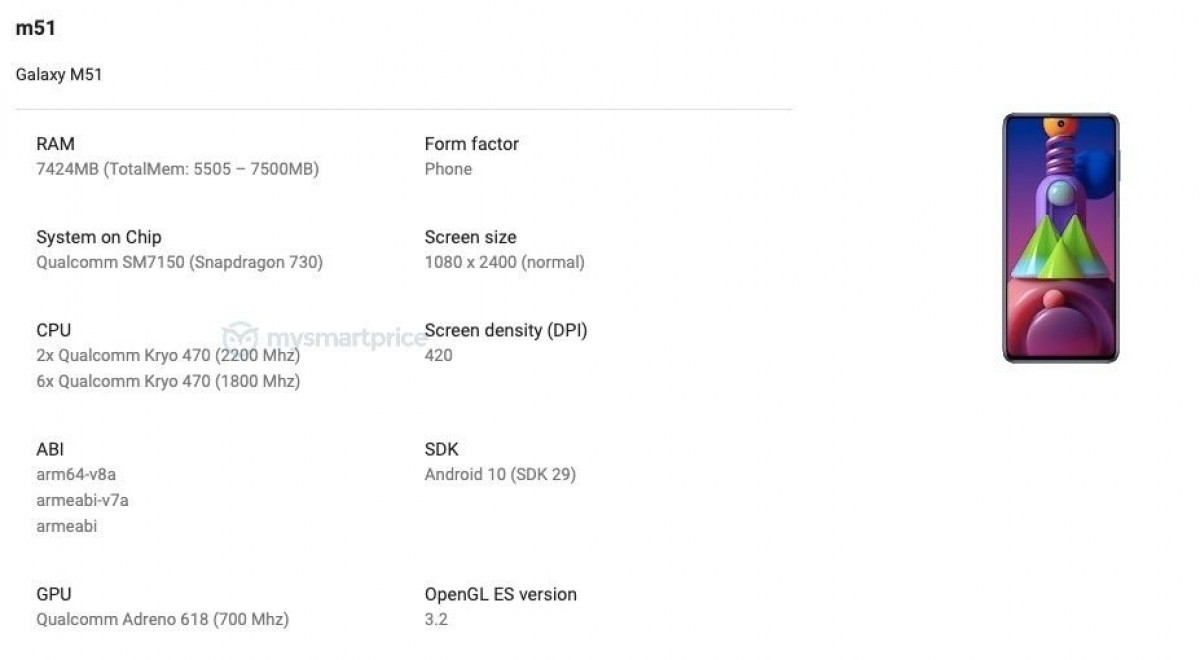 Under the hood, the device is going to be powered by Qualcomm Snapdragon 730 Mobile platform paired with an 8GB of Ram.

Furthermore, the device has been running on Android 10 based custom skin OneUI 2 out fo the box. Moreover, the device is to become with an Amazon India as the teased suggested.

Unfortunately, there is any price, and another specification has been suggested. Thanks for being with us. We would like to know your valuable opinion and feedback if there is any query share with us in the comment section down below. Stay tuned for further updates in the future on the same.

Sony Xperia 5 start Pre-order in US and Europe, full specification and Price