Samsung’s upcoming budget affordable smartphone, the Samsung Galaxy M31s. Where the key specification of the device has been confirmed through a Google Play Console listing, it seems to be quite promising, so let’s take a closer look at the device and know more about it. 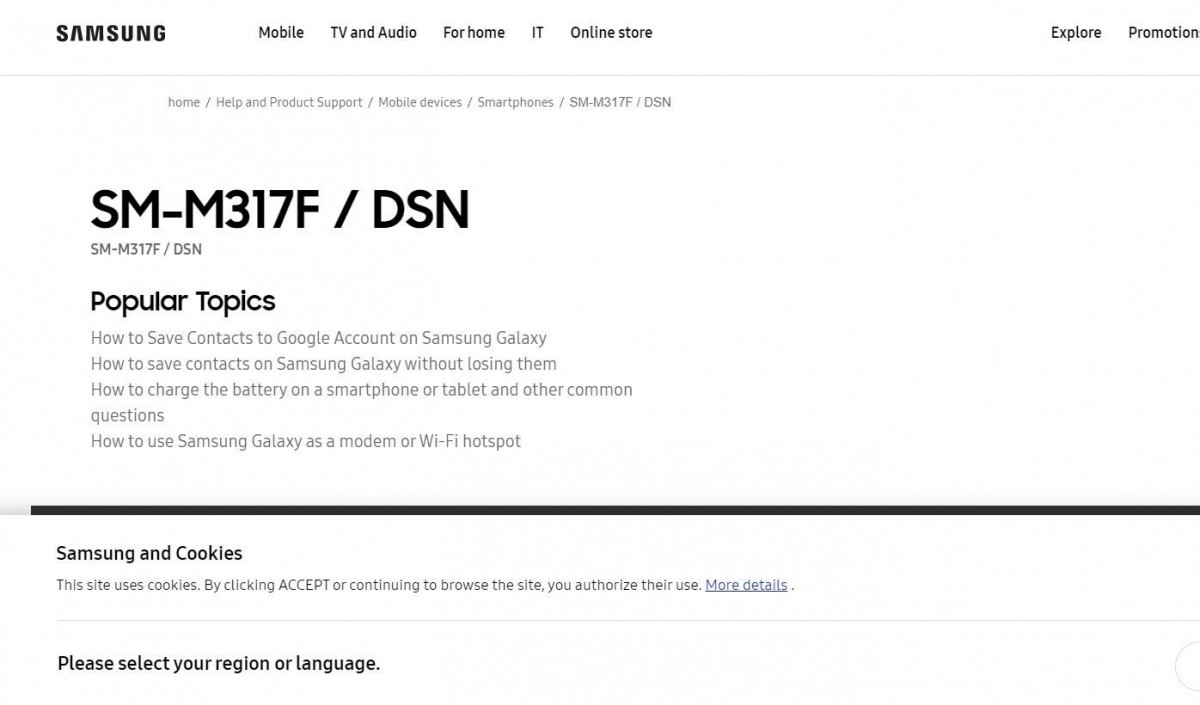 The device will become with a Full HD+ Infinity-O AMOLED display panel surrounding the display with its quite narrow bezels. Under the hood, the device is going

to be powered by Samsung in-house Exynos 9611 Mobile platform based on octa-core CPU.

Furthermore, to power, the device is going to be equipped with a 6000mAh battery using a 25W of fast charging solution bundled In the box—the chipset of the device paired with a 64/128GB of onboard storage. The device has been running on Android 10 based custom skin OneUI 2 out of the box.

According to reports, the device is going to be priced most likely Rs 20,000/-. Therefore the device also appeared on the Samsung Russia Website suggesting the device could be launch quite soon. 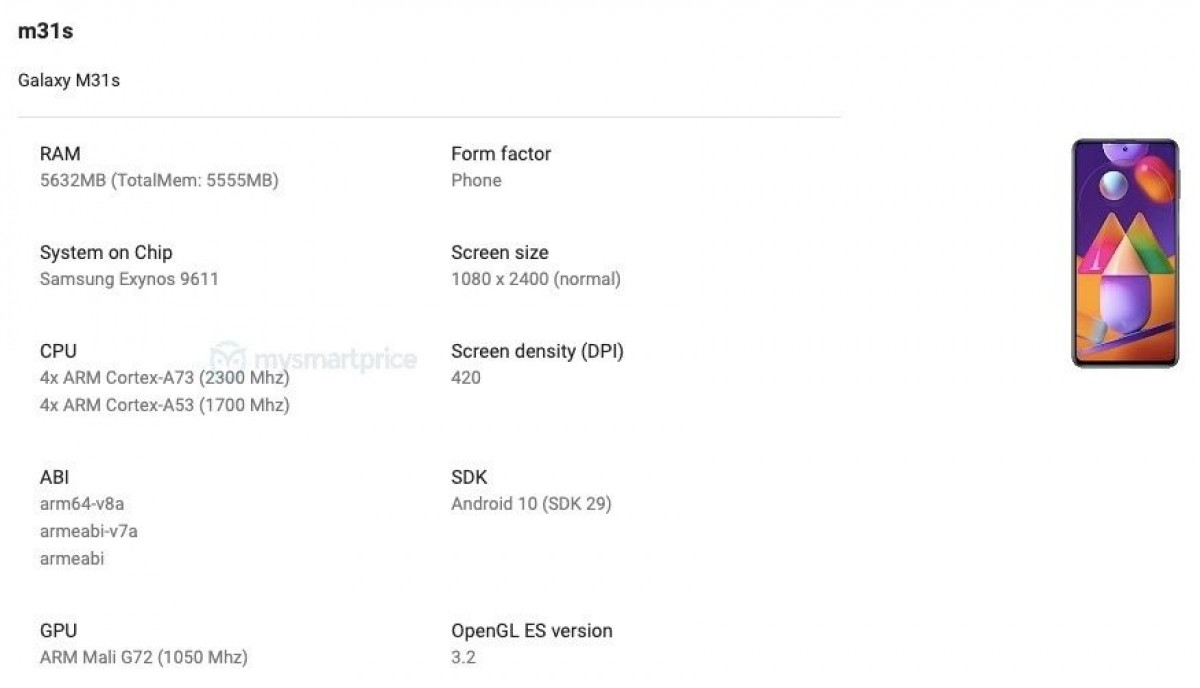 Unfortunately, there are no further details available about the device so far. Thanks for being with us. We would like to know your valuable opinion and feedback if there is any query share with us in the comment section down below. Stay tuned for more further updates in the future on the same.