Under the Hood, The Device is Powered by Samsung In-House Exynos 9611 Soc and it is Set to clocked at the Base Frequency of 1.74GHz. The Chip-set is Paired With 6GB of Ram and it is Run on Android 10 Operating System. Which Suggest the Device Will be Run on OneUI 2 based On Android 10 Out of the Box. 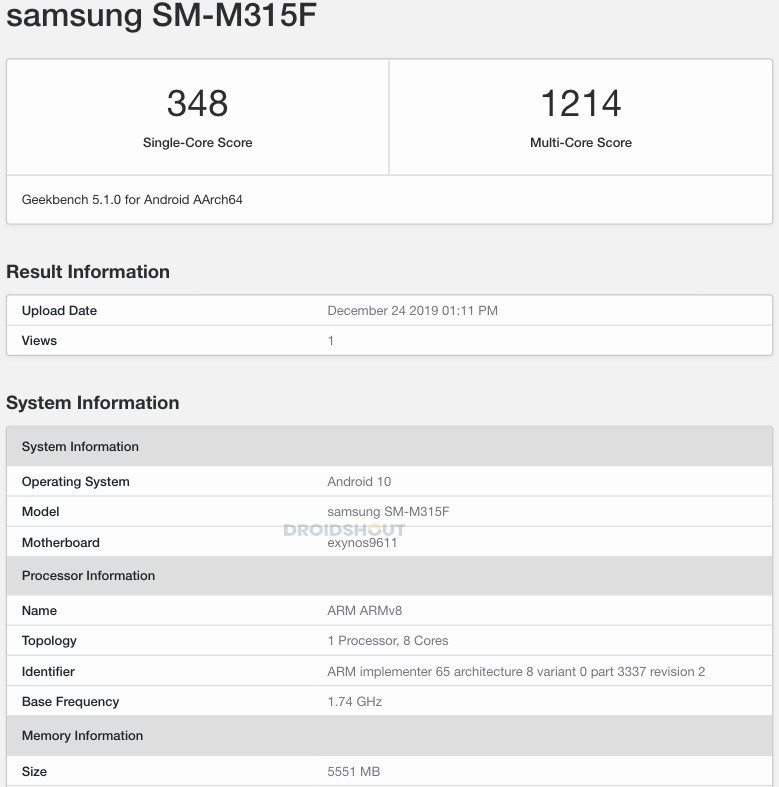 In the Terms of Performance, This Device Achieve a Score in tests of Single-Core 348 Points and test of Multi-Core 1214 Points recorded. According to Reports, The Device is being tested With and Internal model Number (SM-M115F) Suggested the Device be a Galaxy M11 Which is tested by Samsung India. Further, The Device using a 32GB on-board storage and it is expected to arrive 64GB on-board Storage in Galaxy M31.

On the other hand, The Bureau of India Standards (BIS) Suggested the Device Will be Equipped With 6000mAh battery and to be Housing a 48MP Primary Camera Sensor. Meanwhile, There Were 24MP + 5MP Depth Sensor for More Powerful Camera Sensor Along its boosters Camera Modes Features. Unfortunately, We Don’t have the Charging adapter and Many other details as of Now. Also, There are No Official Words about the Device at the Moment.