Samsung upcoming Galaxy Z Fold 2 has been scheduled to launch on Septemeber. Hence another smartphone from Samsung received Wi-Fi alliance certification suggested being Samsung Galaxy Fold Lite. Therefore, the device seems to be quite promising, so let’s take a closer look toward the device and know more about it. 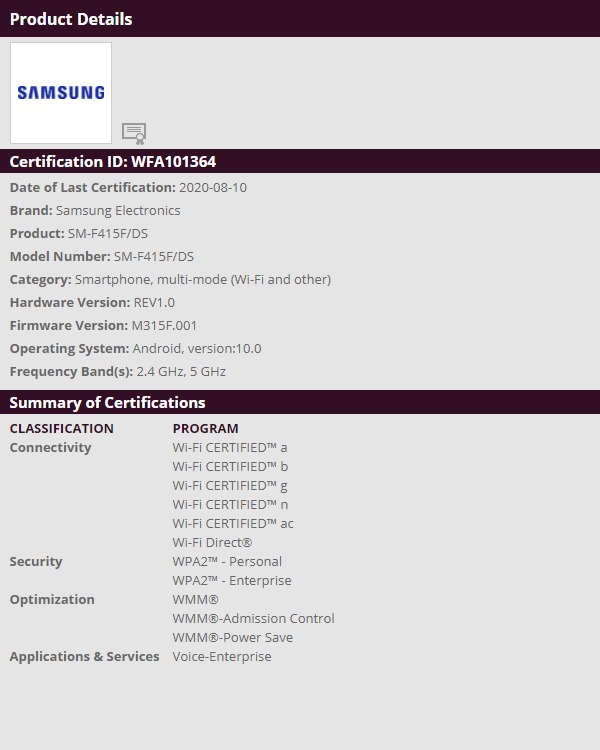 Likely, nowadays, the foldable smartphone comes with a price tag of $1000. On the other hand, the device likely to be a first-generation and the device belongs to a “400” series as an internal model number suggested.
Furthermore, the device is going to be a non-flagship smartphone and going to be powered by the older-generation mobile platform.

Moreover, the device is not going to support a Wi-Fi 6 connectivity. Meanwhile, the device would be priced less than around $1000. Unfortunately, there are no further details available about the device so far.
Thanks for being with us. We would like to know your valuable opinion and feedback if there is any query share with us in the comment section down below.