Recently, A Render has been Leaked Which Revealed the Key Design Element of the Device. It Comes With a Flat Display Panel Featuring a punch-Hole at the Centre of the Display. However, punch-Hole Hides a Camera Sensor Inside it. 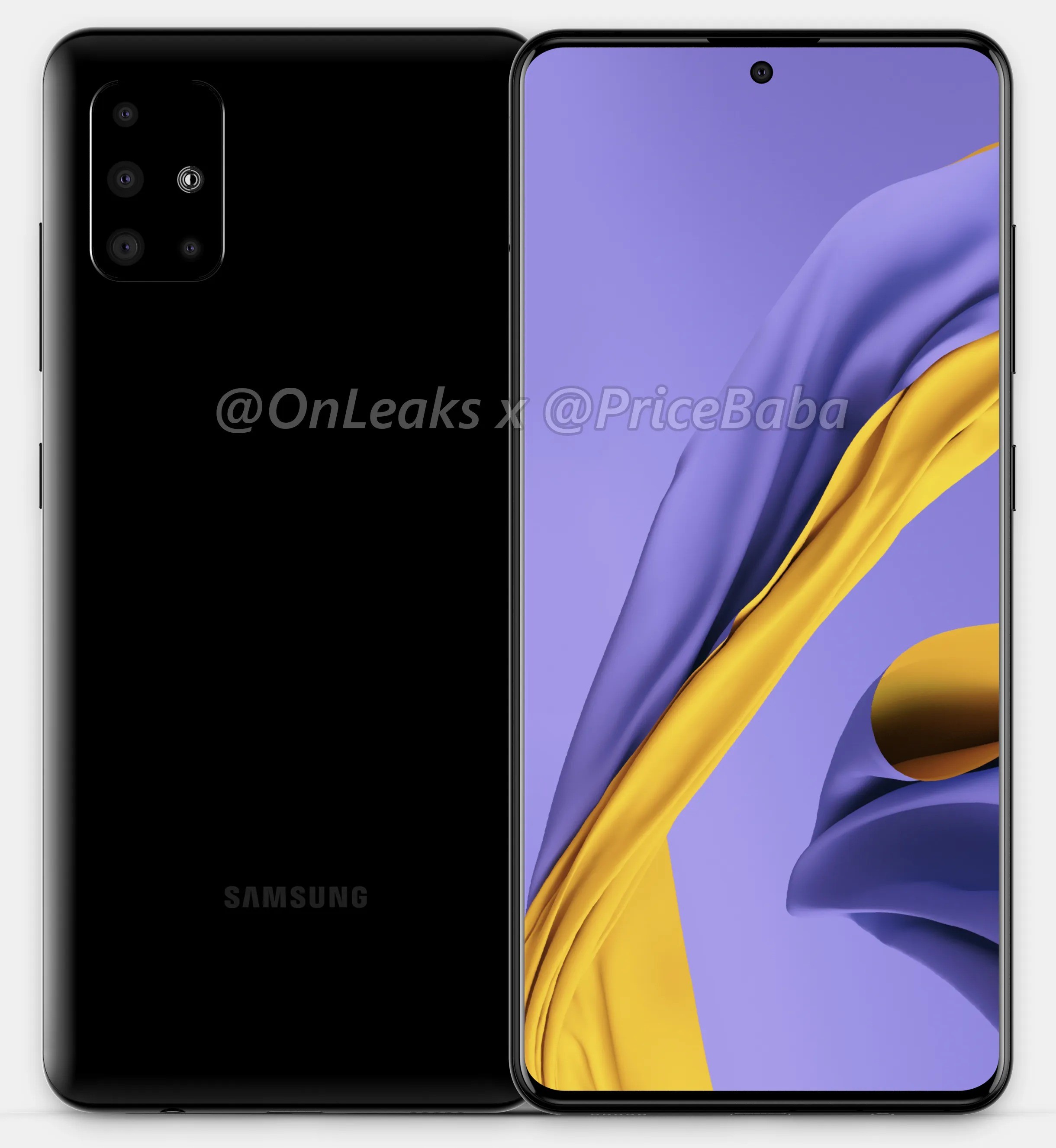 Rear Panel of the Device is Slightly Curved from the Edges With a Samsung Branding at the Centre. We Have Not Found any Physical Rear Mounted Fingerprint Sensor. We Believe the Device Will Offers a Flash In-Display Fingerprint Sensor Means It Comes With an AMOLED Display.

This Device is expected to Launched Next Year. The Dimension Measured as 158.4 x 73.7 x 7.9mm With a Thickness of 8.5mm around the Camera Module. The Camera Module is being placed at the Top-Left Corner of the Rear Panel, It having a Quad Rear Camera in an L-Shaped Array. While the Camera Module is Stacked
Vertically alongside a LED Flash.

The Power and Volume Rockers are placed at the Right Edge of the Device, While the SIM Card Try is on the Left. At Bottom, it has a USB Type-C Port, 3.5mm Audio jack and Speaker Grills.

According to Report, The Device Will Comes With a 6.5-Inch AMOLED Super AMOLED Infinity-U Display. To Power the Device, it Equipped With a 4000mAh battery and It Run on Android 10 Based One UI 2.0 Out of the Box. 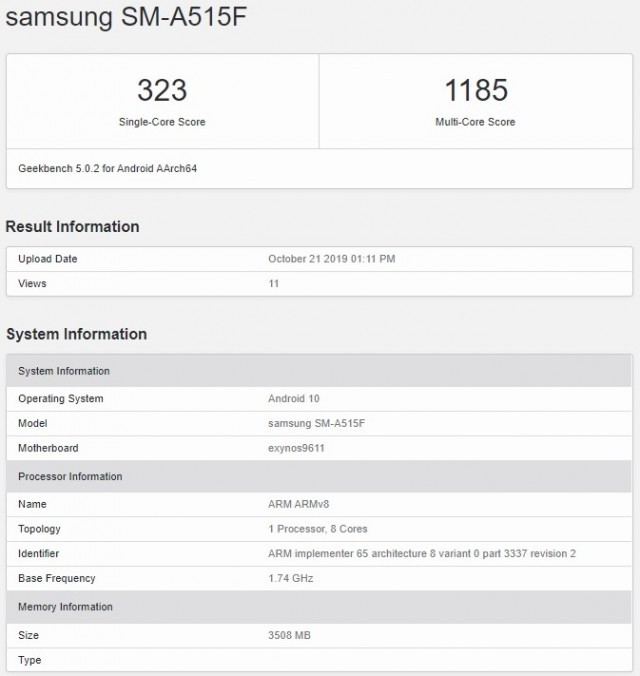 Moreover, It has a 48MP Primary Rear Camera Sensor With a 32MP Selfie Shooter. Even the Device Housing a 12MP Wide-Angle Lense + 12MP Telephoto With 2x Optical Zoom and a 5MP Depth Sensor.

According to Geekbench Listing, The Device Will be Powered by Samsung’s Exynos 9611 Soc Coupled With 4GB of Ram and Supposed to be 64/128GB of Onboard Storage. This Device Initially Comes in Three Primary Color Options as the Sliver, black and Blue. Therefore, Chipset Paired With Mali-G72 MP3 GPU for Gaming Graphics Rendering.

This Samsung’s Exynos 9611 was also Found on Samsung Galaxy A50 and Is a 10nm FinFET Soc. Further, you can also Expand the Storage using a MicroSD Card.

Thanks for Being With us, Share your More valuable opinion and feedback in the Comment Section down below. Stay tuned for more further updates in Future on Same.

The Vivo Y95: Key Specs Revealed and it Will Launch in India Soon

Smart Watches That Will Make You Spend Some Money