Oppo is preparing to launched there latest offering smartphone, The Oppo A11K, Oppo A12, and Oppo A52 in India. Whereas, the device was officially launched in Indonesia back in April. We know the complete key specification of the device and it seems to be quite promising. So Let’s take a closer look at the device and know more about the device.

First thing first, the most affordable device most likely to be the Oppo A11K and It might price ₹ 10,000, and Oppo is expected to be launched the device so imminent. This is because Samsung has also scheduled there a new device which means the Oppo looking to directly competing against Samsung.

Oppo A12 Key Specification and Highlights 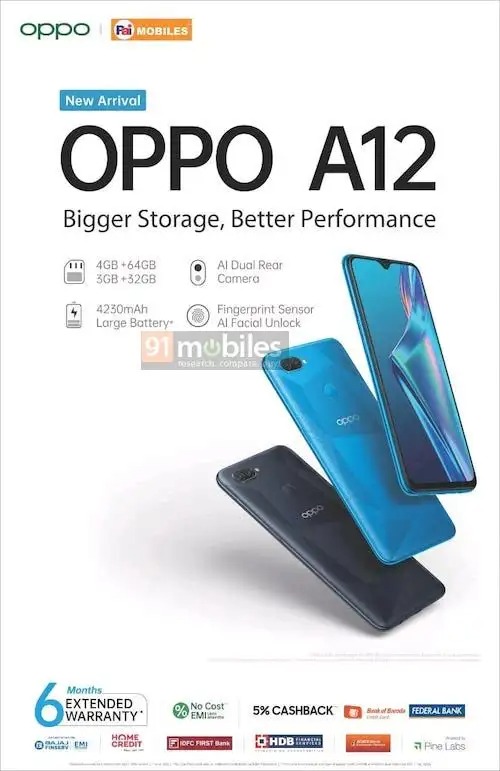 It will come with a 6.22-inch of IPS LCD display panel having a Waterdrop notch on the top of the device, The Screen having an LCD Display with a 270 PPI. Under the hood, the device is to be powered by MediaTek Helio P35 Mobile platform Paired with a 3GB of Ram and 32GB of onboard storage. Further, you can expand the storage using a dedicated MicroSD card slot up to 256GB.

On the other hand, the device brings a lot of exciting offerings Including 5% Cashback from HDB, ICICI, Bank of Baroda, Federal Bank, Bajaj Finserv, and IDFC First Bank. According to the report, the device is going to be priced at IDR 2499 (~₹ 12,300).

This device will come with a 6.33-Inch of HD+ Display panel having a Waterdrop notch on the top of the device. Under the hood, the device is powered by MediaTek Helio P35 Soc Coupled with 2GB of Ram and 32GB of onboard storage.

In the terms of camera performance, the device packed a Dual rear camera module housing a 13MP Primary + 2MP Secondary camera lense. According to report, the device seems to be Quite identical to the Oppo A12 but without a diamond Cut Pattern on the rear panel.

Oppo A51 Key Specification and Highlights 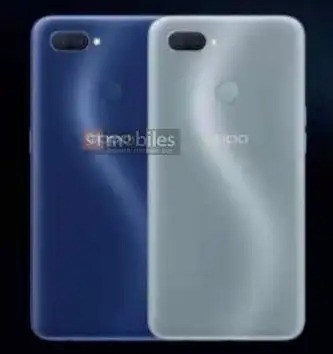 It comes with a 6.5-inch Full HD+ display panel having a punch-hole camera cutout on the top of the display. There the device most likely to be powered by Qualcomm Snapdragon 665 Mobile processor based on octa-Core CPU paired with an 8GB of Ram and 128GB of onboard storage.

Meanwhile, in the terms of camera performance, the device having a Triple rear camera housing an 8MP Primary + 2MP Depth sensor + 2MP Macro lens. While the front having an 8MP Selfie shooter and to power, the device is going to equipped with an 18W of fast charging solution bundled in the box.