Redmi Note 7 Pro is one the Best Smartphone at that time, Today We have a Successor the Redmi Note 8 Pro. Which is a Hell of a Device, This Device has Not been launched in many Places. Currently, it only available in China. Which a Good Upgrade from its Predecessor.

First thing First, The Design of the Device is the Best Design Xiaomi Has ever Made in its Redmi Note Series. Ture because in past they made a Boxed Design on Smartphone and having a Slightly Curved Made More Comfortable. Having a Shimmering White Color Shine depending Upon the Reflection you Tilt it in alongside a Good Weight Balance Feels Very Comfortable. 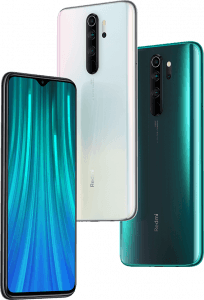 Furthermore, The Device is thicker than Redmi Note 7 Pro. While Redmi Note 7 Pro is just 8.1mm and Redmi Note 8 Pro is 8.8mm. Well, the device is build using Glass but Frames are Made out of Metals. To Protected the Glass, Rear and Front Protected by Corning Gorilla Glass 5. Where the Glass it Slippery, We Suggest you use Transparent Case. Help a lot.

All Buttons including Volume Rocker and Power Button on the Right With Hybrid SIM Tray on the Left. at Bottom, We have a Single Firing Bottom Speaker, USB Type-C Port and 3.5mm Audio jack. Ports have Been Sealed With Rubber Ring, Which might Protect some Accidental Spills. Which We Belive Every Smartphone Should Implement. We all Know Nothing is Perfect.

It comes with a 6.53-inch IPS LCD Display With and HDR Support. It having a 1080x2340pixel Resolution With a 19.5:9 at a Pixel Density of 395dpi. Moving to Display, it not an AMOLED Display But We are Expecting an AMOLED Display Which also Brings Flash In-Display Fingerprint Sensor as an Upgrade. However, Display is one of the Best IPS Display.

Which is Quite Bright, Sharp and Fairly Bright. Moreover, The Device also Having a Dark mode But Since it is an LCD Display, it Useless or there Would not be any Battery Saving on like AMOLED. It comes with a 6.3-inch IPS Display With a 19.5:9 aspect ratio and The Bezels are pretty Minimal Means they are Pretty Narrow. There is a Waterdrop notch Design Acceptable display.

You can Use gesture navigation in case you want a Full-Screen Experience. You are Not going to Struggle during outdoor Usages. Under the Hood, This Time Xiaomi Using a MediaTek Helio G90T. Which is a Mid-Gamer Centric Soc Which is Better than Qualcomm Snapdragon 730 Soc. Where it achieves a Score 276,512 in AnTuTu Benchmark.

This is First time Where the Redmi Smartphone using a MediaTek Chipset Where Snapdragon Chipset used Lately. Here you can Play PubgM at High Setting. There is No Heating Complaining, It Just get Slightly Warm Which is Normal or Not Go Beyond 40ºC. 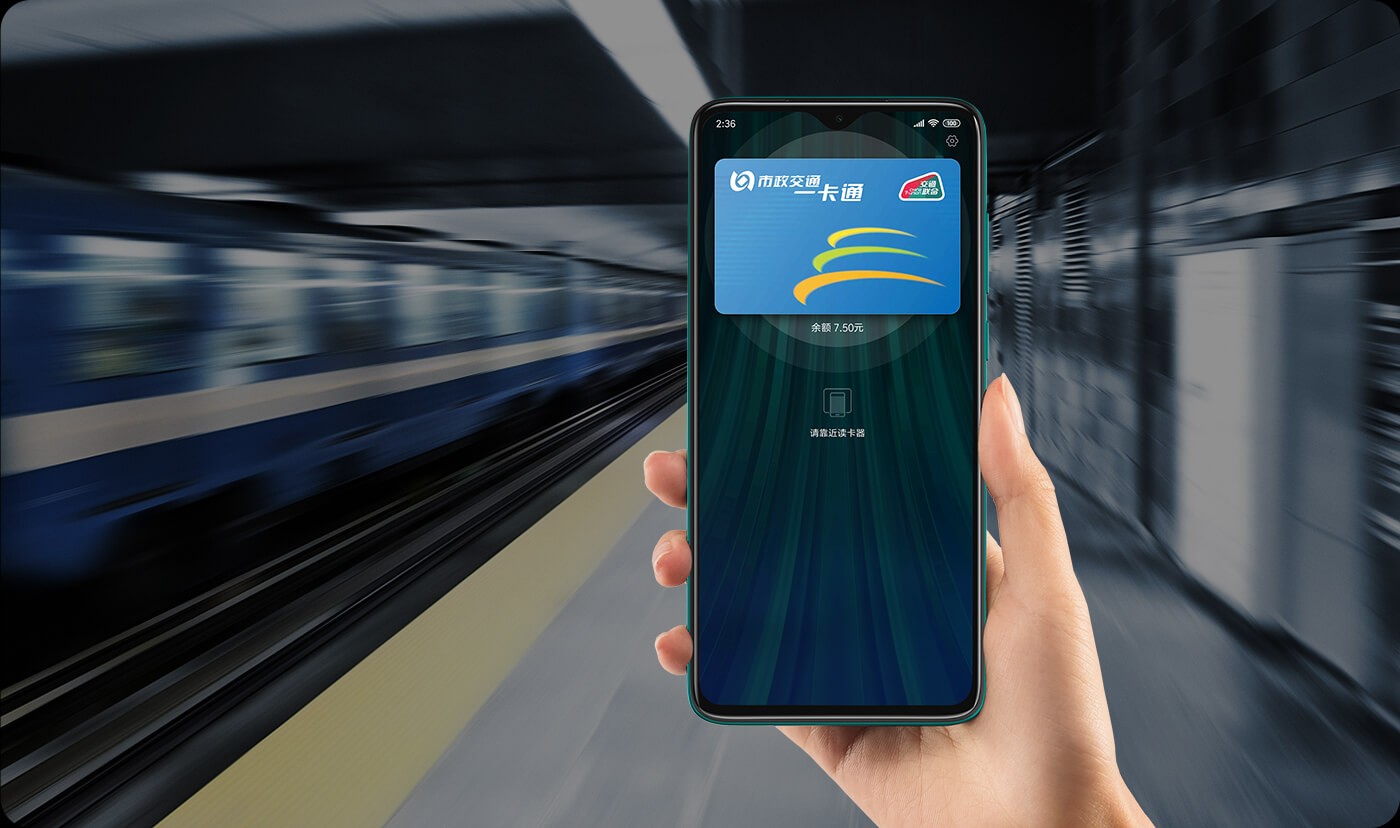 Even When Playing PubgM for long 5 Session back to back Followed by Asphalt 9. As of now, the Redmi Note 8 Pro is one of the Best Gaming performance for the Price Segment. Additionally, The Day-to-day Usages is Great. In General, We Don’t Experience any Stuttering While Completing Daily Task. Opening and Closing of the Application or Doing Multitasking is not a problem.

The Devie Can easily handle anything Easily, Where it Comes with a 6/8GB of DDR4X Ram and 64/128GB of Onhboard UFS2.1 Storage. On the Software front, the Devie Run on Android 9.1 Pie out of box Based Custom Skin MIUI 10.4.9. Which is Slightly Packed More Features than Current MIUI Positively. Chinese Varintr having an NFC but We didn’t expect the Global varient Come out With
NFC.

In the Terms of camera Performance, Nowadays Smartphone Camera is Becoming more and More powerful ever than before. There is the Second Side of it as Well Because Smartphone cameras are Eventually Becoming Mo0re and More Gimmicky With Every Iteration of Smartphone Brand.

There is a Rear Quad Camera Setup housing a 64MP F/1.8 Samsung ISOCELL Bright GW1 Sensor. AAlthrough During Daylight the Device Capture nice Picture Which is Normal But the Dynamic Range at Struggle Certain Situation. However, The Skin tone is Nice Which is Nice to be there With actual Huam Skin Tone. During a Normal 16MP Images it Just a Little Sharper in 64MP Images.

We Expect a lot of Difference but there is a Noticeable Difference in both the Camera. The 2MP Depth Sensor Done it Job, Surprisingly Decent Job When it Comes to portraits having a Better Edge Detection then previous Redmi Note 7 Pro.

You can Also Change the Background after clicking the Pictures Which is a Nice Feature to Have. it also features a 2x Digital Zoom and the Images are Okay With it. The Wide-angle is Fairley Good as Well with a Color Shifting. The Macro Lens is Just a Gimmicky as Similar to Realme 5 Pro.

Macro Lense allow you to Get a Little Closet to the Object But We also Can do same With 64MO Ultra Mode Without Lossing Details. Moreover, The Selfie from the 20MP F/2.0 Selfie Sensor 0.9µm pixels is Amazing and Usable. Surely you will get a Good Amount of Details and No beautification. Meanwhile, Sometimes the Reddish tint is there Some users not going to like it. 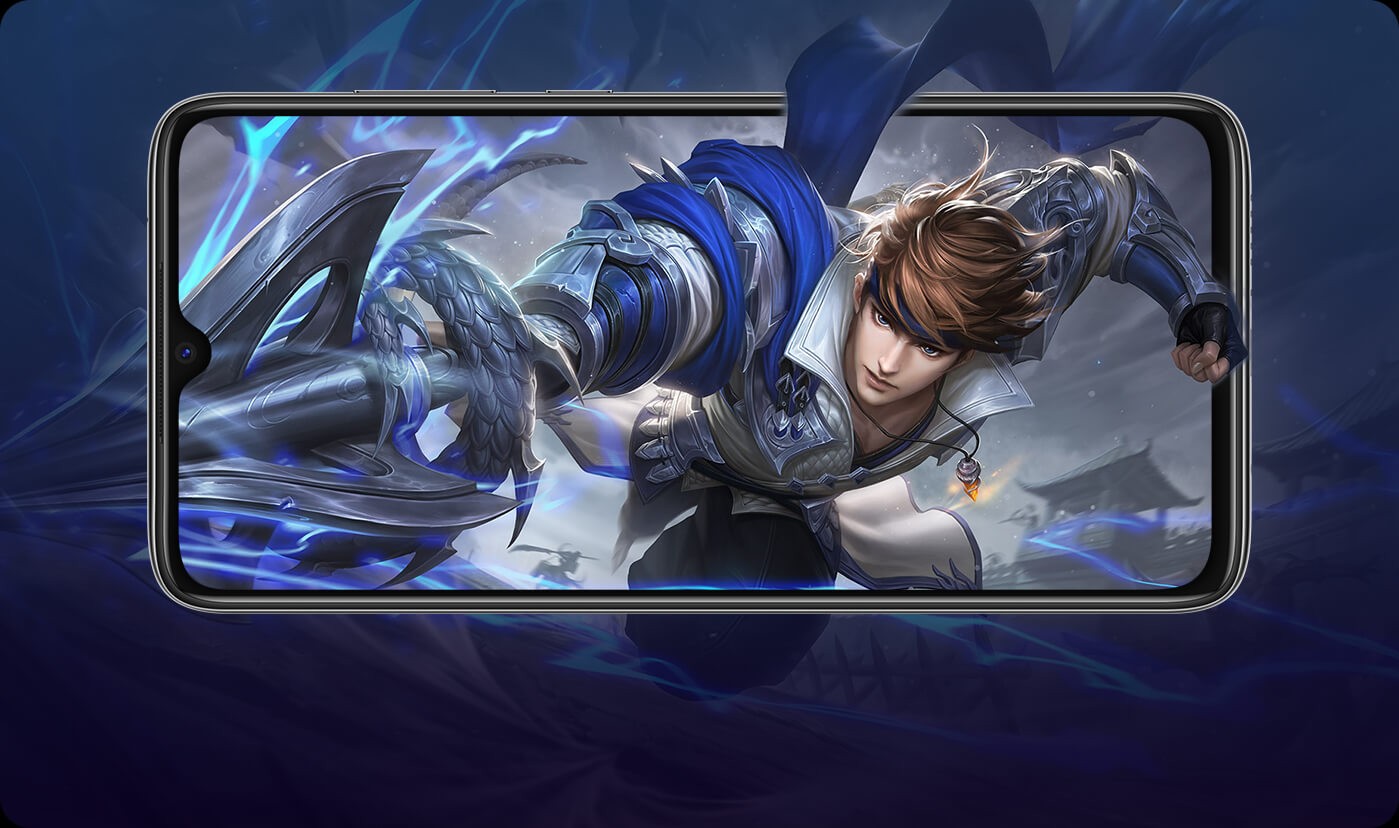 The Thing is that you Will only Find that Reddish Tint only in Chinese Variant, Where that algorithm possibility Change With the Global Variant. Portraits from the Selfie Sensor Looks Good, Where you can also Change the Background blur Level later. Which is a good option to have.

The Video Recording is also a Fairly Good, You get the Best Stablizatation in 1080p @30fps. you can Record video Using 2x as Well alongside Macro lens. We Belive the Camera Sensor Used in note 7 pros are Better than note 7 pros for a Reason that it Using a Native 48MP Sony IMX586.

Where the Note 8 Pro having More camera Features. There are No noticeable Changes in Selfies among the Devices. If you already having a Redmi Note 7 Pro then the Note 8 Pro is not a Huge Upgrade in terms of Camer expect from the Wide-angle Lens.

To Power the Device, it Equipped WIth a 4500mAh battery Makes a Compactable for the MediTek Chipset Being a Bit Less Energy Efficient. If you are a General Users then you Still left a Juice at the End of the Day but if you are a Gamera then you Might have to Put it on Charge in Evening.

So it Not a Deal Breaker in case of battery life. Likewise, the Note 7 Pro has a Smaller battery gives a Better life than a Note 8 Pro. There is also ice Sealed Liquid Colling to Maintain the Temperature during the Heaving Game for Task. It Decreases the Thermal up to 4°C ~ 6°C.

This is the First time When Redmi Include a Fast charger WHich is an 18W Charger bundled in the Box. Not to mention, This is an important factor to Compete With Tech-Giant Like Oppo’s Realme With VOOC 20W Fast Charger under ₹15,000 pice Segment.

Which takes 2 House to charge the Note 8 Pro, You also have a Faceunlock but We Recommend you to use Rear Mounted Fingerprint because of the Face unlock is Not Secure as Fingerprint Because the Faceunlock Done by Selfie Camera Instead of Dedicated Face ID Sensor.

There is an IR Blaster as Well because Xiaomi making IOT Device it Help to Use and Control those devices directly from your Smartphone. If you Every happens to Lose your TV Remote then it Server the Purpose for you. This is something that almost all the Smartphone are Missing of With, Which is Said because it Does Come in Handy. Even it also includes a LED Notification light Placed at the Right Side of Waterdrop notch.

Well, it Glows only in one Color, Which happens for a Long TIme Which xiaomi always Have But Just that Make it Stand for a Reason. In Contrast, the Call Quality is Nice and Don’t find any issue about the Device. It also supports a 5GHz Wi-Fi and Aspect many Devie Neglect. Talking about the Single Firing Bottom Speaker is Loud and Dones did not Distort in hight Volume.

Thanks for Being With us, Share your More valuable opinion and feedback in the Comment section down below. Stayed tuned for more further updates in future onSame.

The Redmi Note 8 pro is the Grear Mid-Range Device from Xiaomi although it Not having a lot of Upgrade over Redmi Note 8 Pro in Camera. Where There is a lot of changes in Design Language, Performance and More.

Why Smartphone Plastic Rear panel is Better than Glass Back Material?

i own a redmi note 8 pro. this phone has really bad rear camera which does not focus object perfectly . this phone camera is worse than note 5 pro if u had a doubt check the focusing and sharpness of the image taken by both mobiles. then heating issues this is major problem of note 8 pro the liquid cooling system completely sucks that is not working because gaming will cause lot of heat but mobile company should consider that issue while launching the phone other brands fixed the heating issues except xiaomi company. while playing pubg at smooth… Read more »

i own a redmi note 8 pro.this phone doesnot have metal frame.it comes with a 18 w charger charging takes 2 hours.so its not a fast charger.phone heats up to a max of 45 degrees while playing pub g at hd and high settings for 25 degrees

Thanks for your Valuable Feedback.
> We Noted and Share your Words.

Oppo A31 comes with 4230mAh Battery and 6.5-inch Display Certified by Bluetooth SIG