Redmi’s upcoming budget affordable smartphone, the Redmi Note 10, is likely to be launched quite imminent hence the device to become with some promising specification. The device seems to be quite promising so let’s take a closer look at the machine and know more about it.

Under the hood, the device is to become powered by MediaTek Dimensity 820 Mobile platform based on octa-core CPU integrated with a 5G Connectivity so far. However, the device features an oreo camera module and a punch-hole camera cutout. 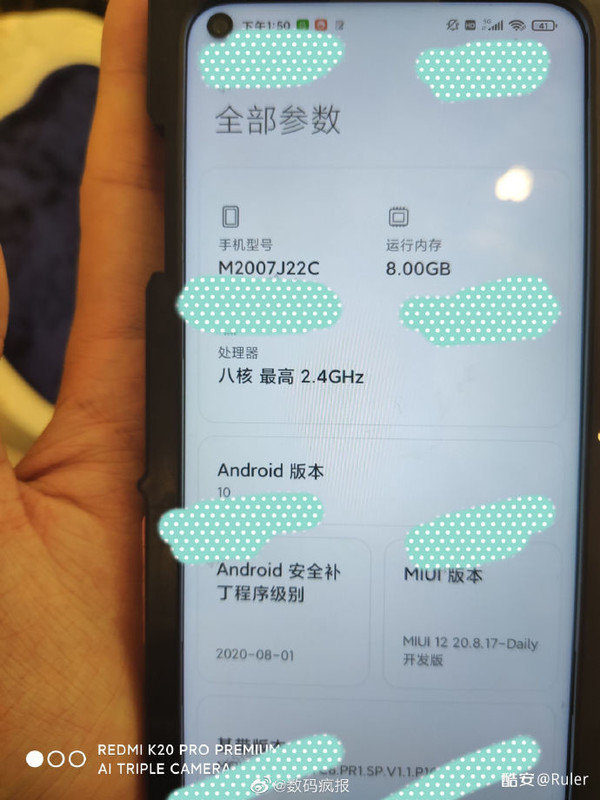 However, some reports also suggested the device to include a Qualcomm Snapdragon 765G SoC. On the other hand, the device is to become with a triple rear camera offers with a 48MP Camera sensor. Not to mention, the device also to evolve with a curved back panel.

Furthermore, the device also had a side-mounted fingerprint scanner. Moreover, the internal model number of the device appears to be an M2007J22C. The chipset of the device paired with an 8GB of Ram and the chipset used to be clocked at 2.4GHz as the device is to be powered by the Qualcomm Snapdragon 765G Mobile platform.

The OPPO R15X has been Officially launched the device in China.