Redmi launched there Redmi K30 series last month. Redmi brings an addition to the series with the launch of Redmi K30 pro Zoom edition. Where they have featured, an 30X digital zoom other specs are likely to be the same.

It comes with a 6.67-inch Full HD+ resolution with an E3 Super AMOLED Display with a pop-up selfie camera. On the other hand, they have included LED Notification Support 5 different colours and also in-built the IR blaster to accomplish with their Iot Devices. 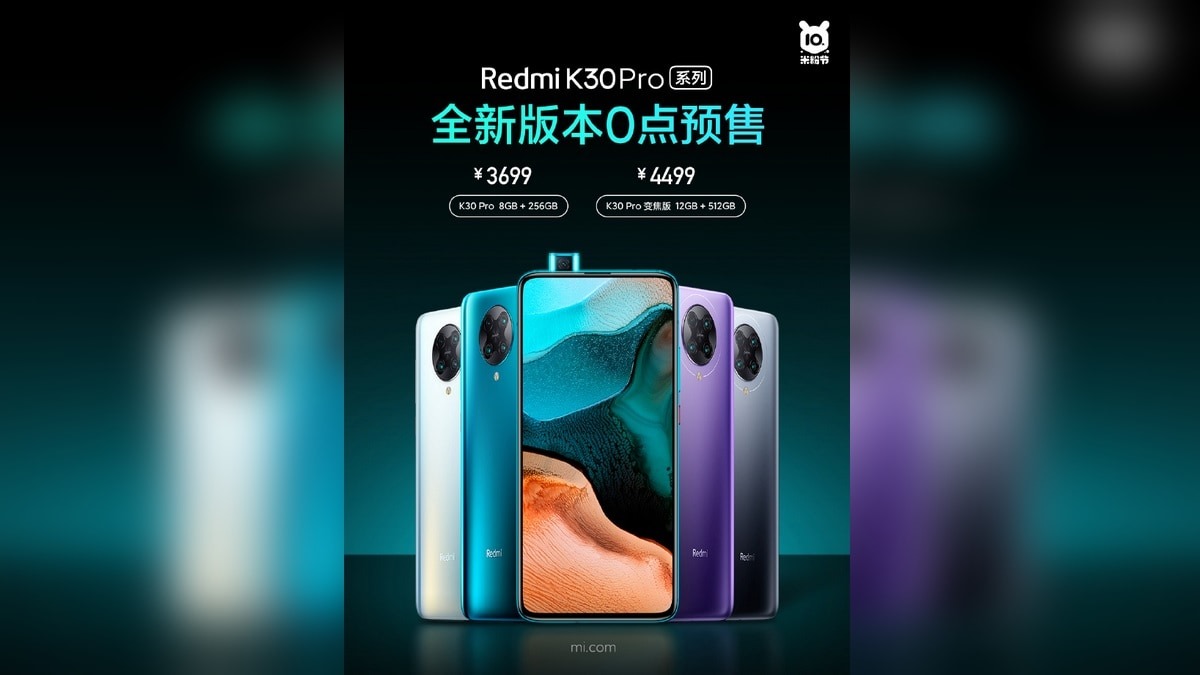 Under the hood, the device is powered by Qualcomm Snapdragon 865 Soc integrated with Snapdragon X55 Modem. Where the modem offers both SA/NSA 5G connectivity. Furthermore, the device has a 3D glass panel alongside a liquid water cooling system.

Therefore, to power, the device is equipped with a 4700mAh battery using a 33W fast Charger device, 63 minutes of complete charge. It runs on Android 10 based MIUI 11 out of the box.

The Redmi K30 Pro zoom edition will be available in 12 GB LPDDR5 Ram and 512 GB of onboard storage starting ~$634. While the base Varian the 8 GB + 128 available for the price for ~Rs 48,200. Whereas the device will be available in China from April 7th through various JD and other stores. Notably, there were four different colour variants as White, Blue, Gray and Purple colour options.

Thanks for being with us, we would like to know your valuable opinion and feedback if there is any query share with us in the comment section down below.