Redmi upcoming budget affordable smartphone, the Redmi 9A was previously spotted on Xiaomi Catalogue. Whereas the device seems to be quite promising, so let’s take a closer look toward the device and know more about it.

Redmi 9A Key Specification and Highlights

Redmi Entry-Level Redmi 9A budget smartphone is a successor of the Redmi 8A. Where the device most likely to debut with a MediaTek Helio G25 Mobile platform.

This device will come with a 6.53-Inch of a Display panel that seems to be having an IPS and includes a Side-mounted fingerprint scanner. There the device will bring an HD+ screen with a waterdrop notch on the top of the device. 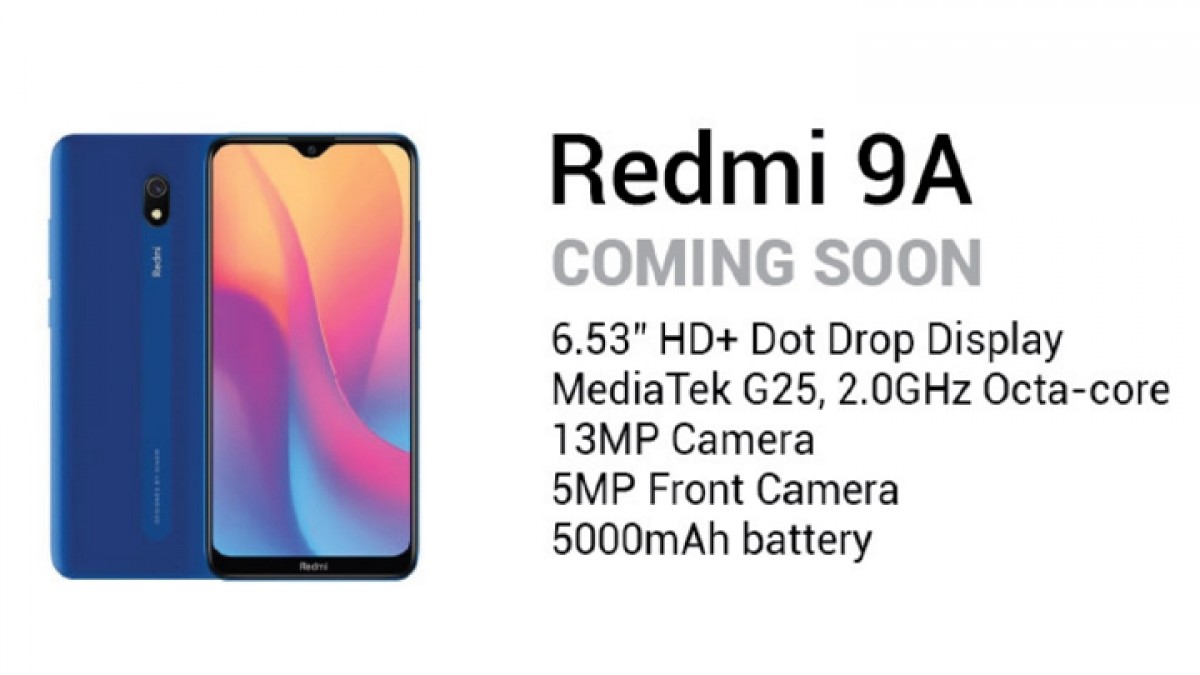 In terms of camera performance, the device will bring a Quad rear camera module aligned vertically placed on the upper left corner of the device housing a 13MP Primary camera sensor.

Furthermore, the device supports a 2.4GHz of Wi-Fi connectivity and Support 4G VoLTE. Even more, the dimension of the device measured as 164.85 hights and 77.07 of Wide. Moreover, the device equipped with a 10W of fast charging support solution bundled in the box.

According to reports, the device will be debuted with a Two different memory configuration, and the device is expected to compete against the Realme C11 and Samsung Galaxy M01. There are no further details available about the device so far, and the launch seems to be quite imminent.

Reportedly, Oneplus is going to launch new device under Rs 18,000 before the end of september