Redmi have launched there latest budget affordable smartphone, the Redmi 9C, and Redmi 9A whereas the redmi 9C becomes the first device to be powered by MediaTek Helio G35. The device seems to be quite promising, so let’s take a closer look at the device and know more about it.

Redmi 9A and Redmi 9C: Key specification and Highlights

It comes with a 6.53-inch of IPS LCD Display panel featuring an HD+ utilizing the 1600 x 720-pixel resolution. Under the hood, the Redmi 9A was powered by MediaTek Helio G25 paired with up to 3GB of LPDDR4X Ram and 32GB of eMMC 5.1 onboard storage. Whereas, the Redmi 9C powered by MediaTek Helio G35 coupled with up to 4GB of LPDDR4X and up to 64GB of eMMC 5.1 storage.

Furthermore, to power the device, it equipped with a 5000mAh battery using a 10W of fast charging solution bundled in the box.

The device looks quite identical because it was having the same dimension measured 164.9 x 77.07 x 9.0mm, and the device weighs 194g and 196 grams, respectively. Therefore, both devices feature a micro USB and 3.5mm Audio jack. Moreover, the Redmi 9C delivers a Rear-mounted fingerprint scanner. 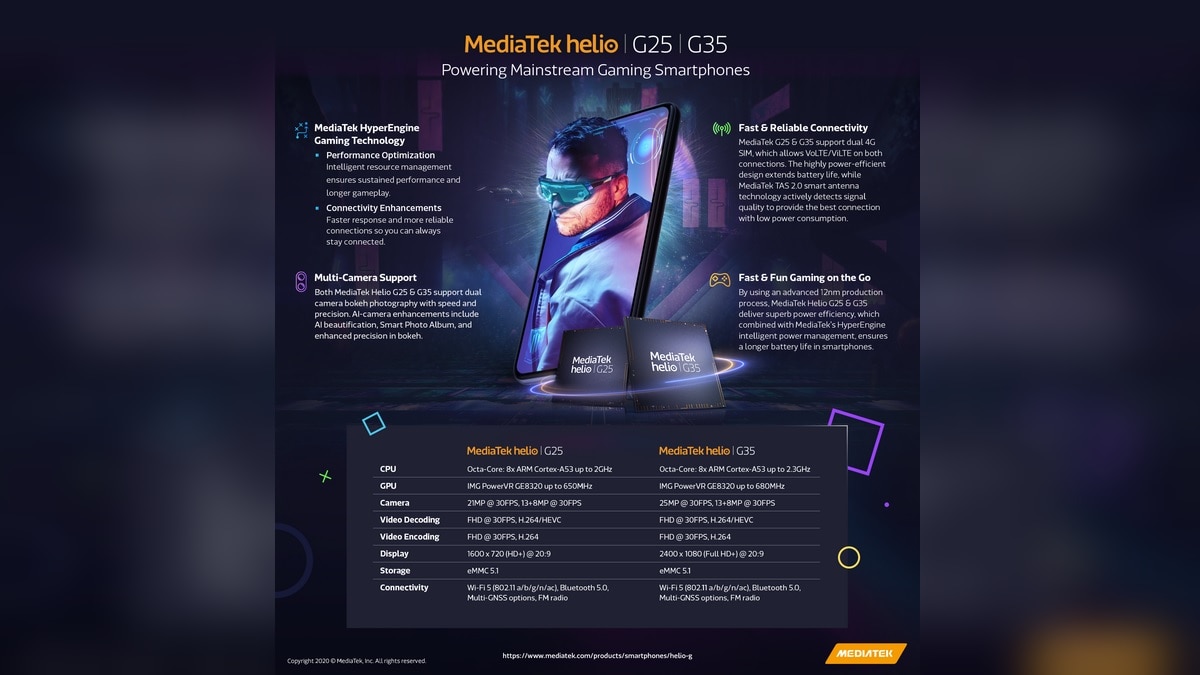