Redmi upcoming budget affordable smartphone, the Redmi 9 has been scheduled to launch on August 27th. The device is going to be available on Amazon. Notably, the device seems to be quite promising so let’s take a closer look toward the device and know more about it.

Redmi 9 series will come with a Redmi 9 in India, meanwhile, the Redmi 9 prime launch in India also known as Redmi 9 Global. Therefore, the device is going to become with a 6.53-inch display panel with a waterdrop notch on the top of the device featuring an HD+ display. Meanwhile, it was a 720 x 1600 pixel resolution delivering with an LCD display panel. 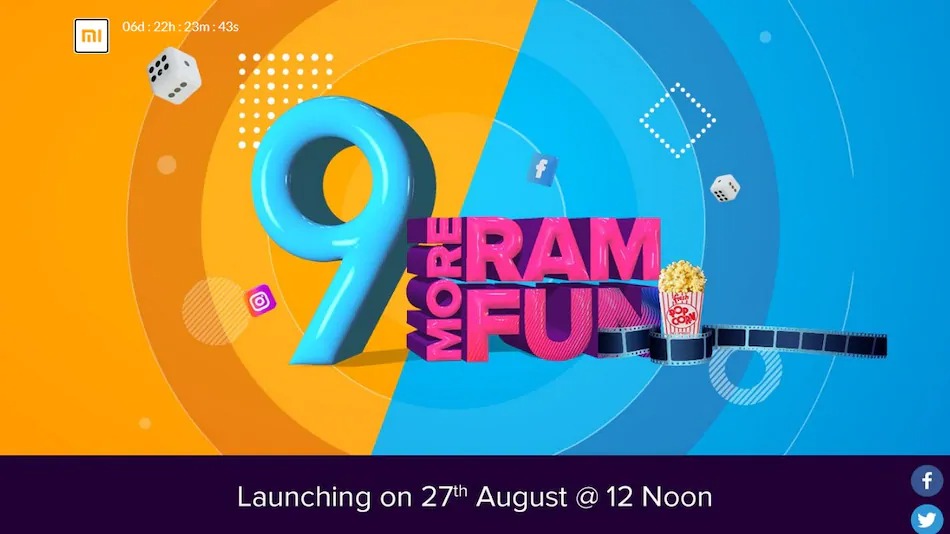 Under the hood, the device is going to be powered by MediaTek Helio G35 Mobile platform based on 2.3GHz octa-core CPU. Therefore, the device is to be directly competitive against Realme C11, Realme C12 and Realme C15.

Furthermore, to power, the device is going to be equipped with a 5000mAh battery using a 10W through MicroUSB of fast charging solution bundled in the box. Not to mention, the device includes a Face Unlock alongside rear-mounted fingerprint scanner.

In terms of camera performance, the device is going to become with a dual rear camera module housing a 13MP primary + 2MP Depth sensor. As for connectivity, the device bringing a Dual SIM Support, Dedicated MicroSD card slot up to 512GB and 3.5mm audio jack. Redmi is also going to become in three different colour option following the Orange, Blue and Black colour option.