Realme has launched there latest affordable premium smartphone, and the device is the Realme X3 with two different significant compare to Realme X3 Pro. Hence, it was having a 2x optical zoom instead of 5x optical zoom. The device seems to be quite promising so let’s take a closer look toward the device and know more about it. 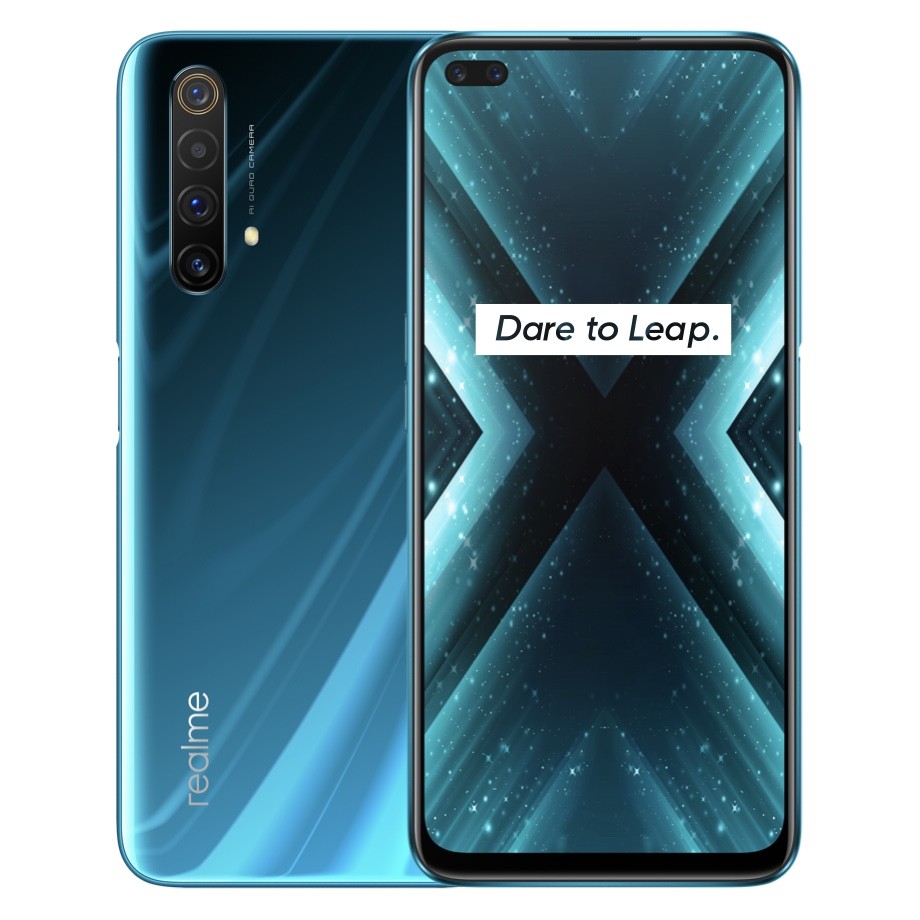 It comes with a 6.6-Inches of IPS LCD Display panel

having a 120Hz of screen refresh rate utilizing the punch-hole camera cutout placed on the upper left corner of the device. In contrast, the device having a Side-mounted fingerprint scanner alongside facial recognition for biometric privacy authentication.

In terms of the camera module, the device having a Quad rear camera module aligned vertically placed on the upper left corner of the device. There is housing an 64MP Primary + 8MP 119° FoV Ultra-Wide angle lens + 2MP Macro + 12MP telephoto lens. While the front was having a 16MP and 8MP Dual selfie shooter.

Under the hood, the device is going to be powered by Qualcomm Snapdragon 855+ Mobile platform based on octa-core CPU paired with a 6/8GB of Ram and 128GB of UFS 3.0 onboard storage. Further, you can expand the storage using a dedicated microSD card slot: Morover, the chipset of the device paired with an Adreno 640 GPU.

Furthermore, the device has been running on Android 10 based custom Skin Realme UI out of the box. Additionally, to power, the device is going to be equipped with a 4200mAh battery using a 30W fast charging solution bundled in the box. 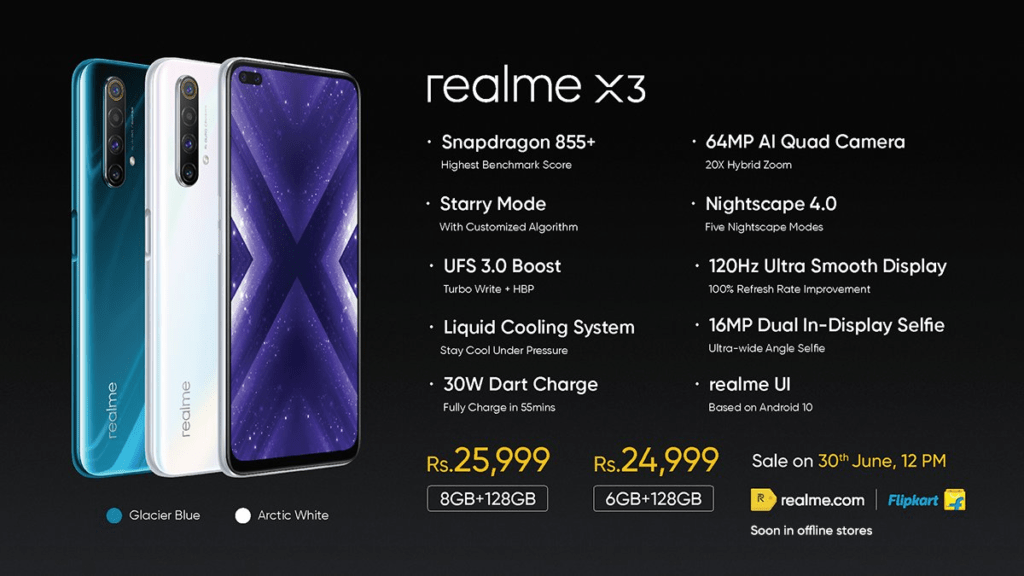 The price of the device starting with a Rs. 24,999 and Rs 25,999 for 6/128 and 8/128GB memory configuration respectively. Meanwhile, the device initially available in two different colour variant following Glacier Blue and Arctic White colour option.

Thanks for being with us. We would like to know your valuable opinion and feedback. If there is any Query share with us in the comment section down below, stay tuned for more further updates in future on same.