Realme teased it’s watch unveiled its key Specifications and the feature, scheduled to release on May 25

Realme has scheduled it’s another IoT device event for the year May 25 and there it will manchitra yaar first mark TV and smartwatch alongside Realme TV so far. There were some new devices to be scheduled, such as Realme X50 Pro player edition. Thanks, Realme watch it seems to be quite promising so let’s ticket closer look towards the device and know more about it.

First thing first, the watch will come with, and 3.5 centimetres (1.4-inches) of colour touch screen display panel, which is the biggest screen claimed by vision me at this price segment, where the watch will surface the time weather and other details over there.

Most likely Realme will unveil the green colour variant as we have been reported previously. We were there was some leagues suggest the watch will also be available in white, blue and yellow colour option.

Realme watch will support for 3 different kinds of sport, most including Arabic, badminton, treadmill, table tennis and different kinds of modes. However, you will be equal to monitor your heart rate, Sp02, Blood Oxygen level 24×7 in real-time. All this thing will be accomplished by and Realme Link application most likely to be featured and notifying with your drink reminder and smart notification, including incoming call and notification from the apps. 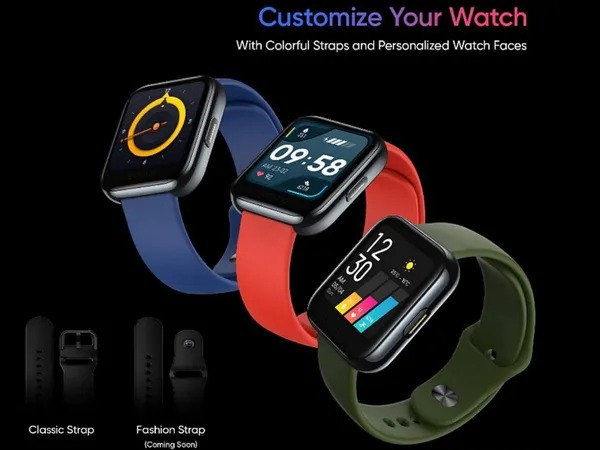 There some new things that have been added, such as you can control your music and camera directly from your smartwatch. The features such as Camera shutter button and play/pause of your music, including the adjustment of the volume.

Redmi 10X spotted on AnTuTu, Likely to be used Higher frequency and used to 5 Cores with LPDDR5 along with UFS storage

Oppo A53 scheduled to launch on August 25: Key specs and more

Oppo might launch the OPPO Ace2 EVA Special Edition. The device has been appearance Surface online