Realme upcoming smartphone, the Realme RMX2151 appear on FCC (Federal Communications Commission). Whereas, the device spotted with MediaTek Helio G90T. The device seems to be quite promising so let’s take a closer look toward the device and know more about it.

It comes with a 6.5-inch of display panel featuring a punch-hole camera cutout placed on the upper left corner of the device. Whereas, the device having a 9.45mm thin and weighs 198 grams. 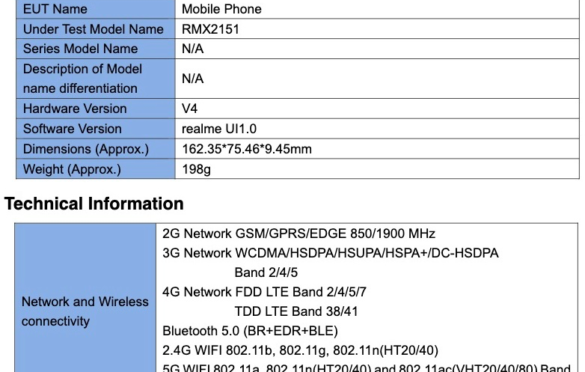 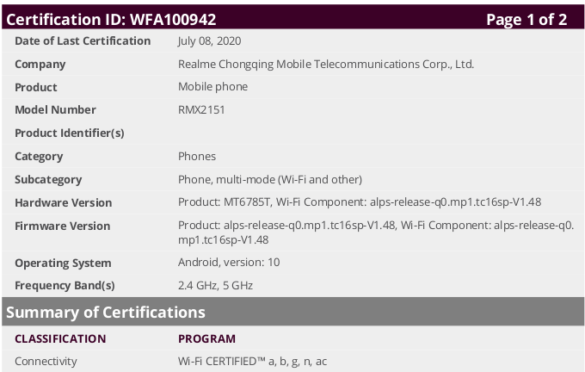 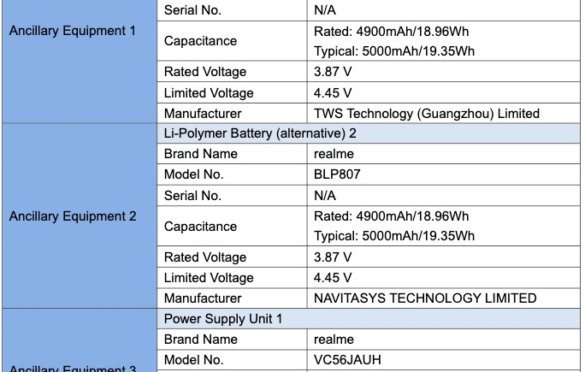 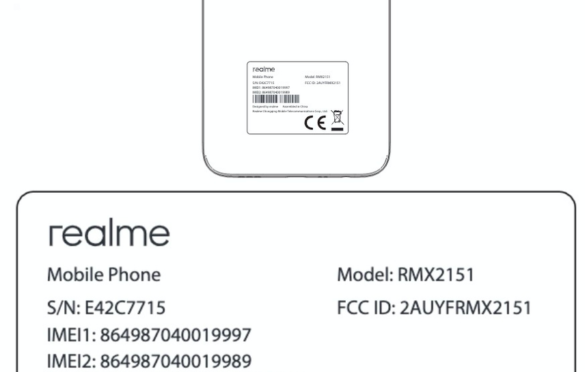 Moreover, to power the device it is going to equip with a 5000mAh battery using a 30W of fast charging solution bundled in the box. As for connectivity, the device includes a 5G, NFC, Bluetooth 5.0, Wi-Fi 802.11ac, GPS and GLONASS. However, the dimension of the device measured as 162.35 x 75.46mm.