Realme has launched there latest budget centric smartphone, the Realme C12 and the device seems to be quite promising so let’s take a closer look toward the device and know more about it.

The device is likely to be one of the most anticipated entry-level smartphone category. The device delivers a significant specification at this price segment. 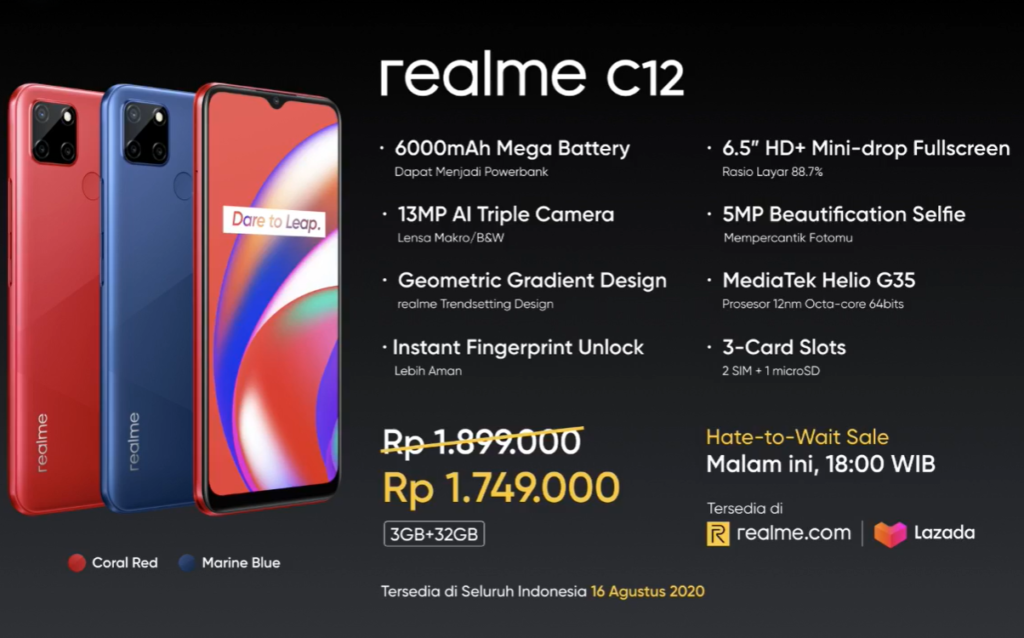 It comes with a 6.5-Inch of HD+ display panel having a Waterdrop notch on the top of the device. The device gives a higher screen to body ratio so far. Further, you can expand the storage using a dedicated microSD card slot. The device is been running on Android 10 based custom Skin Realm UI out of the box.

In terms of camera performance, the device having a Triple rear camera module aligned in a Square camera setup so far. The device housing a 13MP primary accompanied by an Ultra-Wide angle lens + Depth sensor + Macro lens alongside an LED Flash. While the front having a 5MP Selfie shooter so far. Not to mention, the device to be having a Geometric Gradient Design.

Furthermore, to power the device it is going to be equipped with a 6000mAh battery. Under the hood, the device is been powered by MediaTek Helio G35 Mobile platform based on octa-core CPU utilizing the 12nm octa-core 64bits. Therefore, the device to be featuring a rear-mounted fingerprint scanner and the device to be support a 3 Card support as 2 SIM and 1 microSD Card slot.

Vivo Y11 launched in Philippines for $113 with Snapdragon 439