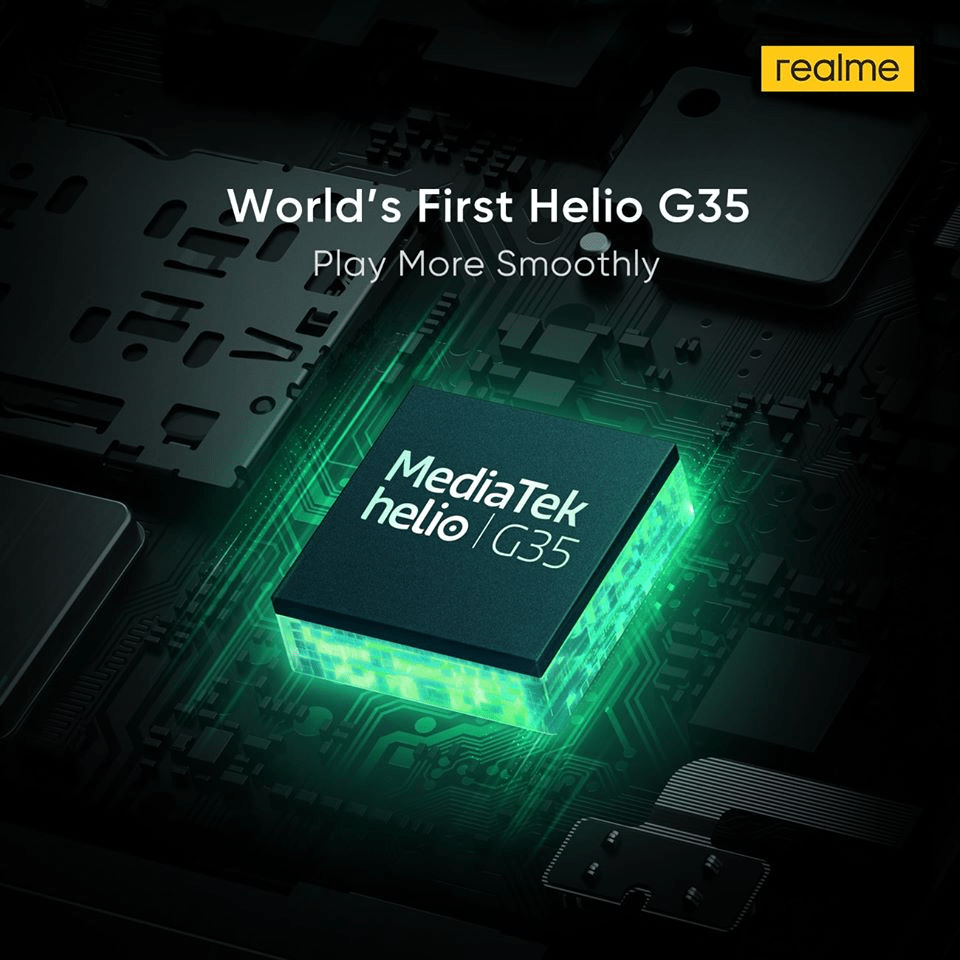 Realme have also started teasing there Realme C11 smartphone, Where the device having a Waterdrop notch on the top of the device includes an immersive camera module of a Square accomplished by an LED Flash. Even more, there will be two primary colours initially going to launch following the Grey and Green colour option.

Not to mention, the design of the smartphone featuring a Narrow bezel and the chin at the bottom. Obviously, the rear includes a 3.5mm audio jack, USB port and bottom Spiker grills. Moreover, the realme branding is done with a Strip like the design on the left side of the rear panel.

As we have mentioned, the device was having a Square camera module housing a Dual rear camera. On the other hand, the device will come with a 6.5-Inch of Display panel most likely having an LCD Display panel. We have not found a fingerprint on the rear panel so the fingerprint might be a side-mounted fingerprint scanner. Additionally, the device also has a Facial recognition for biometric privacy authentication.

Unfortunately, there are no further details available about the same we believe more details will be surface in a couple of days so far. Thanks for being with us. We would like to know your valuable opinion and feedback. If there is any Query share with us in the comment section down below, stay tuned for more further updates in future on same.

The Last of US: Part 2 launches on PS4 with 77GB, Available to purchase

Asus Zenfone 7 Spotted on Geekbench with Snapdragon 865, Android 10 and More