Realme has launched there latest affordable smartphone, the Realme C11, in Malaysia. After Xiaomi launches the Redmi 9C and Redmi 9A, they have launched the device with the MediaTek helio G35 Soc. Where the device seems to be quite promising, so let’s take a closer look toward the device and know more about it.

It comes with a 6.05-inch Display featuring an IPS LCD Display with an HD+ of 1600 x 7200-pixel resolution, where it includes a waterdrop notch on the top of the device.

Under the hood, the device is going to be powered by MediaTek Helio G35 based on a 2.3GB octa-core CPU. The chipset of the device paired with an HyperEngine and IMG PowerVR GE8320 GPU. The chipset coupled with 2GB of Ram and 32GB of onboard storage. 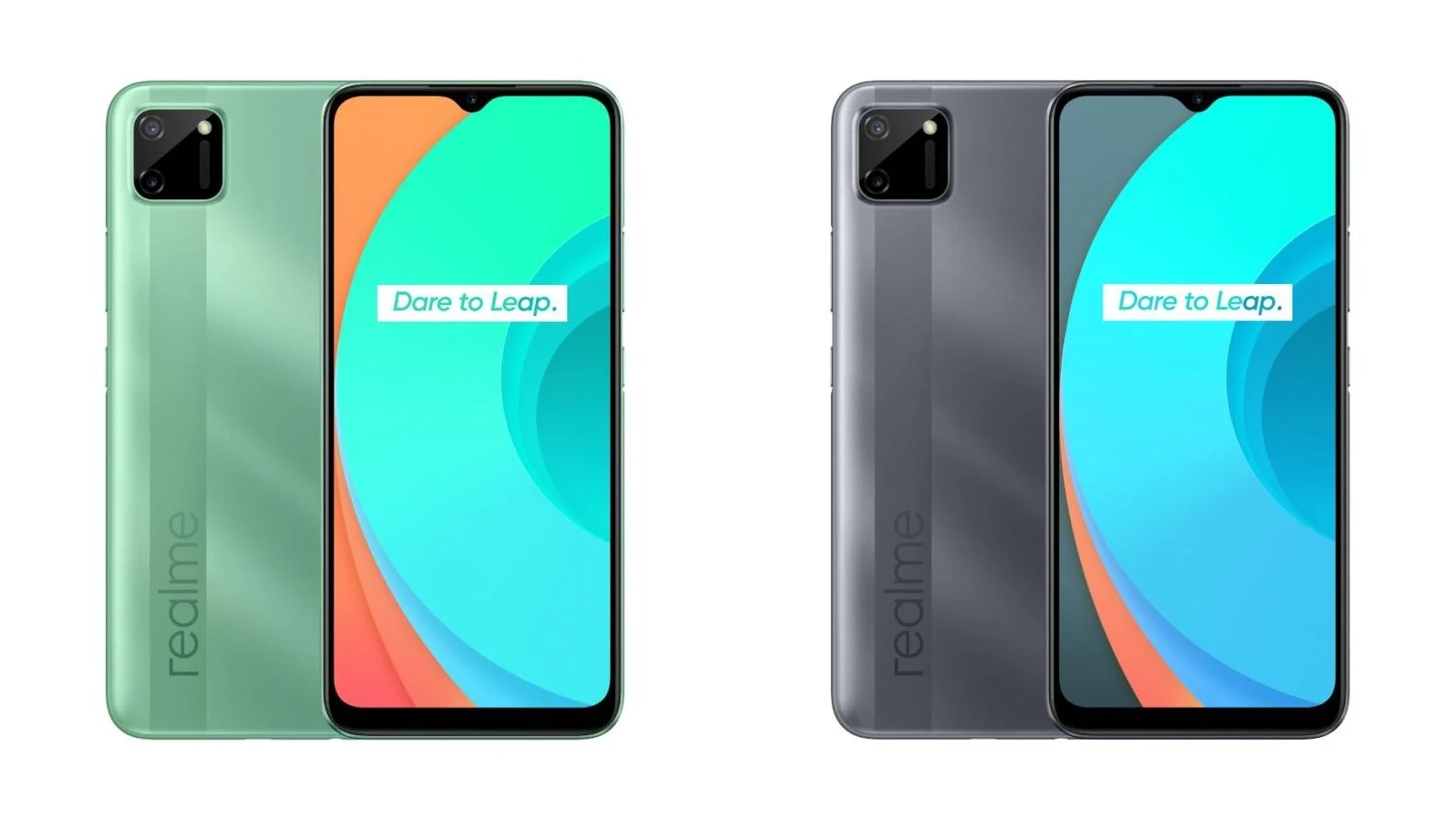 In terms of camera performance, the device will come with a Dual rear aligned vertically placed on the upper left corner of the device. Therefore, it housing a 13MP primary + 2MP Depth sensor while the front has a 5MP Selfie shooter.

Furthermore, the device is going to bring dual nano-SIN support. Additionally, you can expand the storage using a dedicated microSD card slot up to 256GB storage. The device has been running on Android 10 based custom skin Realme UI out of the box.

Moreover, to power the device, it is going to equipped with a 5000mAh battery. The starting price of the device was RM429 (~Rs 7,500), and it will be available in two different color variants as follow the Pepper Grey and Mint Green. The device will go on sale from July 7th through Lazada.