Realme upcoming entry-level smartphone, the Realme C11 was officially listed on Indonesia e-retail website Lazada. Whereas the device is already scheduled to launch on June 30th and the device seems to be quite promising, so let’s take a closer look at the device and know more about it.

It comes with a 6.5-inch LCD Display panel with an HD+ screen featuring a Waterdrop notch on the top of the device. Meanwhile, the device includes quite narrow bezels and chin at the bottom.

In terms of camera performance, the device having a dual rear camera module setup inside a Square camera module placed on the upper left corner of the device. There the device housing a 13MP Primary + 2MP Secondary camera lens utilizing with a Super NightScape Mode while the front had a 5MP Selfie shooter upfront also helpful with Facial recognition for biometric privacy authentication. 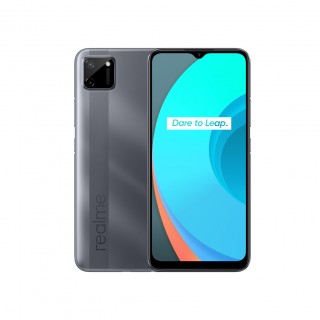 Under the hood, the device is going to be powered by MediaTek Helio G35 Mobile platform based on an octa-core CPU. The same CPU is going to debut with the upcoming Redmi 9C. Additionally, to power, the device is equipped with a 5000MAh battery, and the device has been running on Android 10 based custom Skin Realme UI out of the box.

Thanks for being with us. We would like to know your valuable opinion and feedback. If there is any Query share with us in the comment section down below, stay tuned for more further updates I future on same.