Today, Realme in china officially announced their new smartphone series through a promotional poster posted on Weibo. Where they didn’t reveal the device, but it confirmed the series is soon going to launch. There were some reports that rumoured the device alongside its key specification and more. So let’s take a closer look toward the device and know more about it. 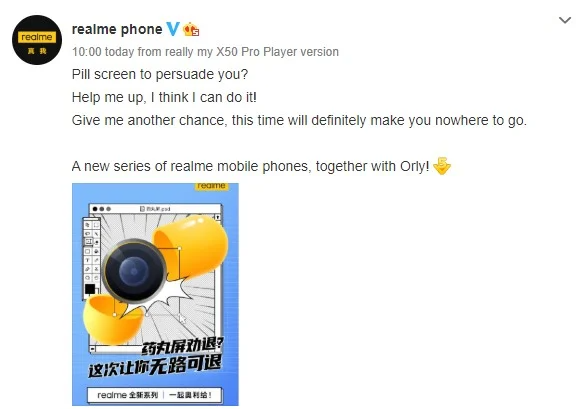 The promotional poster of the device unveiled some of its design languages meanwhile the device having a punch-hole camera cutout placed on the upper left corner of the device. Likely, the device will initially be going to debut in china than we can be expected the device to arrive in another south-Asian market. 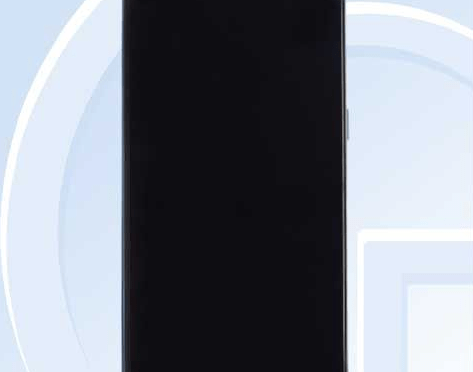 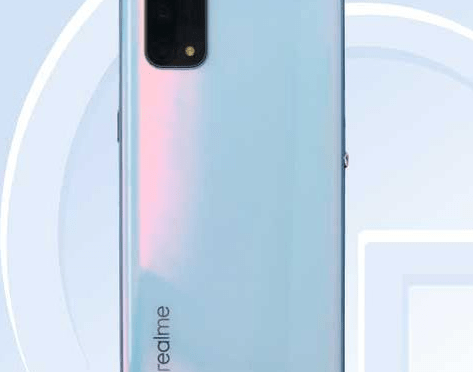 Therefore, the Realme Chief Marketing Officer (CMO) Xu Qi also shows the new “settings” page of the device. Whereas, the device obviously going to support a 5G Connectivity so far. Most likely, the setting page will bring an option for Personalized customization.

According to reports, the device might be Realme RMX2121, and the device already appeared on TENAA Certification website in china. Most likely, to power the device is equipped with a 4500mAh battery. Moreover, the device was also spotted on 3C Certification revealed the 65W of fast charging solution might be bundled within the box.

Furthermore, the dimension of the device measured as 160.8 x 75.2 x 8.5mm. The device will come with a 6.5-Inch of AMOED Display panel with a punch-hole. Notably, the device is going to having an optical in-display fingerprint scanner. Not to mention, the device utilizing the Dual Cell 2200mAh battery.