Realme 5i Launched With 5000mAh India: Price, Feature and Specification

Realme Launched there Realme 5 (2020) Known as the Realme 5i With Some Major Improvement in Design, Performance and Camera Experience as a First Device of 2020. Where it Focus on Sub-10K Segment Market against its Competitor Redmi Note 8, Redmi 8 and Samsung Galaxy M20.

It Comes With a 6.5-Inch HD+ Display offers a 39% Mini-drop Notch on the top of Display achieve 89% screen-to-body ratio. Where it has a 1600×720 pixel resolution screen at 269 Pixel Density With a maximum brightness of 480cd/m2 and Well protected by Corning gorilla glass.

Under the hood, The Device is Powered by Qualcomm Snapdragon 665 AIE octa-core soc. The 11nm FinFET Processor With a 20% Graphics Performance Improvement. The Chipset is paired With 3GB/4GB LPDDR4X Ram + 32GB/64GB onboard storage. 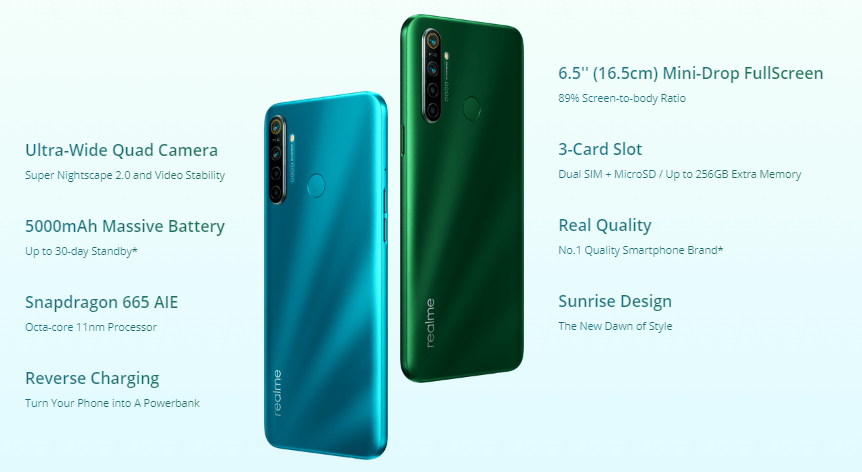 In the terms of camera performance, The Device Comes With a Quad Camera module aligned vertically placed at the Top-left corner of the rear panel. Where it Housing a 12MP f/1.8 Primiary + 8MP f/2.25 119° ultra-Wide along 2MP Portrait lens and 2MP macro lense. Meanwhile, it comes with Super NightScape 2.0 and EIS in Ultra-Wide angle as well.

To power the Device, it Equipped With a 5000mAh battery deliver a 30-Days Standby time using a 10W charging power (5V, 2A) bundled in the box. Also, it Supposes Reverse Charging and carries the four-Cell Security System. Moreover, it brings a Splash-Resistance to protect all internal and External Hardware including Screen and Rear panel.

Likely, It comes with Dual 4G SIM Slot and dedicated MicroSD Card expandable up to 256GB Storage. It runs on Android 9.0 Pie-based ColorOS 6 With Realme UI Edition including a System-Wide Dark Mode out of the box. Not to mention, it will get Android 10 based Realme UI in Coming Updates.

The Device Package comes with a Regular Quick Guide, Device Itself, SIM ejector Standard Charger followed by Cable. The Dimension of the Devie measured as 164.4mmx75.0mmx9.0mm and Weight ≈195g(with battery). This Device Remains the 3.5mm Audio jack.

The tag line of Realme 5i is a Power House belongs to Realme 5 Quad Camera Smartphone benchmarking Industry. Not to mention, The Device Itself marks as the Best Camera Smartphone under 10k offering a Powerful Performance. As for Security, it having a Rear Mounted Fingerprint scanner and a Face Unlock using Front camera.

The Device Initially comes in two-colour Option as Aqua Blue and Forest Green. Realme 5i is Priced at ₹8,999 Variant available as for Now and it will go on sale from January 15th on Flipkart and Realme store. They also give you some more attractive offer from there partners. 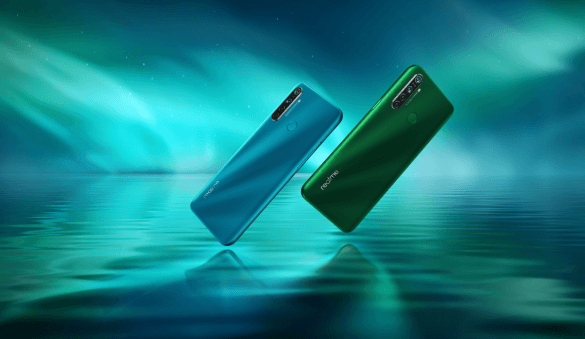 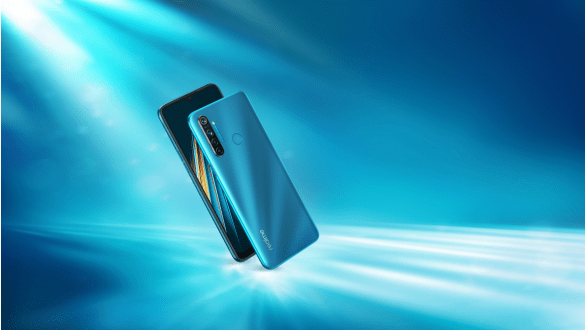 Thanks for being with us, Share your more valuable opinion and feedback in the comment section down below. Stay tuned for more Reviews and More.

Vivo Y90 comes with MediaTek Helio A22 with 2GB RAM