Pubg mobile is going to introduce a new character called Andy, the release date for the character alongside its price and availability have been confirmed. It seems to be quite promising so let’s take a closer look to word and know more about it.

There were a lot of rumours have been speculating, the pubg mobile Andy character is most likely to be a wife in a couple of weeks. which means it going to feature complete new unique abilities alongside outfit and boys even more than this.

There was some recent report that confirms the release date for the Andy Character to the game but it going to cost for their character. This means the character is not going to free at all or you can’t unlock with their missions.

Starting with its introduction it is and magician and Papita but due to some accident happen in his life he became one of the most professional players for the guns. Here it is was and master of guns for a short period and tested hit skill for an intense combat fight. 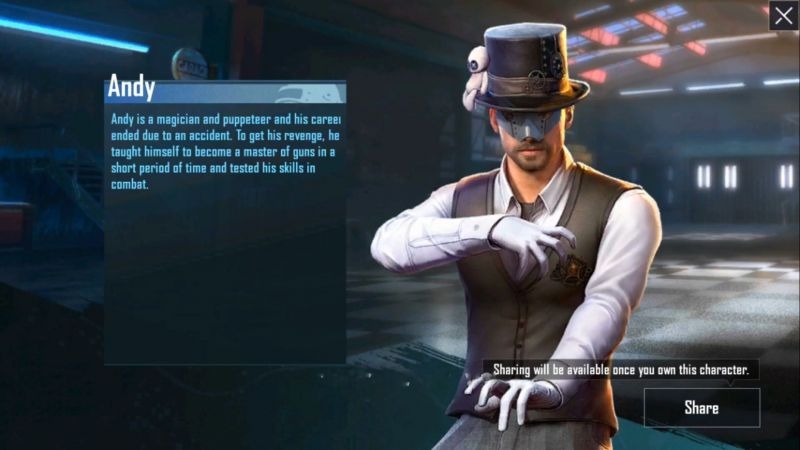 However, according to the report, the Andy character is going to debate with pubg mobile on June 2nd. Moreover, it includes some of the unique characters watches alongside some new divorce feature in an exclusive event. Where once you purchase it for 1200 character voucher you can utilise in the missions.

The character level is to be upgraded up to 10 level means it would be 10% faster to pick up the gun and the speed along 16% abilities is going to be upgraded in total. in contrast, it going to off for some new unique emotions and MBP emotions including voice commands.

Thanks for doing with us we would like to know your valuable opinion and feedback is there is any query share with us in the comment section down below. Stay tuned for more for the updates in future on same.