Pubg mobile has recently launched their 0.18.0 update, where they have added a lot of new features and of offering the game. Meanwhile, pubg has also introduced some of the new features to the classic map of Miramar call sand storm mode. As report leave, it is going to arrive in pubg mobile soon.

Pubg mobile has officially confirmed the Sandstrom mode is schedule II to release on 12th.even more that there were two different kinds of Sandstrom is likely to be a arrive. According to reports it having two levels of Sandstrome mode, first should be e a normal and secondary e would be a larger map size of Sandstrom mode. So without for the delay, let’s discuss more it. 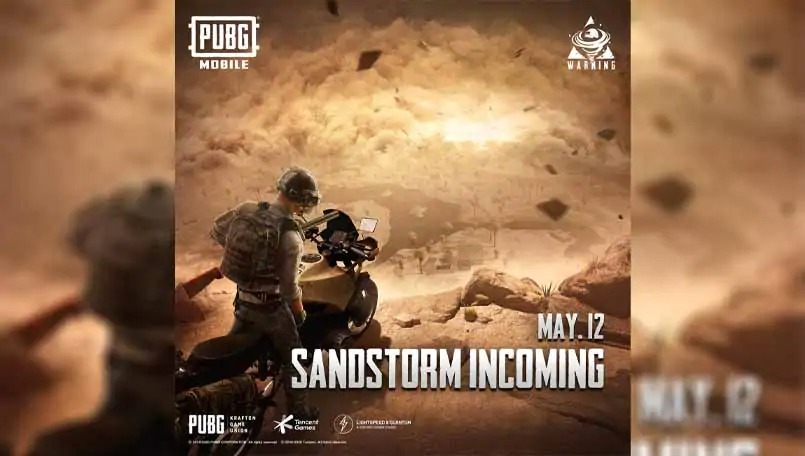 The normal mode will have a random location spawning. But the heavy sand storm mod does the same, but it would be accomplished by giant sandstone on the map. Which means their ability to waving would be lesser compared to the normal mode. Players will be able to to see with their vision with and few metres. Most likely, you will be able to see not more than 100m.

Therefore the game will prioritise the use of assault rifle and SMG because the laser vision means close combat. Which is directly seems to confirm the most intense match? On the other hand, there were two new notes for the erangel, and Miramar featuring on you scramble mode, Jungle Adventure guide mode but it not expected to arrive at the same time. Obviously, these were the part of pubg mobile 0.18.0 that will can really in the meantime.

Thanks for being with us, we would like to know your valuable opinion and feedback. If there is any query share with us in the comment section down below. Stay tuned for more father updates in future on same