Poco upcoming budget the Poco X3 seems to be launch quite imminent hence the Poco X3 NFC surfaced online. The device seems to be quite promising so let’s take a closer look toward the device and know more about it.

There are no details about the NFC reference; hence it should be revealed on the launch event so far. As Poco Teased the launch event will be starting on 5:30 PM IST so far and it will be live-streamed on its social networking includes a YouTube, Facebook and Twitter so far. 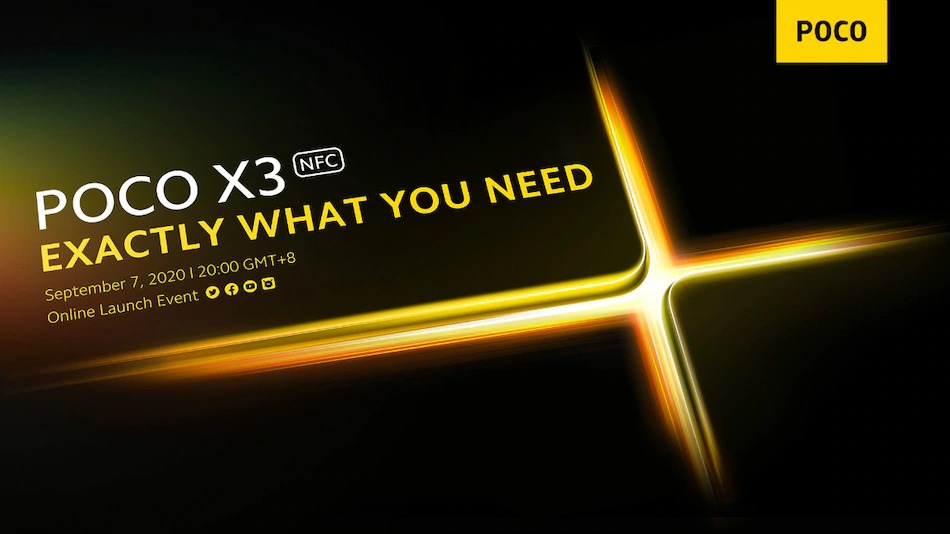 According to reports, the device is to become with a 6.67-Inch of a display panel with the support of 120Hz of screen refresh rate accomplished with a 240Hz of touch sampling. Under the hood, the device is going to be powered by Qualcomm Snapdragon 732G Mobile platform based on octa-core CPU.

Furthermore, to power the device, it going to be equipped with a 5160mAh battery using a 33W of fast charging solution bundled in the box. In terms of camera performance, the device is to become with a 64MP Quad rear camera module. While the front housing a 20MP Selfie shooter so far.