Poco’s upcoming budget range smartphone is most likely to be the Poco M2 Pro. There were some reports surfaced online that confirm the device. The device used to record from using, so let’s take a closer look at the device and know more about it. 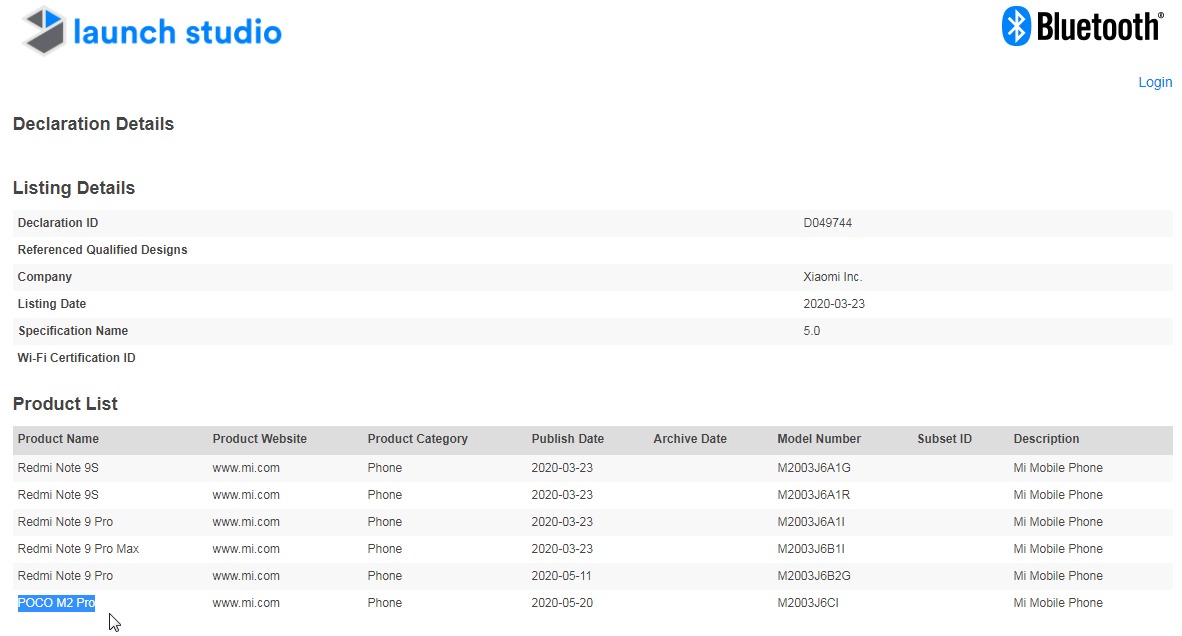 Where the device has been running on Android 10 based custom skin MIUI 12 out of the box, and the device most likely to be support Bluetooth 5.0 XL connectivity. Moreover, the declaration ID of the device is quite identical to the redmi note 9 series, so we can expect the device to be our rebranded version of the redmi note 9 Pro.

Notably, the Poco has not launched any new smartphone except the device has been rebranded version of the Chinese or global model of some device. In this case, we can expect the device most likely to be rebranded redmi note 9 Pro.

#POCO #POCOM2Pro
So guys I congratulate you! POCO M2 Pro (M2003J6CI) will be launched soon in India. As I told you before, it will look like this 😉

Feel free to retweet if you are not confused by rebranding #RedmiNote9Pro Global Version 👍 pic.twitter.com/napBDWv3ym

However, it was an early certification, but it confirms the device is in existence, and the device is also going to support dual-band Wi-Fi connectivity. Unfortunately, there is no for the details available about the device on the same, but we can expect more details to be avoided in a couple of days.