OPPO’s Launched its Reno Smartphone Called Reno WIth 10x Zoom, Which Features a lot of New Features along 5G in Some Europe Region. Today they Launched their New Series Know as Reno Z Series Starting With the Price Tag of EUR 190 (~$215 / ~₹15,000).

This Smartphone is Similar to Reno Smartphone With Some Minor Changes to make it Mid-Budget Range Smartphone. This is Oppo Reno Z Smartphone.

The Smartphone Comes With a 6.4-inch AMOLED Display WIth Resolution of FHD+ as 2340 x 1080 Pixel along 19.5:9 aspect ratio. Which Include a Top-Notch Display on the Front. There is a Long Vertical Strip on the Rear Side for LOGO, Tagline. 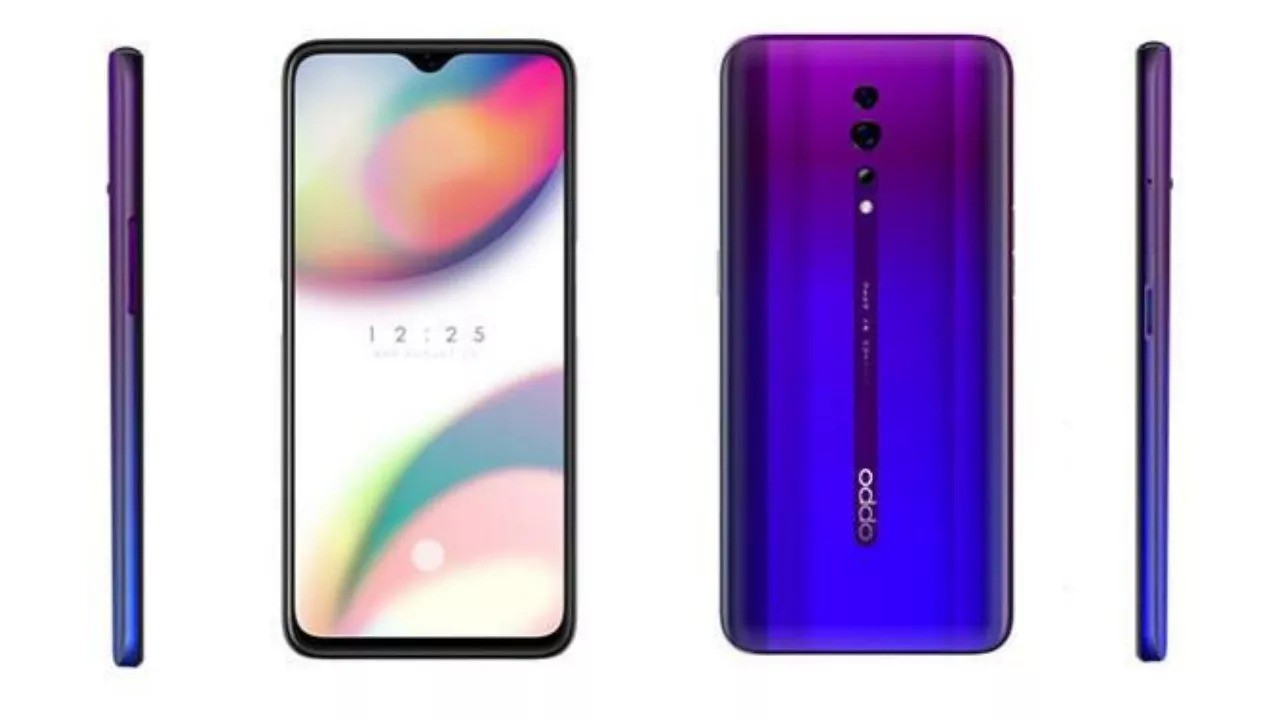 The Device Powered by Qualcomm Snapdragon 710 Soc Coupled With 6GB of Ram and 128GB of Onboard Storage. It has a Kryo 360 CPU and Adreno 616 GPU. You can’t Expand Storage Because it doesn’t Support MicroSD Card.

In the Terms of Camera Performance, it has O-Dot Ceramic Point, because it Has none Camera Bump. It Uses O-Dot Ceramic point to Protect the Lens While Placing a Device on a Flat Surface. it Features Rear Dual Camera 48MP Sony IMX586 Primary + 5MP Depth Sensor.

As for Selfie, it has a 32MP Selfie Camera Hidden under a waterdrop Notch Design Display. Waterdrop Display Gives it More Screen-to-Body Ratio and Make it Bezeless.

Consider a Mid-Budget Deice it Has a 4G VoLTE, Wi-Fi, Bluetooth 5.0, GPS, NFC, 3.5mm audio jack, and USB Type-C port Connectivity Option. They place the button as Placed as Power Button on Right Edge, Volume Rocker on left. The Device Will be Available on Sale from June in Europe. We Have none Report about Launched in India.

I Hope you Like it, Thanks for Being With Us. Share your opinion and Feedback in the Comment Section Down Below. Stay Tuned for More Further Updates.