Oppo launched their flagship affordable smartphone, OPPO Ace2 5G with some promising configuration in China. Likely the device also going to debut in India and Europe. The highlight of the device is Snapdragon 865 Soc, 90Hz Display panel, 40W fast charger and more. The design of the device seems quite similar to the upcoming OnePlus 8 series.

The chipset of the device also integrated with Qualcomm X55 modem to deliver a Dual-mode 5G connectivity. Where it allows both SA and NSA 5G network alongside a Wi-Fi 6.

It comes with a 6.55-inch Full HD+ Display with a 1080×2400 pixel resolution of 20:9 aspect ratio. Where the device features an 90Hz refresh rate Display panel. Which accomplished by a 180Hz touch sampling rate with a 100% DCI-P3 Support an HDR. Corning gorilla glass 5 is well protected, with the display panel offering a punch-hole camera cutout placed on tve the upper left corner of the device. 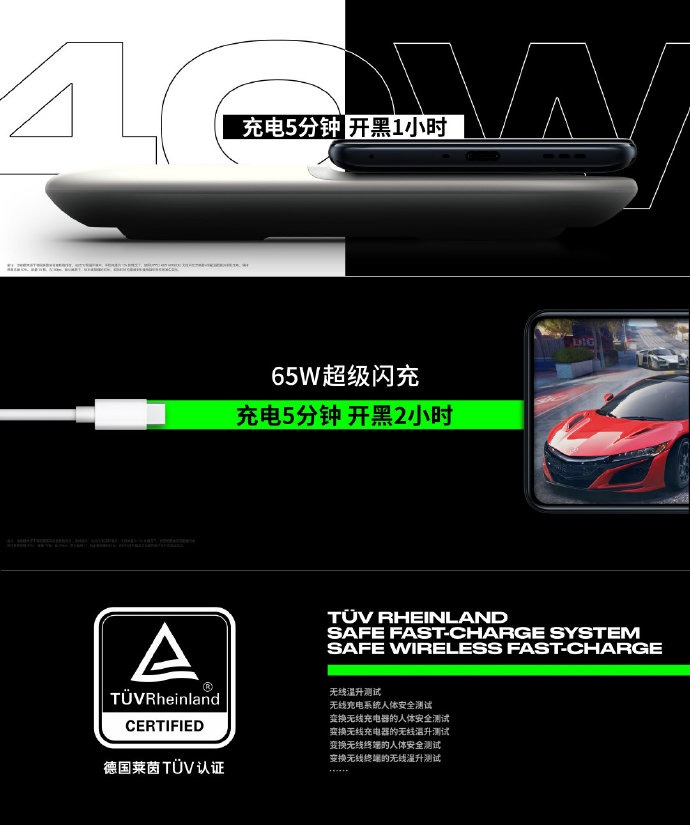 Under the hood, the Device is powered by Qualcomm Snapdragon 865 Soc using an Adreno 650 GPU. Where the chipset paired wirh 8GB of LPDDR5 Ram using an 128GB of onboard storage. Whereas there were two different configuration as 8GB + 256GB and 12GB + 256GB Variant.

Furthermore, to power the device it equipped with an 4000mAh battery using an SuperVooc 2.0 65W fast charging through USB-PD Type-C port bundled in the box. Meanwhile, it also offering an 40W AirVooc Wireless charging takes 56Min to complete charge with the help of 10W Qi Charging and 10W reverse wireless charging solution.

As far performance concern it havjng an HyperBoost 3.0 to maintain performance and thermal with 12% performance boost. It cool the device with 1.4°C coller and having an 4D vibration to give an haptic feedback makes it more immersive experience.

The dimension of the device measured as 160 x 75.4 x 8.6 mm and weight 185g. It runs on Android 10 based custom skin ColorOS 7.1 out of the box. On the other hand, they have also released the Oppo Enco W31 TWS earphones to accomplish the Oppo Reno Ace2 5G. Moreover, the device is available in Black, White and gold colour for CNY 299 (~43) and it well protected with an IP54 rating.

Thanks for being with us, we would like to know your valuable opinion and feedback. If there is any query share with us in the comment section down. Below. Stay tuned for further updates in the future on the same.