Oppo upcoming budget affordable smartphone, the Oppo A72 5G smartphone. The device was recently spotted on the TENAA certification authority of china with the internal model number PDYM20 and PDYT20. The device seems to be quite promising, so let’s take a closer look at the device and know more about it.

The device is going to come with a 6.5-Inch of Punch-Hole camera of Full HD+ pixel resolution. The device also has a comes with a 20:9 aspect ratio that comes with a 90Hz of screen refresh rate.

Furthermore, the device is going to have a rear-mounted fingerprints canner. Although, the dimension of the device measured as 163.2 x 75.1 x 7.9mm, and the weight of the device was 178 grams.

In terms of camera performance, the device delivers a triple rear camera module aligned in a Square camera module placed on the upper left corner of the device: the device housing a 16MP primary + 8MP Ultra-wide angle lens + 2MP triple camera sensor. In contrast, the front having an 8MP Selfie shooter. 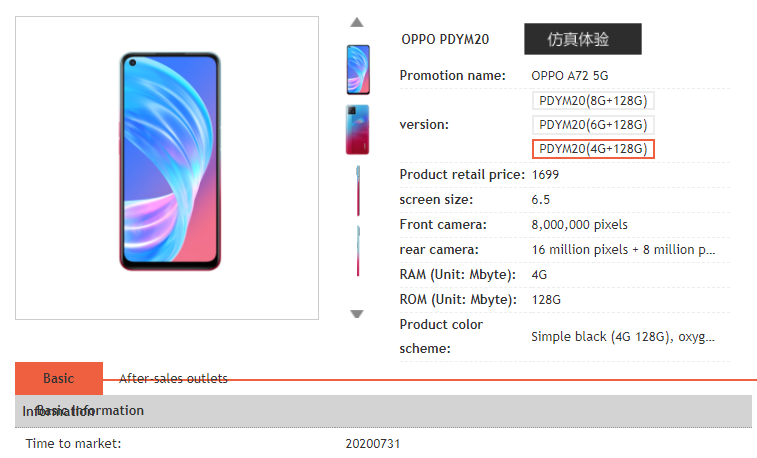 According to reports, the device is expected to launch on July 31st, and the device likely to be available for the Simple Black, Oxygen Purple, and Neon colour option. Thanks for being with us. We would like to know your valuable opinion and feedback if there is any query share with us in the comment section down below. Stay tuned for more further updates in the future on the same.

How to make a live wallpaper on Android and iPhone

Reportedly, IQOO Pad seems to be launch Quite imminent