Oppo launched there the latest entry-level smartphone, and the device debuted in Cambodia today. The device seems to be quite promising so let’s take a closer look toward the device and know more about it. 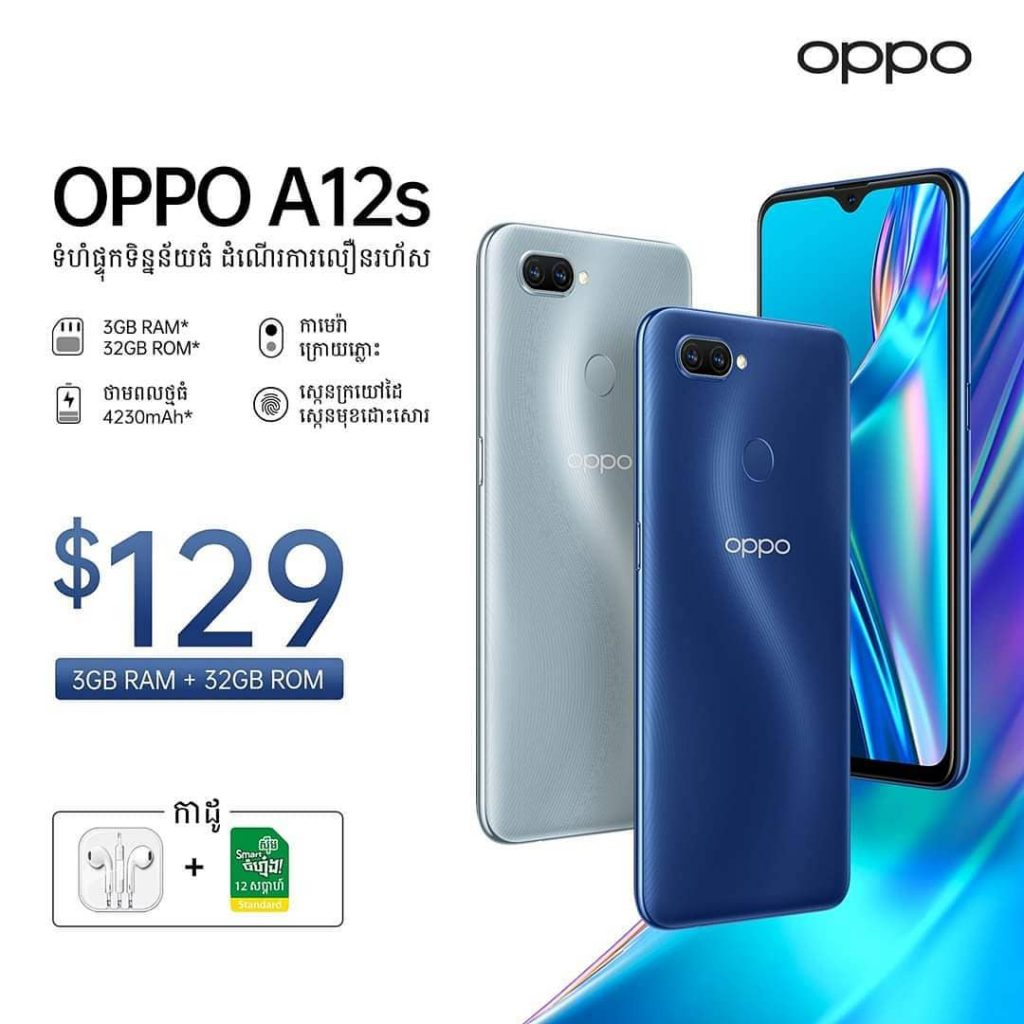 It comes with a 6.22-inch of IPS LCD Display panel having a waterdrop notch on the top of the device. There the device includes an HD+ pixel resolution utilizing an 88.3% screen to body ratio.

In terms of camera performance, the device having a dual rear camera aligned vertically placed on the upper left corner of the device. Therefore, the device housing a 13MP primary + 2MP Depth sensor accompanied by an LED Flash. In comparison, the front having a 5MP Selfie shooter.

Furthermore, the device also had a rear-mounted fingerprint scanner. Under the hood, the device is going to be powered by MediaTek Helio P35 Mobile platform based on octa-core CPU. The chipset of the device paired with a 3GB of Ram and 32GB of onboard storage. Further, you can expand the storage using a dedicated microSD card slot.

The starting price of the device was ~$129 (Rs 9,720), and the device is available in sole 3GB + 32GB memory configuration. The device will be available on major retail and e-commerce site so far.

Motorola Moto G9 Plus Get Certified by EEC with Model No. XT2087

Google Pixel 4A appear on Google Store ahead of official announcements