OnePlus’ upcoming flagship smartphone series, where the OnePlus 8 series includes OnePlus 8, and OnePlus 8 Pro, is scheduled to launch on April 14th. Whereas, the OnePlus 8 series is a successor of the OnePlus 7 series. It is likely that the device will likely feature punch-hole cameras and other configurations. After a very long time, as their device always been water-resistant but this time, they included a water-resistant certificate with an IP68. Let’s take a closer look at the device and its configuration spec sheet.

The OnePlus 8 comes with a 6.5-inch a Fluid AMOLED Display featuring a Full HD+. Likewise, where the device have 20:9 aspect ratio, it delivers a 402 Pixel density. The device even supports an HDR10+ and providing a 90Hz Display panel. Meanwhile, the OnePlus 8 pro will come with a 6.78-inch Fluid AMOLED screen of a 1440×3168 pixel resolution and 19.8:9 aspect ratio. Meanwhile, it supports HDR10+ at a pixel density of 513 PPI alongside the 120Hz refresh rate.

OnePlus 8 seems to have an industry beat Display technology with a MEMC technology providing an Adaptive Display. It also includes an in-display fingerprint scanner and is well protected by Corning Gorilla glass panel. Moreover, the dimensions of the device measured as the 8mm thin and OnePlus 8 Pro as 8.5mm with 199 grams. 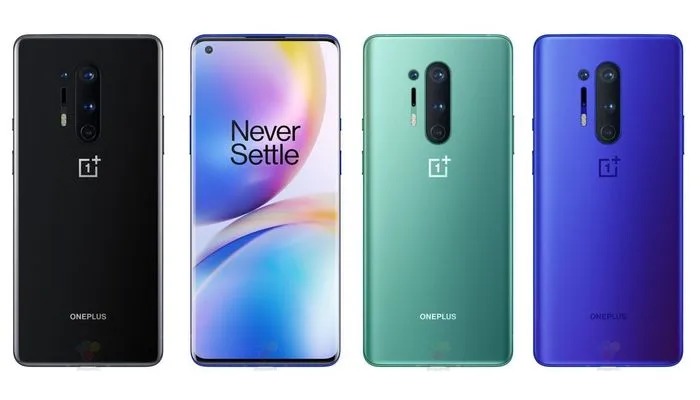 Under the hood, the device has powered by Qualcomm Snapdragon 865 Soc coupled with 8/12GB of LPDDR4X ram and OnePlus 8 Pro 8/12GB of LPDDR5 Ram. Therefore, the device is paired with a 12/256 UFS 3.0 onboard storage. To power the device, it equipped with a 4310mAh battery using a 30T warp charger. In contrast, OnePlus 8 Pro equipped with a 4510mAh battery and has to be 30W wireless charging and a 30W warp rapid charging solution.

Furthermore, the OnePlus Pro having an Identical camera module housing 48MP Sony IMX686 along with an OIS and EIS support + Sony IMX586 with 120°FoV + 8MP telephoto lens with Optical zoom and 30x digital zoom support. Even it offers a 3D audio zoom alongside color filter.

The device runs on Android 10 based on OxygenOS 10 out of the box. The OnePlus 8 and OnePlus 8 Pro packed a Stereo Speaker and Dolby Atmos support. As for connectivity, there is support for dual SIM support, 5G, Wi-Fi 6, Bluetooth 5.1, NFC, and USB Type-C.

Thanks for being with us, we would like to know your valuable opinion and feedback. If you have any query share with us in the comment section down below.

Motorola E6 plus spotted on the Geekbench, MediaTek helio P22

Vivo 1951 Spotted on the Geekbench, Snapdragon 710 Soc with 6GB Ram