HMD Global Launched there Three New Nokia Featured Phones at IFA 2019. These all phone are the Re-Branded Featured phone Which People Love about and Want to Enjoy the Featured phone. There is Nokia 110 (2019), Nokia 9800 Tough and Nokia 2720 Flip. 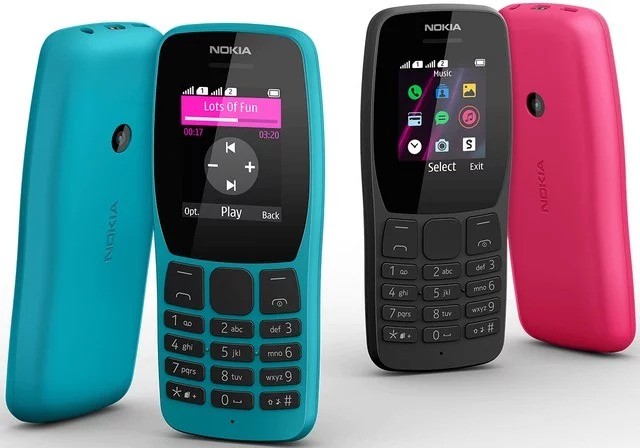 It comes with a 1.77-Inch QVGA Display With 4MB Ram and 4MB of onboard storage. on Software Front it Runs on Nokia Series 30+ software. You can also use an Expandable Storage via MicroSD Card Slot. For Camera, it Sports a QVGA Camera With an LED Torchlight alongside FM Radio. To Power the Device, it having a Decent 800mAh battery.

This is a Dual-SIM Device But Only Support 2G. Maybe it’s Battery last Long you for 18.5 Days. There is Pre-Loaded Nokia Popular Games as Well Like Nokia. Nokia 110 (2019 Starting Priced $20 (₹1400), Initially Comes With a Three Color Varient as Blue, Pink and Black Color Varient. 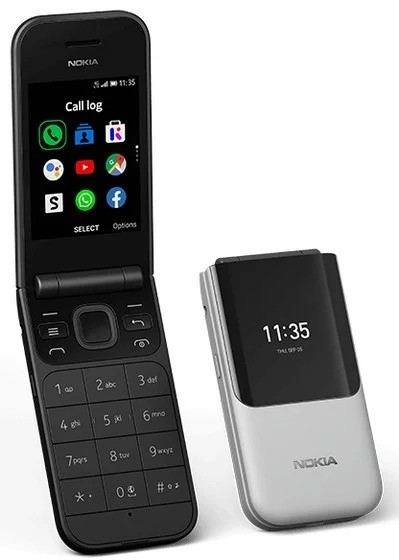 One of the Most Popular Flip phones, This Time it Includes a Secondary Screen outside to View Notification. Meanwhile, it also brings an SOS button to Send Messages to your Registered Contact in case of an Emergency.

It comes with a 2.8-inch QVGA primary Display With a 1.3-inch 240 x 240-pixel Resolution Secondary Display. The Device is Powered by Qualcomm  205 Soc coupled With 512MB of Ram and 4GB of Onboard Storage. You can Expandable Further using MicroSD up to 32GB. On the Software Front, it Runs onboard kaiOS. Not to mention the Software is a Complete Package for a Featured phone Such as Jio Phone Series. Allow you to Use Social network and Downloads Apps. Designed for KaiOS platform Like Google assistant Support.

Nokia packed a 1500mAh battery and Comes with a Rear 2MP Camera Sensor. Nokia Claim that the Device Can Hold upto 27Days of Stanby. It also has a Torchlight and Loudspeaker. Likewise, the Device Priced at €89 (₹7000), It Will available from later this Month With Primary Color Blue, Pink and Black Color Options. 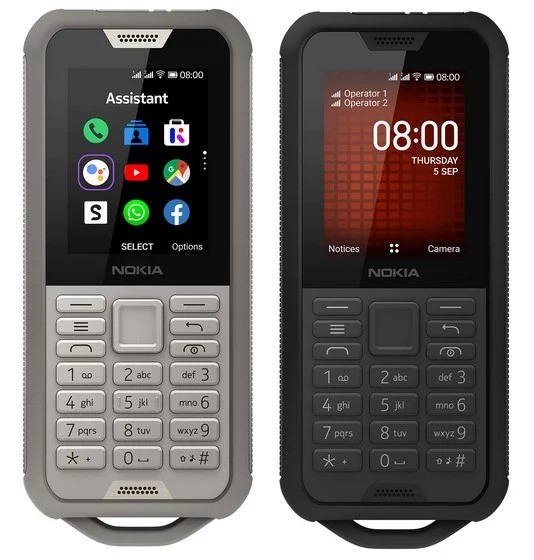 This Device is Specially Designed for Rough Surface or Say Tough Feature phone because it having a Flagship Level IP68 Water and Dust Certification. Meanwhile, the Device Stand to Survive Accidental Drops and in extreme Temperature. On the Other Hand, it also Certificated With MIL-STD-810 Consider as Military Standard Toughness.

It comes with a 2.4-inch QVGA Display and Powered by Qualcomm 205 Soc Coupled With 512MB Ram and 4GB of Onboard Storage alongside 32GB of MicroSD Expansion. Moreover, it also offers a 2MP Rear Camera With Flash and Sport a 2100mAh battery. However, Having a Loudspeaker, Flashlight along LTE Connectivity. The Device is Run over KaiOS.

Which Pre-Loaded Apps Like Facebook and WhatsApp, There is also a Google Assistant Support. The Dual-Sim Nokia 800 Tough Can Remains on Standby for 36Days with its 2,100mAh battery. It Will Price at €109 (₹8600) and available in Dark Steel and Desert Sand Color option Starting available from October.

Thanks for Being With us, Share your valuable opinion and Feedback in the Comment Section Down Below. Stay tuned for More Further updates in the future.

Motorola One Zoom and Moto E6 Plus: Price, Feature and Specification