Motorola One Vision Plus launch as a Re-branded Moto G8 Plus -Specs, Feature, Price, Color and more

Motorola has officially launched there the latest smartphone, the Motorola One Vision Plus, in the middle east. The device was quite identical to the Motorola G8 Plus that was already launched in India last year in October. It seems to be quite promising, so let’s take a closer look at the device and know more about it.

Motorola One Vision Plus Key Specification and Highlights

It comes with a 6.53-Inch of Full HD+ screen having a 1080 x 2280 Pixel resolution with an LCD display panel. There is a waterdrop notch on the top of the device surrounded by quite narrow bezels. 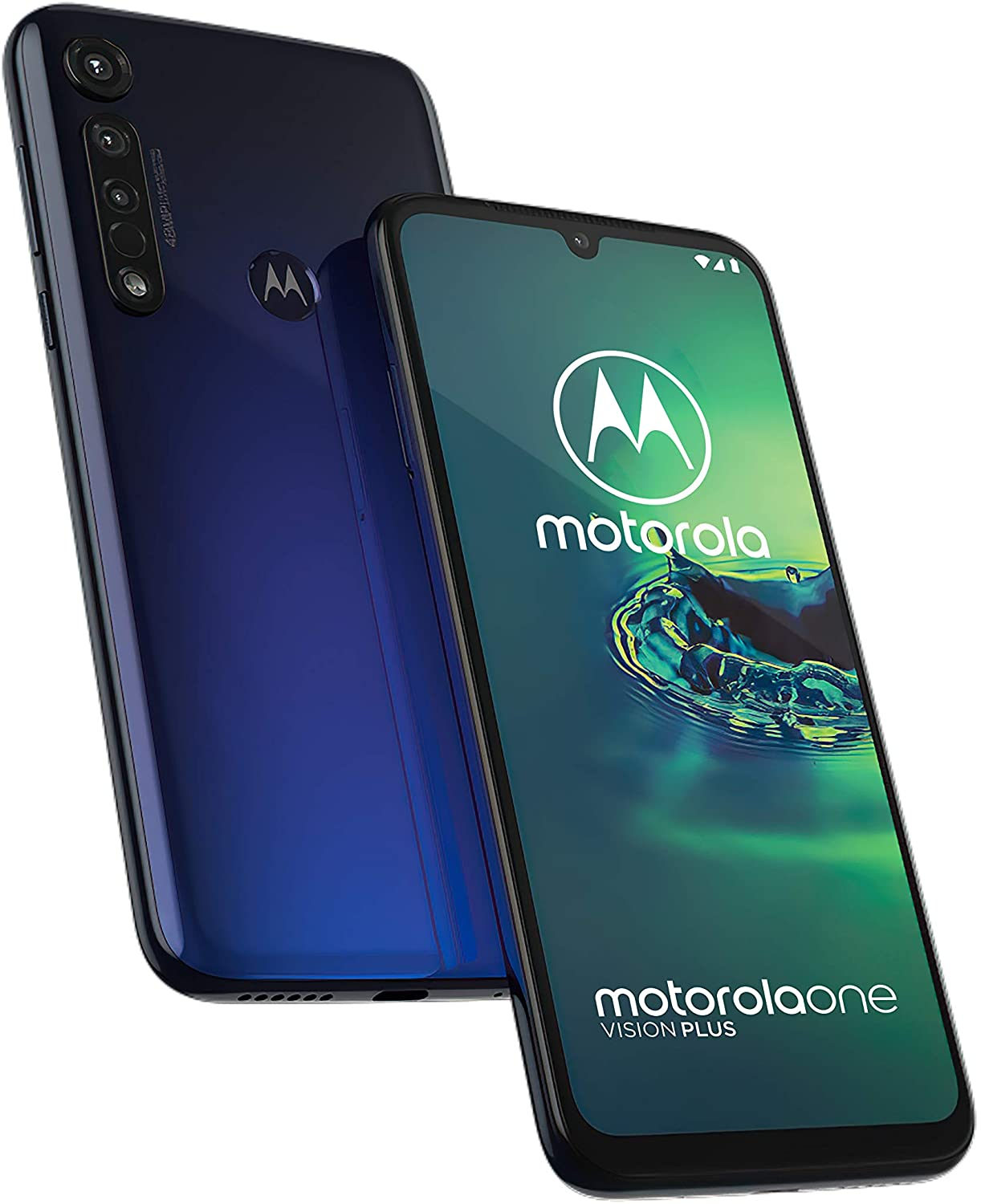 Under the hood, the device has been powered by Qualcomm Snapdragon 665 Mobile platform based on an octa-core CPU. The chipset of the device paired with 4GB of Ram and 128GB of onboard storage. Further, you can expand the storage using a dedicated microSD card slot up to 512GB.

In terms of camera performance, the device having a triple rear camera module placed on the upper left corner of the device. Therefore, the device has a 48MP f/1.79 primary + 16MP f/2.2 117° Ultra wide-angle lens + 5MP f/2.2 depth sensor. While the front had a 25MP f/2.0 selfie shooter upfront.

Although, the device has been running on Android 9.0 Pie-based customized Moto Skin out of the box. As for connectivity, the device includes a 4G LTE, Bluetooth v5.0 alongside 3.5mm audio jack, NFC, USB Type-C, and more. In contrast, to power, the device is equipped with a 4000mAh battery using a 15W of fast charging out of the box.

The starting price of the device starts with an AED 699 (~Rs 14,300) and the device available in 4GB + 128GB memory configuration. Meanwhile, the device initially comes in two different colour variants as follows the Cosmic Blue and Crystal Pink colour option.

Not to mention, the device is also going to deliver a rear-mounted fingerprint scanner, E-compass, and all basic sensors. The dimension of the device measured as 158.35mm x 75.83mm x 9.09mm and weighed 188 grams.

Tags #Motorola One Vision Plus
Previous