Motorola upcoming flagship premium smartphone, the Moto G9 Plus is going to launch quite soon. The device seems to be quite promising so let’s take a closer look toward the device and know more about it.
Also, the device spotted on TUV Rhineland database alongside FCC certification revealed its key specification and highlights.

First thing first, the device has been appearing with the internal model number XT2087-1. The device was likely to be a quite impressive smartphone. 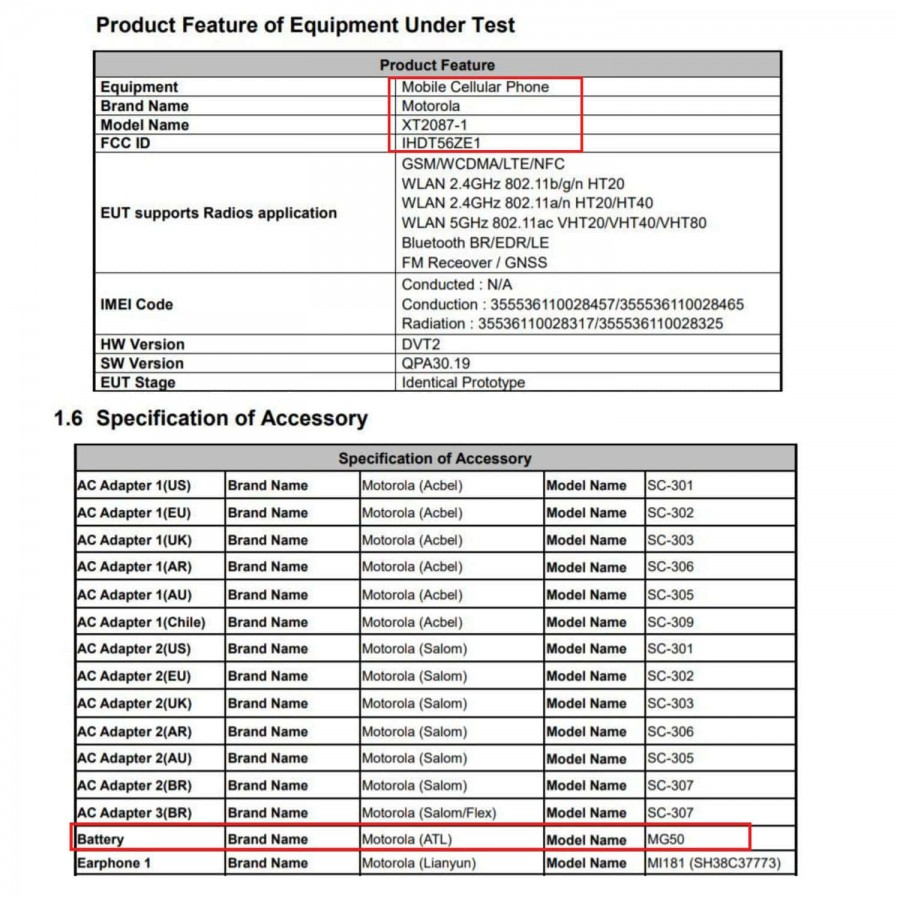 Therefore, the device is going to equip with a 4700mAh battery using a 30W of fast charging solution bundled in the box. As for connectivity, the device having support for an FM Radio, Wi-Fi, NFC and Bluetooth BR/EDR/LE. Moreover, the device is going to having a charging adapter with the model number SC-301/ SC-302/ SC-303/ SC-305/ SC-306/ SC-307/ SC-309 as the device bundled with respected to region most likely to be an MG50.

On the other hand, the device has been listed on the Spanish retailer website suggested the device will be priced at Euro 277 for the 4GB and 128GB memory configuration. According to reports, the device is going to be launch quite soon as expected to be launched in a couple of weeks.

Unfortunately, there are no further details available for the device so far. Thanks for being with us. We would like to know your valuable opinion and feedback if there is any query share with us in the comment section down below. Stay tuned for more further updates in future on same.

The OPPO R15X has been Officially launched the device in China.