Meizu has officially scheduled the launch event for Meizu 17 Series on April 22nd. However, the event will not host physically but it will be online event due to global outbreak of coronavirus pandemic. There was a lot of friend disease and specification of the device is been surfaced online. Let’s take a closer look toward the device and know more about it.

Meizu announced the launch event with a promotional poster. Which confirmed the key design language of the device. The design language from the front is exactly the same as what we have seen in the renders earlier. Meanwhile, it confirmed that the device will come with an AMOLED display panel with an integration of a display fingerprint scanner. This device has paired with an LPDDR5 RAM and UFS 3.0/3.1 flash onboard storage. 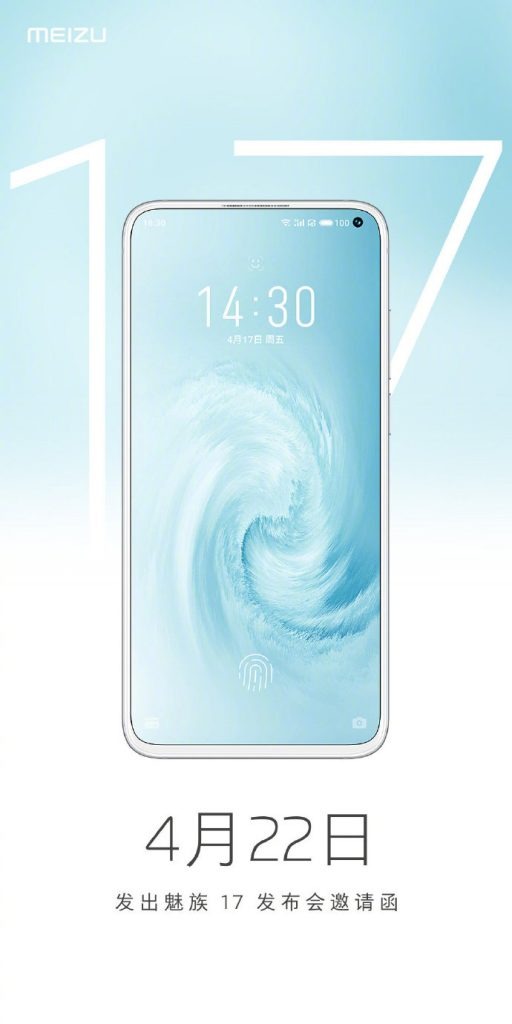 On the other hand, the device will powered by the latest flagship Qualcomm Snapdragon 865 mobile platform integrated with Qualcomm x55 modem to support dual 5G mode. Meanwhile, the device will initially launch in China, Which having the mainstream 5G series featuring SA/NSA (Standalone and Non-Standalone). Furthermore, the device is paired with an LPDDR5 RAM and UFS 3.0/3.1 flash onboard storage. Unfortunately, there are no further details available as of now.

Thanks for being with us we would like to know your valuable opinion and feedback. If there is any query with us in the comment section below. Stay tuned for more for updates and future on same.