LG’s upcoming smartphone, the LG Velvet 5G, and the device listed on Google Play Store. Whereas, the device seems to be quite promising, so let’s take a closer look at the device and know more about it. 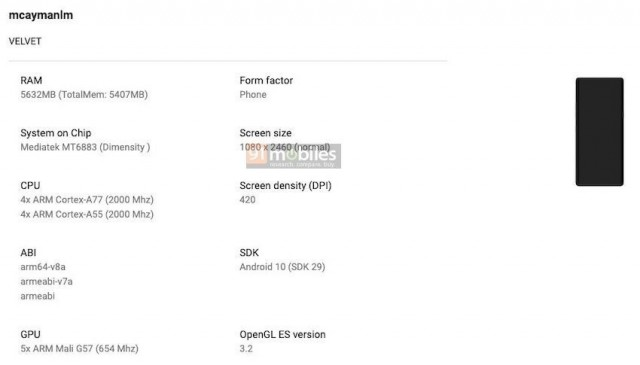 It comes with a 6.8-Inch featuring a 1080 x 2460 pixel P-OLED resolution includes a waterdrop notch on the top of the device. The device appeared with the codename “mcyamanim,” and in terms of camera performance, the device having a triple camera aligned vertically placed on the upper left corner of the device.

The camera of the device housing a 48MP primary + 8MP ultra-wide-angle lens + 5MP Depth sensor. Furthermore, to power the device, it is going to be equipped with a 4300mAh battery using a 25W fast charging.
Unfortunately, there are no further details available about the device so far. Thanks for being with us. We would like to know your valuable opinion and feedback if there is any query with us in the comment section down below.