The Smartphone Market is Getting better each year, You Might ever notice that the Things are Getting Progressively Better. Today we are Going to Review the LG V40 with ITS unreasonable Expensive Price Tag and a Terrible Battery Life. The LG V Series has always been a Boasted Feature packed. This time LG V40 taking one Step Further.

The LG V40 ThinQ Silently announced in New York City on Wednesday by the South Korean Gian. There is a lot to tock about this Smartphone Basically LG made its Own version of Samsung Galaxy S9+ Which is enough to tell. The LG G and V Series are basically the Same There are Slight Changes. 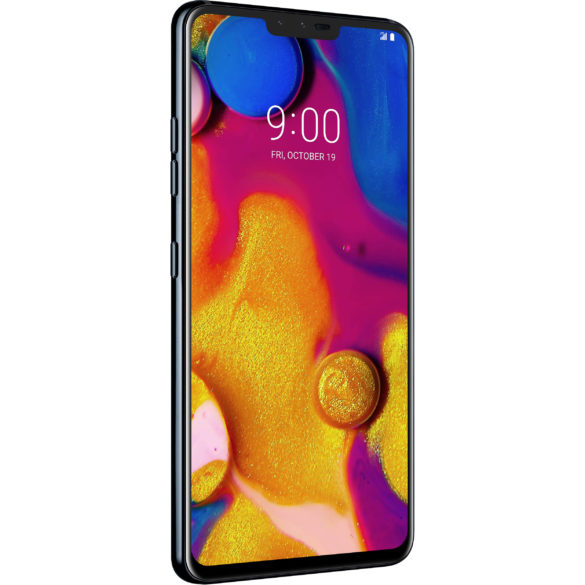 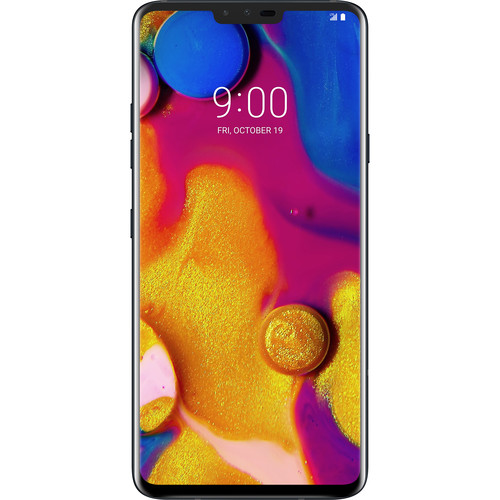 This LG V40 has a Five Different cameras: unique Three on the back and Two on front Setup. Which is Just a Standard Camera for normal Shots, With a Super Wide-angle Camera for Capturing a wider field of View and a Telephoto camera lens to get closer to your Subject? For the Front, it has a Standard Camera Lens and a Wide-angle option to capture more in Just in the Frame.

In the Terms of Design, this has an Aluminum frame and Glass back front and rear. That’s Mean you Easily get Scratches on the back and it has a Rounded Design with the 19.5:9 aspect ration With Notch on the top of the Display with a Massive 6.4-inch QHD+ Display and a Chin on the Bottom.

This is lighter to hold all day long. It has an OLED Display Panel With a Resolution of 3120 x 1440 which is Set 2340 x 1080 default packed with 538 PPI. Which Definitely Brings a Crisp and punchy Display, a deep black With Excellent Viewing angles. The Display is Protected by the Corning Gorilla Glass 5.

The Device is Powered by the Qualcomm Snapdragon 845 SOC coupled with 6GB of Ram and 64Gb of onboard Storage alongside there is a MicroSD card Slot for Storage and a 3.5mm Headphone jack for audio.

The Phone is also an IP68 Water and Dust Resistance, and a Wireless Charging.
The LG V40 also included a USB Type-c headphone Jack on the bottom. it includes its own Improved version of BoomBox Speaker 32 bit Hi-Fi Quad-DAC audio, and DT:X 3D Surrounding Sound. 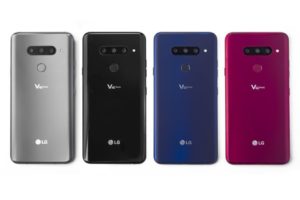 The V40 also features an optic Feedback Which is as good as haptic Engine Apple uses in the iPhone and I am extremely happy to put a dedicated button for Google Assistant. This LG V40 running on the Android 8.1 oreo with its own Version of V405QA10d on Sept 1, 2018, Security Patch,

LG has upgraded the battery capacity in the 40 with a massive 3,300mAh over Six Day screen-on-time. Over the front of the phone, it was standard Selfie Camera of 8-Megapixel and 80 Degree Wide-angle camera lens which is 5-Megapixel Sensor, a 90-degree f2.2 lens.

The Phone is also enabled a Portrait blur and portrait lightning effects for the selfie. phone still retails for around $750 new, let us know what are your thoughts on our LG v40 Review.

The LG V40 is an Excellent Smartphone to differentiates itself with its Unique Camera System. But the Cost is around 1,000 USD. The Price will Be Dropped below 650 USD.

Realme U1 PROBLEM: YOU SHOULD KNOW BEFORE BUYING IT